RISING COMMERCIAL RENTS, choppy international markets and funding droughts have all been cited among the reasons for well-known Irish companies going bust this year.

While some closures came as a shock, others were longer in the pipeline.

As we reflect on what was largely a bumper year for the Irish economy, Fora looks back at some of the highest-profile companies that didn’t make it through 2018:

One of the big business stories this year was when Orla Kiely announced the sudden closure of her online and retail businesses.

The UK-based designer’s products were once displayed in an exhibition at the London Fashion and Textile Museum, and she generated headlines in 2012 when Kate Middleton wore one of her signature patterned dresses. 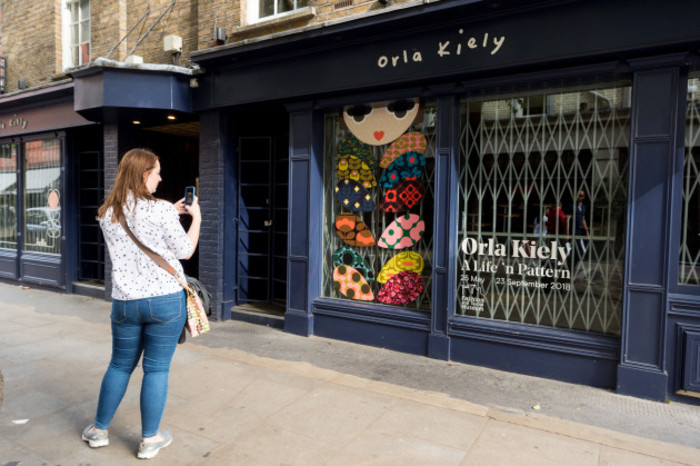 Through a statement at the time of the closure, Kiely said her home and design licensing business would keep trading, but her London and Kildare shops were shuttered immediately.

The reason behind the collapse wasn’t never fully disclosed, with the company citing only “various challenges” in the UK and other markets. The administrators’ report later revealed the outfit left behind debts of over £7 million.

The dramatic collapse of online donations platform Pembroke Dynamic left several charities searching for €3.8 million that was The company was wound up after it failed to settle a €400,000 tax bill with Revenue.

Its managing director Peter Conlon was later convicted by Swiss authorities for embezzlement and pleaded guilty to using millions of euro worth of donations to finance the company.

In 2017, the Dublin-based company announced a €25 million series A funding round led by an unknown private investment trust called Swiss Privée. 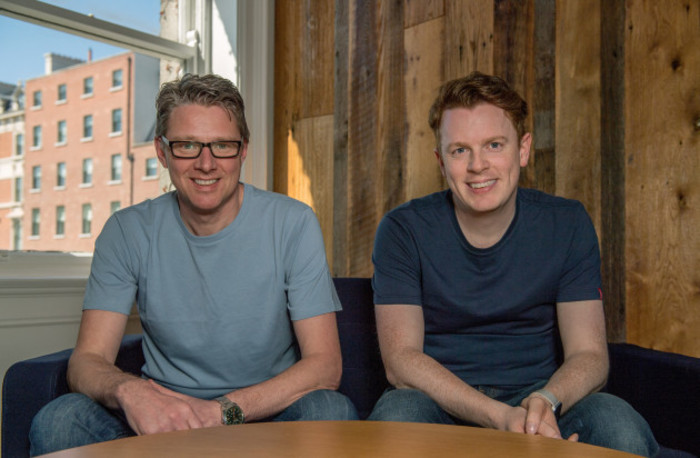 It was later revealed the trust was only releasing the money in tranches that were dependent on Plynk’s performance.

However the firm apparently struggled to meet its benchmarks and was forced to cut its workforce and stop taking on new customers.

It was never clear how the fee-free company planned to make money in the long-term, with its founders twice declining to explain its revenue model to Fora.

After riding out the doughnut craze, Aungier Danger disappeared from the streets of Dublin in 2018.

At its peak, Phil Costello’s company operated four outlets – two of which were pop-ups – and the company’s food truck was a familiar sight at music festivals.

When Fora first reported the news of the doughnut shop’s demise, Costello put on a brave face and insisted Aungier Danger was “not going anywhere”. The liquidation was “officially” announced two months later.

Another famous food chain that disappeared from the capital was Joe Macken’s Jo’Burger group.

Macken played a bit of musical chairs with each of the restaurants in recent times, with various outlets swapping premises. 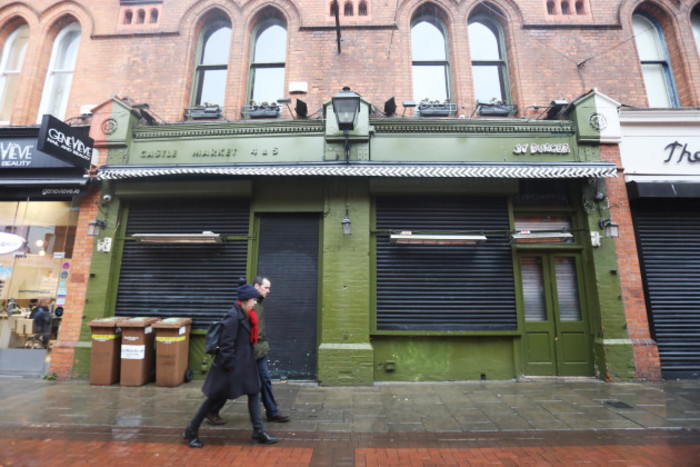 The closure of the group was announced just a few weeks after Hey Donna abruptly closed its Rathmines location and relocated to the former Skinflint premises, previously home to Crackbird.

Macken announced the end of Jo’Burger just over a year after his previous business partner John Roberts exited the group. The company had previously declared insolvent in 2009 but survived the near-collapse after agreeing a rescue deal with an examiner.

An Post challenger Citypost had a tumultuous 12 months before it ultimately folded.

In 2017, it was reprimanded by the industry-funded ads watchdog following complaints from An Post that it was spreading “misleading” information about the semi-state’s services. 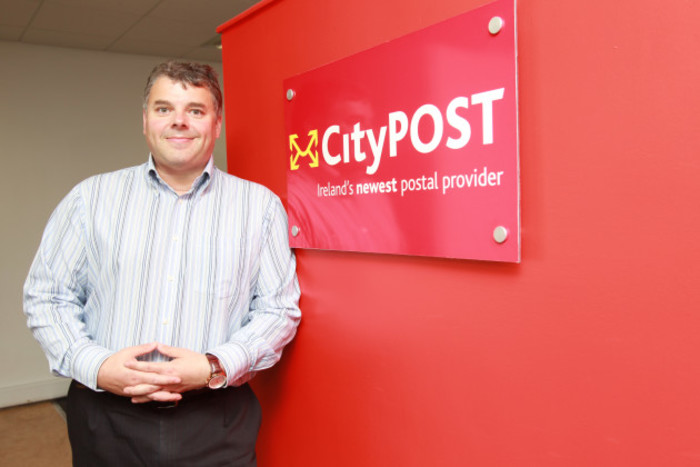 The rebuke came the same month An Garda Síochána launched an investigation into Citypost following complaints made to ComReg by an ex-employee.

This was the company’s second time to be probed by the police – gardaí had previously looked into an incident where several confidential corporate letters were sent to the wrong address.

Two months after the last garda investigation, CityPost was forced to temporarily take down its website after an alleged security flaw was found in its system.

The tidal energy developer was wound up after its examiner said it wasn’t possible to save the Dublin-headquartered company, which had employed 100 people around the world.

OpenHydro had raised €47 million from investors in 2016 but had to cut around 50 staff from its workforce after its owned admitted the marine renewable energy market was “progressing more slowly than initially foreseen”.

The company eventually went under with debts worth an eye-watering €280 million after a rescue attempt came to nothing.

Parts of Kildare-based Sammon Contracting group were wound up as a result of the catastrophic collapse of UK construction giant Carillion.

The Irish group was owed €8 million by the former British giant and the closure of two of its companies jeopardised several school-building projects.

Sammon group founder and chief executive Miceál Sammon said at the time that it was a “painful and distressing time” for all those in the business.

It had secured a €50,000 grant from the EU’s European Innovation Council, but it’s believed the funding was never drawn down after the company spent several months trying to secure additional investment. 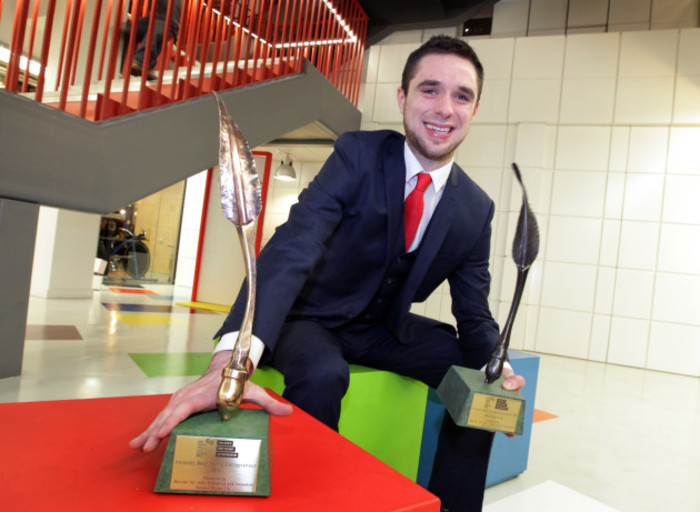 Founded in 2013, the Blackrock-based software outfit had a promising start after securing the backing of several private investors including ex-Ryanair deputy CEO Michael Cawley.

The company had planned to roll out a system that would help e-commerce sites track their performance and ultimately boost sales.

But the business was put into voluntary liquidation back in March after it was unable to get the “customer traction” needed to attract €1 million in funding and hit its target market.

The Irish ‘LinkedIn killer’ founded by serial entrepreneur Eamon Leonard met a similar fate after it failed to secure funding.

Cohort had the ambitious goal of unseating the US giant as the leading social networking site for professionals and had raised €600,000 from several high-profile investors including Hostelworld founder Ray Nolan and Harper Reed, the former technology officer for Barack Obama’s presidential re-election campaign.

It had been eyeing an eventual seed round of €1.5 million, but eventually shut down after it was unable to secure adequate backing to continue.