RENEWABLE ENERGY DEVELOPER OpenHydro is to be wound up after the firm’s examiner said it was not possible to formulate a scheme that would save the enterprise.

The court was informed today that, after what has been a complex legal dispute, Deloitte insolvency specialist Ken Fennell had arrived at the conclusion that the protection of the courts granted to two OpenHydro companies should not be continued.

The Dublin-based company, which has debts of €280 million, has operations in Ireland, Scotland, Canada, France and Japan and employed approximately 100 people. It specialised in the development of turbines that generate electricity from tidal energy.

In August, Fennell was appointed as interim examiner to the OpenHydro group after the High Court was told that an independent expert’s report had shown the companies had a reasonable prospect of survival if steps like securing new investment were taken.

A group that together owned 12% of the company and included some of the firm’s founders had petitioned the court to appoint an examiner.

The company’s main shareholder, French firm Naval Energies, which owns 71% of OpenHydro, sought the liquidator’s appointment and had opposed the examinership, arguing that the company will continue to make losses in the future.

Following a two-day hearing earlier this month, Ms Justice Eileen Creedon agreed with Naval and refused to continue the examinership.

A stay was placed on her decision and an appeal was due before the Court of Appeal in early October. Fennell continued in his role pending the outcome of that appeal. The case returned before Ms Justice Bronagh O’Hanlon at today’s sitting of the High Court. 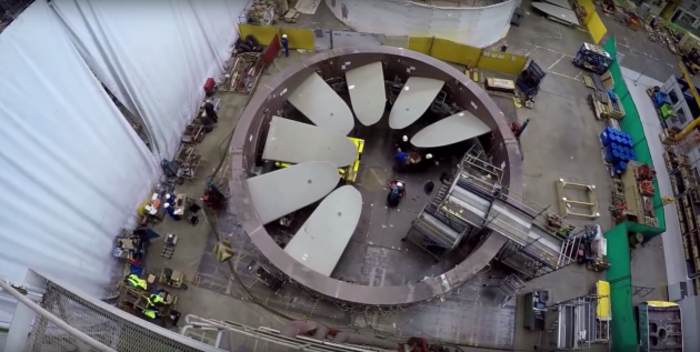 Declan Murphy, representing Fennell, said it was the examiner’s belief that his client could not put together a scheme of arrangement with the group’s creditors that would save the company.

In the circumstances, counsel said that the protection of the court should be lifted.

Neil Steen, representing the group of shareholders that owns 12% of OpenHydro, said that in light of the examiner’s findings the appeal was now pointless.

Ms Justice O’Hanlon agreed to formally end the examination process and adjourned the matter to a date in October to deal with all outstanding issues in the case including costs.

OpenHydro last year cut around 50 staff from its workforce after its owner admitted that the marine renewable energy market was “progressing more slowly than initially foreseen”.

In 2016 it raised €47 million from investors, including €40 million from its majority owner. The remainder came from minority shareholders.