DUBLIN-BASED MONEY messaging outfit Plynk is heading for liquidation only a year after laying claim to one of the largest-ever early funding rounds for an Irish startup.

According to a notice issued by the Companies Registration Office, the company’s creditors have arranged a meeting at the end of the month, at which Jim Stafford of insolvency firm Friel Stafford is due to be appointed as liquidator.

Just one year ago, Plynk announced that it had completed a €25 million series A funding round led by a little-known private investment trust called Swiss Privée.

The firm had previously taken on funding from the State-supported Enterprise Ireland and NDRC, among other sources.

The series A announcement was made to much fanfare at Web Summit’s fintech event, Moneyconf, in Madrid. The company followed up the funding announcement with a pledge to create 40 new jobs at its Dublin headquarters in October.

However, an Irish Times report in March revealed that the company was experiencing funding difficulties and was unable to pay some staff, was forced to let others go and had stopped taking on new customers.

The report also disclosed that the funding provided by Swiss Privée was to be issued in several tranches that were dependent on Plynk hitting certain targets.

Plynk co-founder and chief executive Charles Dowd told the newspaper at the time that it was taking the company longer than expected to reach those targets and that both parties had “misinterpreted the amount of effort it would take to meet some of the agreed goals”.

When contacted by Fora today, Dowd said he didn’t wish to comment on the matter at this time. 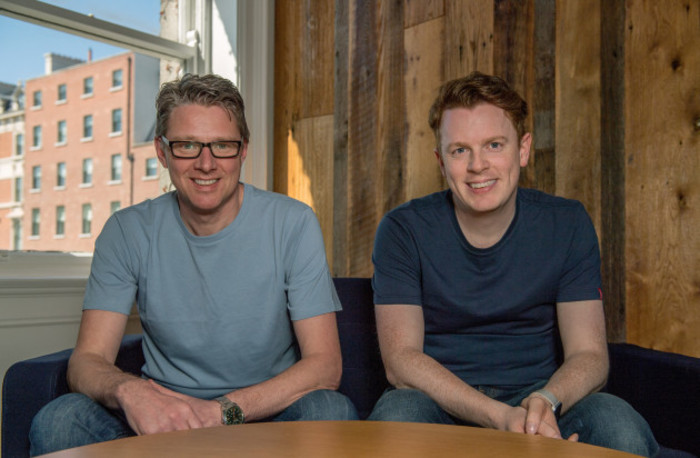 Founded in 2015 by Dowd and Clive Foley, Plynk went through the NDRC ‘Launchpad’ accelerator programme and was developed at Bank of Ireland’s ‘Workbench’ co-working space in Dublin’s Silicon Docks.

The company’s service – targeted primarily at 18-to-25-year-olds – worked in the same way as chat apps, except users can send money to each other as well as messages.

Plynk was, however, by no means the only company operating in the peer-to-peer money transfer sphere, with the likes of Circle already well established in the market.

It is not clear how Plynk intended to monetise its service as it launched on a fee-free basis for customers.

When questioned last year about the company’s revenue model, Foley told Fora that the firm was “concentrating at the moment on the product and growth”.

In 2016 Plynk raised €725,000 in seed investment with backing from Bank of Ireland’s startup equity fund, which is managed by venture capital firm Delta Partners, Enterprise Ireland, the NDRC and a number of angel investors.

The firm’s latest accounts, which cover to the end of 2016, show it was sitting on accumulated losses of €454,000 at the time and had an average of six staff on its books during the year.