DELIVEROO’S NEW GENERAL manager for Ireland has defended its proposals for altering self-employment rules as it prepares a wave of measures for expanding in the market.

The European food delivery giant, which recently raised $575 million from backers including Amazon, is gearing up to expand its operations in Ireland and elsewhere – despite recently pulling out of Germany – as the sector heats up further.

Michael Healy took over the reins at Deliveroo in Ireland three months ago and will be overseeing those plans here. He was former chief marketing officer at The Restaurant Group in the UK, whose brands include Wagamama, and he served as commercial director at bookmakers Paddy Power.

Two key areas for Healy will be managing Deliveroo’s relations with restaurants and the delivery riders that make the whole thing work.

The company recently filed a submission to the Department of Employment Affairs and Social Protection that made the case for a new model where it could provide some benefits to its delivery riders but still not directly employ them.

“For us, we think employment law has not evolved in the same way as how people engage with the economy, how people wish to spend their time and earn their living. What we’d like is an end to the trade-off between security and flexibility,” Healy told Fora in an interview.

Under the proposal, a delivery rider would, based on services rendered, accrue benefits like sick pay, for example. It already provides insurance to riders.

“Services rendered would allow us to accrue benefits to that rider and offer them some security alongside the flexibility that they value.”

The proposal takes a few cues from France where a similar charter is being devised.

“We’d like to be able to offer (riders) things like training, but we can’t do that today without facing the legal risks, and they’re reclassified as employees, which means we have to commission a minimum number of hours, which takes away the flexibility that they desire.” 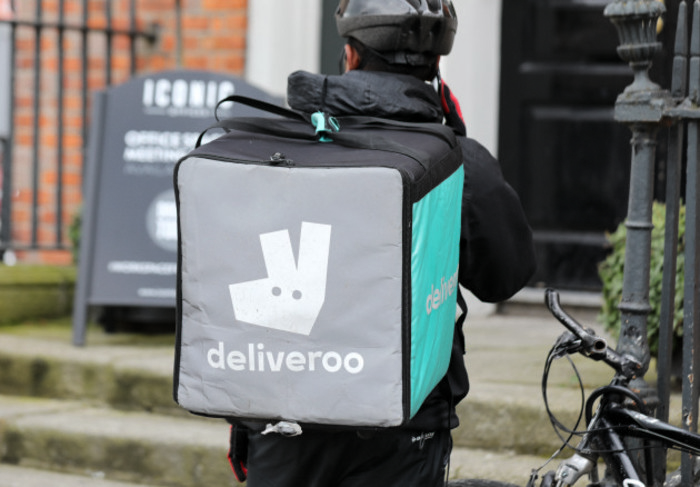 When asked about employing riders in the traditional sense, Healy repeats a common mantra among on-demand and gig economy companies around flexibility.

“We’ve objectively asked (riders) and 86% said that the thing they value the most about working alongside Deliveroo and engaging with the Deliveroo platform is the flexibility.”

The self-employed model used by gig-economy workers comes in for regular criticism and in some cases legal challenges; one case in London causing a particular stir over workers’ rights.

“I guess my personal challenge to those who would feel they would disagree with the sort of concept of self-employed riders will be go talk to them because, ultimately, they’re telling us really loudly, really clearly that the way we’re setting things up from today is what they want to continue,” Healy countered.

Deliveroo has 1,000 riders in Ireland, many of whom work with competing platforms like Uber Eats as well.

Speaking to Fora, Healy laid out Deliveroo’s plans for expansion in Ireland, including deeper restaurant partnerships, late-night deliveries and collection services, in the face of growing and evolving competition.

Its chief competitors in Ireland are Just Eat, which announced a merger with Takeaway.com recently, and Uber Eats, which entered the Irish market in November 2018.

Ireland is not unique in the European market in this regard. Just Eat’s consolidation will have significant effects on the whole sector – Deliveroo recently pulled out of Germany, leaving Takeaway.com as the lead operator there.

Healy said the company is pursuing deeper relationships with restaurants, such as exclusive partnerships that would see lower rates and assistance in marketing efforts, such as virtual brands.

“You’re going to see a variety of different tactics by different marketplace platforms, but also by different restaurant operators,” he said.

“They’re solving for different goals. How I see it evolving is towards a much deeper relationship. Right now, an awful lot of restaurant partners and delivery platforms are (operating) on a very transactional basis, it’s less of a partnership and more of a means to an end.”

Healy said an exclusive arrangement makes it easier for restaurants to manage orders by using one platform rather than juggling two or three.

Some restaurants have signed up to exclusive deals while others have preferred to keep their options open.

He added there is likely to be a mixed approach between Deliveroo’s business of providing logistics and its ‘marketplace’ feature that allows food businesses to carry out their own delivery.

“The reality is, there’s 25,000 commercial kitchens in Ireland, there’s unlikely to be a single archetype in the long run in terms of relationships between restaurants and delivery platforms, it’s just going to take on a variety of different formats.” 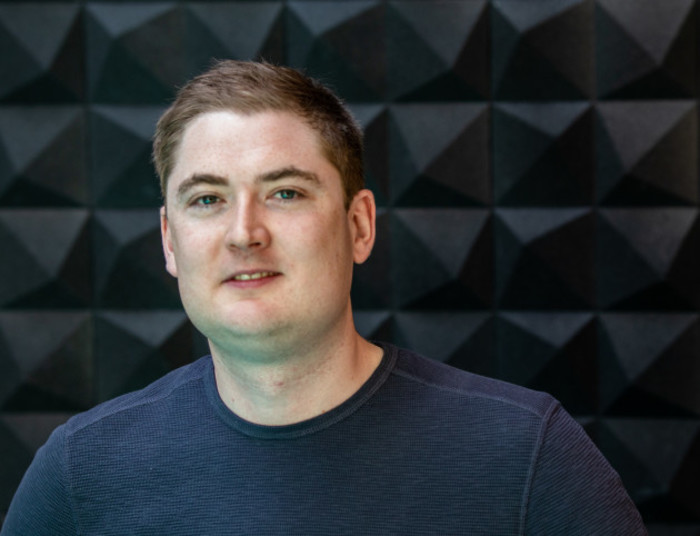 In other markets, Deliveroo has been running so-called ‘dark kitchens’, which are branded as Editions. These are commercial kitchens that prepare food solely for delivery and have no customer-facing or sit-in components.

It has 16 of these dark kitchens in the UK but Healy said there are no immediate plans for Ireland. His predecessors, Liam Cox and Oliver Dewhurst, previously hinted at the prospect of bringing the concept to these shores.

One feature that will be arriving soon though is click-and-collect where users can pay for food in advance and skip the queue at the store to collect it. This will directly challenge Irish startup Bamboo.

Deliveroo is active in Ireland’s major cities – and has been turning a profit – but has not expanded into smaller cities and regional towns. That Healy intends to change in the coming years.

This expansion will likely take a different shape to suit the market, such as the marketplace model for deliveries rather than deploying a fleet of riders, which may be impractical.

“Let’s say Waterford or Kilkenny, I think that’s a near-term aspiration for us. I think as you get deeper into the population coverage, there’s always going to be a tweak in how we the tackle those markets,” Healy said.

“The ability to mix and match that with our core service where we offer our own delivery riders, plus the click-and-collect model, means that you’ve got the best of all worlds.”