AS IRELAND’S FOOD-DELIVERY market heats up, the major operators are fighting to shore up their shares of the restaurant and takeaway sector.

Uber Eats launched in Ireland in the first week of November to challenge the dominance of Deliveroo, which has had a presence here since 2015.

Since then, as revealed by Fora, the more established player has tried to defend its territory, warning restaurants that it would increase their commission rates if they signed up for the rival platform as well.

One restaurant was told by Deliveroo that its rate would be booted from 30% to 35% unless it stuck with the UK company’s service exclusively.

While charges for each service vary from restaurant to restaurant, commission rates typically range from 20% to over 30% – a large slug of the profit margin on any individual order.

The owner of another Dublin restaurant, who signed up to Uber Eats when it launched in Ireland, said his business paid a commission of around 23%. The restaurant also uses Deliveroo and Just Eat.

The owner, who asked not to be named, said some of the services have also contacted him about upping their rates unless he chooses an exclusive relationship.

“It’s a matter of greed, isn’t it? Everybody wants more for themselves,” he said.

“They’re not cheap, that’s for sure, but again they give you access to a wider market that you yourself would need to spend a lot of money to gain access to. In that sense it’s a relatively fair balance.” 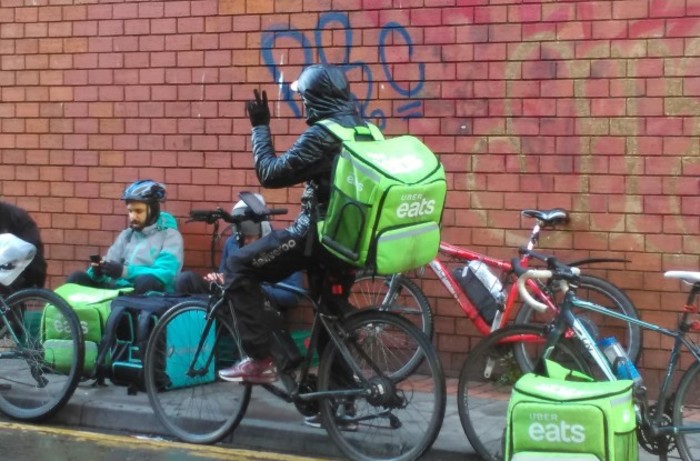 He said the restaurant will continue to use multiple operators as otherwise “you’re losing out” on potential customers.

“Even if they charge whatever, if you’re doing it on your own, you would never be able to achieve it. They’ve got an audience.”

While Ireland represents a small market for the delivery giants compared to place like the UK, there is clearly money to be made. Deliveroo delivered its maiden profit with sales of €5.1 million in the Republic last year.

Just Eat, which has operated for 10 years in Ireland, had local sales of €20.5 million in 2017 for a profit of €3.9 million. It has been rolling out its own delivery service of late to complement its core order-processing business.

Michael Piwnik, the director of operations for Dublin barbecue restaurant Smokin’ Bones, which has three outlets in the city, said his chain had considered doing its own deliveries a few years ago but it had proven untenable.

Employing drivers, parking facilities and traffic are all major inhibitors to restaurants operating their own deliveries, he said.

The weather is a factor as well, with large peaks and troughs in demand depending on the time of year and the weather conditions.

“You have to pace your rosters, for the drivers, based on the weather forecasts,” Piwnik said.

“It’s always difficult because you can under staff or over staff and you have to pay them. Nobody will work for free. That’s why Deliveroo and Uber Eats works for us well, because if you get the order we have a driver. If we don’t have an order, we don’t pay anything.” 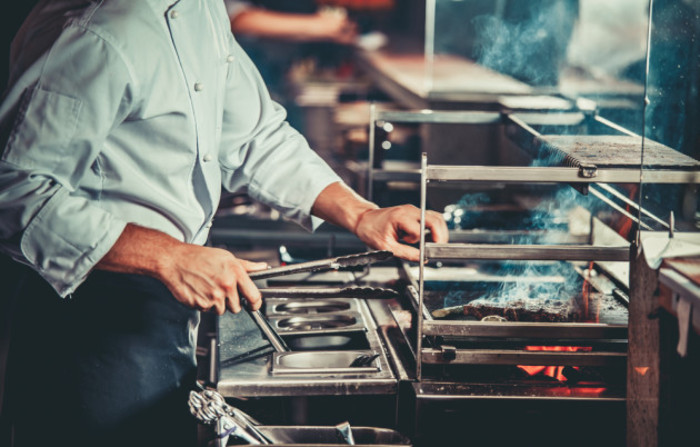 Smokin’ Bones didn’t reveal what rates it is paying but said since Uber Eats launched it has been able to re-negotiate fees with the various operators.

“I was sceptical of how (Uber Eats) were going to get into the market because it’s not that easy. There are so many parts (in delivery) that could go wrong.”

Piwnik added that Uber Eats had been a little slow to start, but it was catching up with competitors for the efficiency of its deliveries.

Nevertheless, he planned to wait for the heavy initial marketing to die down to make a final evaluation on which platform was the most effective in delivering more business.

“I want to see after all the promotion is finished. Are (customers) going to stick with Uber Eats or Deliveroo? I don’t know,” he said.

“All of these platforms want us to be exclusive. I’m not really convinced of that idea, I like diversity. I like to give my customers the options on which platform is suitable for their needs.”

Nevertheless, not every restaurant agrees that the on-demand delivery market is a must-have in the food business.

Sandymount burger joint BuJo has decided to eschew outsourced food delivery to focus on the in-restaurant experience, according to co-owner Michael Sheary. 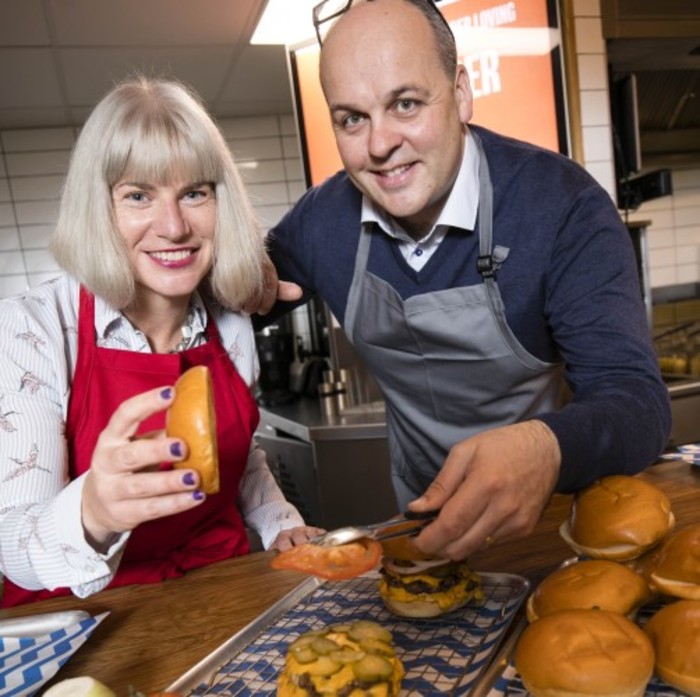 “I don’t dismiss outsourcing delivery. I think it’s very valuable for restaurants who choose to do that. We’re just not ready for it right now,” he said.

Sheary said he has some concerns over the “guest ownership in the relationship” with man-in-the-middle delivery operators.

“What I would like to see is a more equitable, commercial balance in it,” he said in order to maximise the potential “tremendous benefits” of delivery for restaurants.

“The delivery companies can take up to a third, and there would want to be a very good model in place to make sure that your business can sustain that.”