A BIG DISAPPOINTMENT, but perhaps not a total shock – that’s the general view of Norwegian Air’s decision to end transatlantic services between Ireland and North America.

The move comes after years of ups and downs for the scrappy Scandi carrier, which helped create a new low-fare, long-haul market that has benefited consumers.

The last 12 months or so have been particularly turbulent, featuring a takeover that wasn’t, ballooning losses and a global grounding of some of the airline’s newest planes.

With that in mind, here’s all you need to know about what happened to Norwegian’s transatlantic dream and what it means for Ireland.

For those of you in need of a refresher, budget carrier Norwegian Air announced this week that it’s going to stop flying between Ireland and North America from 15 September.

Since 2017, the airline has rolled out flights between Dublin, Cork and Shannon and out-of-town destinations on America’s east coast, as well as a service between Canada and Ireland’s capital.

The airline – which will continue operating services between Dublin and Oslo, Stockholm and Copenhagen – has offered to refund or reroute passengers and is currently in talks with 48 pilots and 86 cabin crew based in Dublin who are affected by the decision.

But that doesn’t appear to be the only contributing factor.

Norwegian’s arrival in Ireland, which dates back to 2014 when it set up a subsidiary here, was bumpy from the start.

As previously explained by Fora, the airline faced fierce political and trade union opposition in the States. That lobbying battle between American stakeholders and Irish officials ultimately delayed the launch of Norwegian’s Ireland-US flights – originally announced in September 2015 – till July 2017.

During the intervening years, Norwegian has grown its international services rapidly – and hemorrhaged money. It posted losses of 1.49 billion Norwegian kroner (€153.8 million) in the first three months of 2019 alone – that’s compared to a loss of 46.2 million kroner (around €4.6 million) during the same period last year.

In the last year and a half, there were talks of a takeover by Aer Lingus owner IAG, but the group bowed out after it became apparent it would have to enter a bidding war with another potential suitor.

As well as creating a distraction, the takeover-that-wasn’t, coupled with general discussions about the health of the business, would have made it more difficult for Norwegian to negotiate with its creditors. 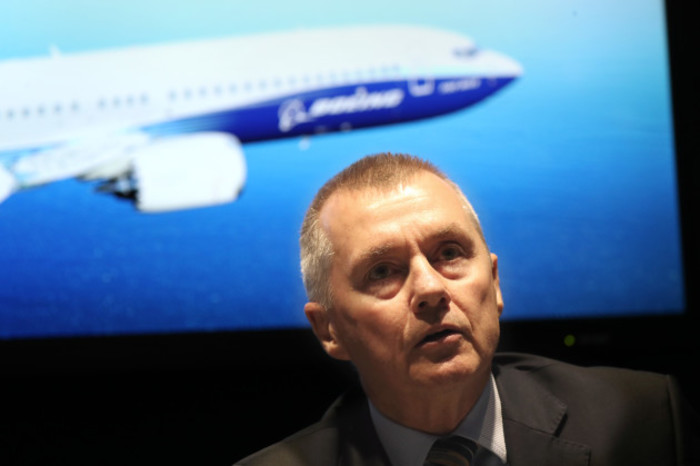 On top of all this, so-called legacy carriers like Aer Lingus and American Airlines – desperate to protect their share of the transatlantic market – rolled out rival products, providing fresh choice for consumers and more competition for Norwegian.

Over the years, it has rowed back on some of its Irish services, and it ended flights to and from Belfast International Airport last year – at the time, officials at the Northern Irish hub branded the decision as “moronic” in a jaw-dropping public statement.

Then the grounding of the Boeing 737 Max happened.

Norwegian was the Max’s launch customer in Europe and it makes up about 11% of its global fleet.

When the model was grounded by global aviation regulators in March following two fatal crashes, Norwegian was forced to improvise and source replacement aircraft.

In Ireland, it stopped services from Cork and Shannon and began bussing passengers to Dublin, where it used a Boeing 737-800 and a leased Airbus A330-300 to fulfil services to Providence-Boston and Stewart-New York.

Ultimately the associated costs with managing the Max grounding meant the routes were no long commercially viable.

What does this mean for Ireland?

Norwegian’s departure from Cork Airport is particularly painful. It was the Munster hub’s first and only scheduled transatlantic service and provided a gateway for both the local tourism industry and multinational companies with a presence in the rebel county – such as Apple.

Cork Airport, owned by DAA, has already been in discussions with other potential replacement carriers and it is hoping to secure a new transatlantic route by summer 2021 at the earliest.

Shannon Airport has an existing network of transatlantic services provided by Aer Lingus, United, Delta and American Airlines, but the airport’s owner has estimated the loss of Norwegian will cost the region €60 million.

The loss will have less of an impact on Dublin Airport, which is still well-connected with around 200 North American flights a week this summer.

For the consumer in general, there are concerns that the gap in the market left by Norwegian’s budget proposition could have an impact on fare pricing – the Irish Travel Agents Association has already predicted prices will “climb up”.