OVER THE PAST year, Fora has published dozen of stories from entrepreneurs detailing the obstacles they have overcome in business.

Between robberies, warehouse fires, delayed Christmas shipments and near-death experiences, these business owners have been through a lot and managed to come out the other side.

Here are some of the most powerful examples from the past 12 months of entrepreneurs who bounced back from adversity, in their own words: 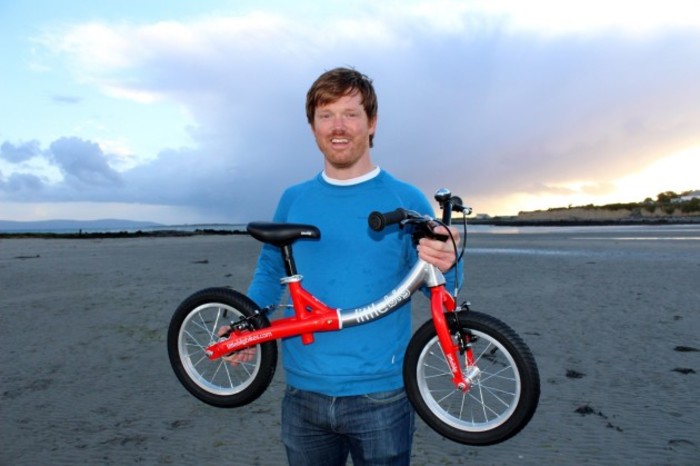 After cycling around the world, Simon Evans returned home and started his own business selling bikes for children.

The sales flooded in and after weathering a shipping issue that nearly ruined their Christmas orders, Evans got the call no business owner wants to receive.

My heart sank. That was all my stock, I had orders ready to go out and now had no idea what I was going to do. I was living in Galway at the time and sure even if I was there, I couldn’t have done anything.

I tweeted to Dublin Fire Brigade asking about my bikes. They actually got back to me saying my bikes were OK. The relief washed over me, it was great. I thought I could probably salvage them even if they were a bit smoke-damaged.

Then the following day, I got a call from the fire chief saying, ‘You’re near the reception on the ground floor, aren’t you?’ I said, ‘No I’m down the other end on the first floor’.

There was silence on the other end, then, ‘Sorry man, but everything in that end has been turned to ash.’

Basically he had seen a couple of my bikes getting ready to be shipped and thought it was all my stock, but all my goods were actually down the other side. It was all gone.

Spring sales had just gone really well, so I was in a real good place. But that whole experience left me gutted; because the fire brigade thought the stock was OK but it wasn’t, it felt like I lost everything twice.” 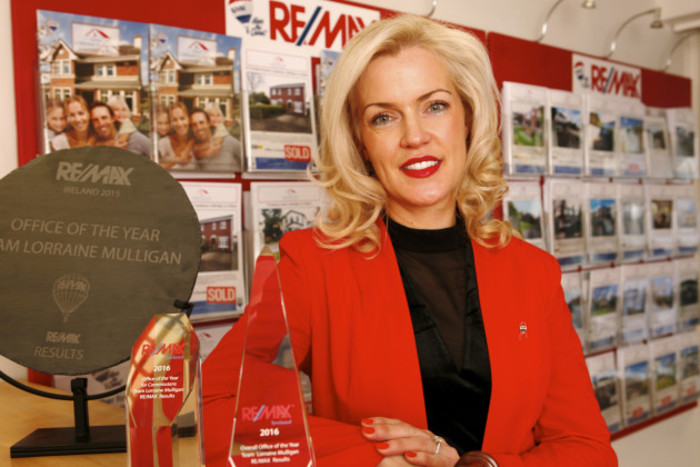 A lot of entrepreneurs have horror stories from the recession, and real estate business owner Lorraine Mulligan is no different. A robbery at her home made it tough to stay positive through the tough economic period – but she persevered.

“I had a little boy relying on me, and if my business fell apart I honestly didn’t know how I was going to survive.

Then the house I was living in was robbed and they took every valuable I had. I wasn’t there at the time, but they came back again three weeks later, smashed down my front door and came up the stairs after me for the keys of my car.

I thought they were coming back to kill me. The way I saw it, there wasn’t anything valuable left in the place. There were four lads in black balaclavas and thank God they found the keys themselves and just took off. I never saw the car again.

I couldn’t sleep at night after that, so I sold the house in the recession for half nothing because I needed to get out of it for my sanity.

Some people said to me, ‘You must feel like the world is against you.’ But on my travels I meet a lot of people with sick children or fighting for their own life. No matter how bad your story is, there are people who have it far worse out there.

I had my health and used that to try to stay positive, although there were some really bad days.

I had lost my marriage, a chance of becoming a mother again, the few valuables I had, the car I drove, my home and there was debt to repay as a result of the recession. It was a really difficult time, but I kept positive and kept driving on. Failure was not an option.” 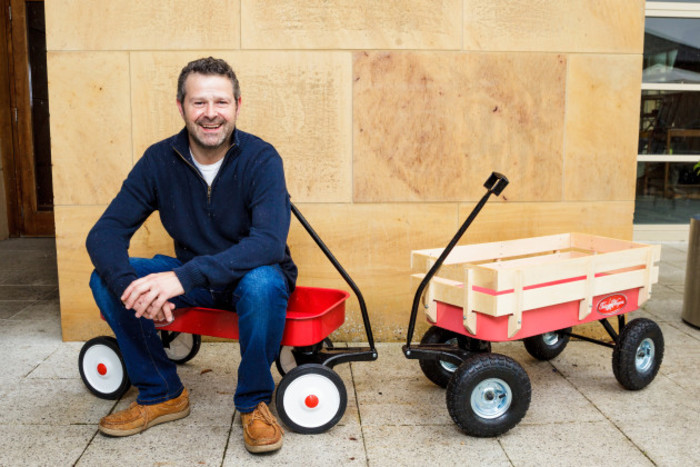 In 2008, Derrick Bell left his job in sales after taking redundancy, something he says was a push in the right direction.

He set up a business selling wagons for children – and after one radio interview he was jumping with joy, until 30 minutes later when the things started to fall apart.

“The tipping point for the business – when I knew people wanted to buy what I was making – was the first Christmas we had in 2012.

I got a call from Ian Dempsey’s radio show and they wanted to do an interview with me. At the time they were doing these interviews with Irish businesses, and that was brilliant because it was truly the kick-start I needed.

I did the interview in the lead up to Christmas, and I was jumping for joy. I was the happiest man in Ireland for about 30 minutes.

Half an hour after I was out of the TodayFM studio, I got an email from the Chinese suppliers. They said that the container was delayed and wouldn’t arrive until after Christmas.

Even though I went from elation to despair in the space of an hour, I knew there was something there. I might not have been able to fulfil the orders coming in, but I could see the interest.

I spoke to a friend of mine and told him the story about the missed shipment and he said, ‘Do you know what that’s called? It’s called business.’ That kept me going. But at the same time, what else could I do? There were no jobs.” 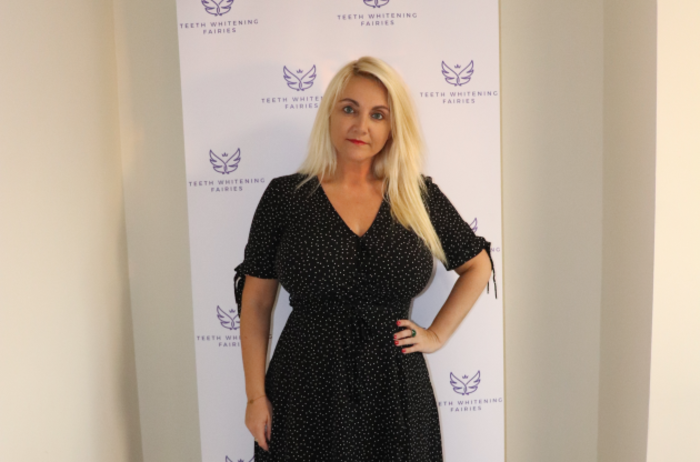 Before hitting on her idea for a mobile teeth whitening service, Aisling Burke bounced back from some dark days in her life. She shared her experiences with mental health and how she stays positive while juggling a heavy workload.

“I decided to go back and follow my passion, so I went to study acting over in Los Angeles. I had done it a lot when I was younger and went back because I figured it was something I enjoyed.

However, the rejection was so tough to take. I went to so many different auditions and got a bit of work, but I couldn’t catch a real break and never got as much work as I wanted.

One particularly bad day, I remember I was walking into a shop and feeling so alone. A woman smiled at me – I have no idea who that woman was – and asked me how I was.

It made me stop and say to myself, ‘What are you doing? Stop. You’ve got so much to live for.’ And ever since it’s something I always do in my life, just smile at someone and say, “How are you?” It could make their day and change their life.

When I look back now on my life, I am so grateful for what I went through because it made me the person I am today. I love me for me now, which can sound cheesy, but it means I don’t need other people’s validation or €1,000 handbags to be happy.” 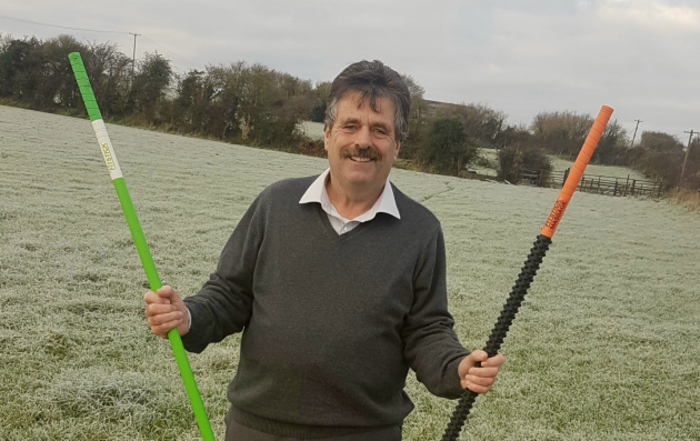 Richard Weldon was a farmer before he kickstarted a new business designing sports and warm-up equipment. It was an on-farm accident that forced him to give up his passion, which he describes was the scariest moment in his life.

“One Monday night at 10 o’clock we were harvesting and an oil pipe broke. We were meant to be back harvesting at 6am the next morning. So I was there at 4am trying to fix this pipe.

It took them three hours of cutting apart the machine to get me out and I was badly broken up and ended up losing my left arm – it’s now metal from the elbow down.

I told my wife Philomena in the hospital after the accident that during the 20 minutes on my own in the machine, ‘I’ll never be scared again if I get through this.’

I was bleeding heavily while blacking out, so I thought I was dying. But what happened to me for the next two years made the accident look like a bag of sweets. I’ll tell you what’s really frightening: disappearing in front of yourself.”