ONE OF IRELAND’S most influential business groups has claimed that high-profile planning disputes are portraying the country as a “difficult place to do business”.

A new report from Ibec has highlighted that the country has “lost ground” in international ‘liveability’ rankings and a raft of infrastructural projects are needed to help the country compete for foreign investment.

Last year, the IMD Competitiveness Yearbook for 2018 ranked Ireland as 12th in the world for competitiveness – down from sixth place the previous year. The drop down the table was the largest of any country in the top-20 list.

Ibec’s new report has noted that the country’s competitiveness is being specifically harmed by issues in its planning system.

The authors said that the planning system needs to be reformed to speed up the rate that Ireland can build much-needed infrastructure and increase housing supply – two issues that are making the Republic a less appealing foreign investment bet.

The researchers specifically cited high-profile planning disputes – like the long-running saga around Apple’s data centre in Athenry – as issues that are spooking foreign investment.

Apple proposed the construction of the data centre in 2015, which was given the green light but then delayed by a number of legal challenges. In the intervening period, the Silicon Valley colossus ultimately decided to abandon the development.

Ibec noted in its report that negative publicity around planning cases such as this “give the impression that Ireland is a difficult place to do business”.

Speaking to Fora, the group’s senior policy executive, Aidan Sweeney, said Ireland needs to be seen as a place to do business on all metrics – and planning is one of the most important factors.

“The metrics for the likes of ease of setting up a business are important and look good, but we fall down on rankings when it comes down to our planning system and getting things done,” Sweeney said.

“Can we actually get something built in a reasonable time frame? If you can’t build something on a time frame, the people investing will go elsewhere.” 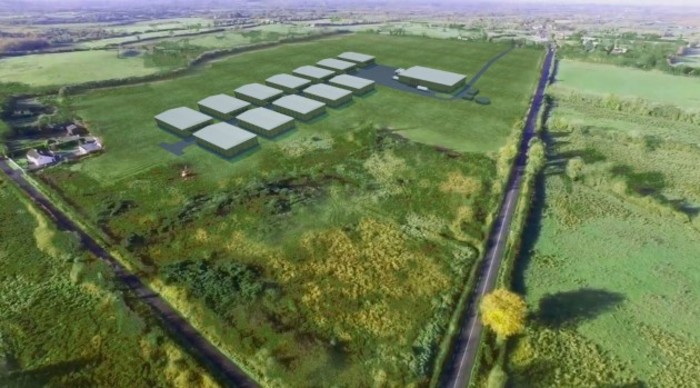 In the new report, Ibec researchers cited other instances in which planning disputes have delayed, and eventually derailed, much-needed development.

They said the legal tactics that “fatally delayed” Apple’s data centre were not an isolated incident and that Ibec is aware of several cases that have “dragged on unnecessarily”.

Ibec claimed that both projects have been delayed by “vexatious” court challenges, with Indaver’s proposed facility in “legal limbo” for six years before construction commenced and Eirgrid’s plans still stymied by court cases since 2016.

Ibec also suggested some amendments required to the Irish planning system that would help speed up development of housing and infrastructure.

The implementation of planning policy can be inconsistent between local authorities, the authors said, while oversight bodies such as An Bord Pleanála are suffering from a backlog of cases to make a ruling on.

They suggested the creation of a dedicated planning division within the Commercial Court to deal with all appeals against national planning board decisions put up for judicial review.

One specific suggestion by Ibec to streamline work at the local planning level included county councils planning boards pooling their resources to work through backlogs in undecided cases.

“Unpredictable planning systems make people stop and think about investment,” said Sweeney. “We need to know (if) the system (is) going to be predictable with defined processes that take a certain amount of time.

“We’re not looking for planning to be deregulated, just for the application and decision processes to be done in certain time frame.”