IRELAND HAS SLID down the ranks of the most competitive countries in the world in which to do business.

According to the IMD Competitiveness Yearbook 2018, Ireland is now ranked 12th in the world for competitiveness, down from its sixth placing last year. The drop down the ranks was the largest of any country in the top-20 list.

Ireland was overtaken by several other European countries, including Denmark, Norway and Sweden, in the rankings. The country was marked down for the poor quality of its infrastructure, while it received high marks in areas such as its tax regime.

The top-five most competitive economies in the world remain the same as last year, albeit in a different order. The USA overtook Hong Kong to secure the top spot, followed by Singapore, the Netherlands and Switzerland.

Although Ireland’s position may have fallen compared to last year, it remains ahead of European economic powerhouses Germany (15th) and the UK (20th). It also remains the third-most competitive economy in the euro area.

The rankings, compiled by a research group at Switzerland’s IMD business school, are based on 258 indicators, including data such as national employment and trade statistics, as well as corruption, environmental concerns and quality of life.

Minister for Business Heather Humphreys said the results were a “timely reminder” of the importance of remaining competitive, although she added that the indices were imperfect measures as many were perception-based.

“After several years of improvement, the decline in Ireland’s overall ranking in this year’s IMD publication is disappointing. What it tells us is that we cannot become complacent about the hard-won gains of recent years,” she said.

Humphreys noted that Ireland is ranked first in the world by IMD for productivity in industry and the flexibility and adaptability of workforce. 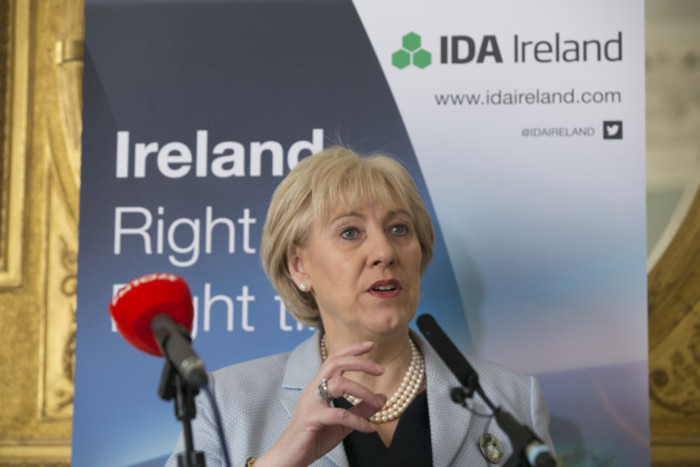 Humphreys said the government’s planned Project Ireland 2040 spending would enable the State to respond to “the obvious deficits in our infrastructure”.

The National Competitiveness Council, the State body that monitors business costs, has previously flagged soaring property prices and the general high prices for trading in Ireland as significant concerns.

Rising rents and housing costs were driving up wage demands, while a shortage of office space in prime locations was also causing a spike in commercial rents, it said.