FRESH OFF LAUNCHING a crowdfunding campaign for its first micro-mobility product, Moby has secured a licence from Dublin City Council to operate a stationless bike-sharing programme.

Stationless bike-sharing services allow users to locate and book bikes through an app. The bikes don’t use traditional docking stations and are often found dotted around a city.

Moby Bikes was awarded the approval to operate a bike hiring scheme in Dublin and will be deploying electric bikes.

Earlier this week, the startup announced its electric-powered micro-mobility device the Jyroball, as part of a range of electric transport products it will release.

Dublin City Council awarded its first two licences in May 2018. These privately-run services operate alongside the council’s Dublinbikes programme.

One of the companies, Bleeperbike, launched services last year. The other, Urbo, never launched its services and experienced delays in getting bikes on the street.

Moby’s Thomas O’Connell told Fora that it will launch a small number of electric bikes in August with a full roll-out in the following weeks.

O’Connell added that the electric bikes, or e-bikes, will allow cyclists to travel longer distances but there will be more overheads associated with running the scheme, opposed to with regular bikes.

He explained that the pricing model will likely involve a booking fee and a per minute charge.

O’Connell said the new bike scheme will address “an unmet need” in Dublin for electric bikes. 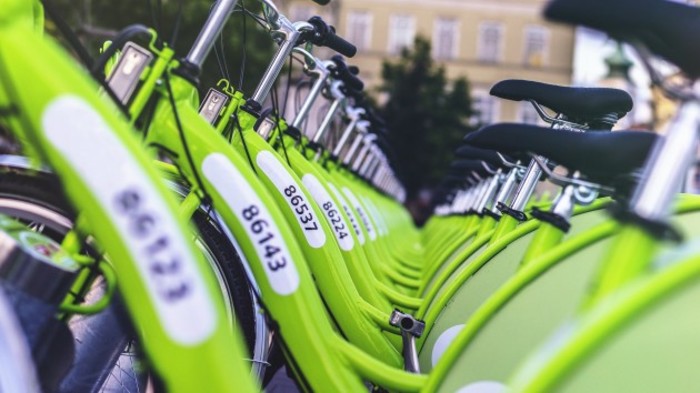 “I think there’s a need for the bikes to go out and go longer distances and that’s where we see an opportunity in Dublin,” he said.

Competitor Bleeperbike is also planning on rolling out its own electric bike in the capital.

Uber, the on-demand mobility giant, had previously lobbied Dublin City Council to launch the company’s electric bikes under the Jump brand but was turned down by officials.

The company had been hoping to roll out Jump bikes in Dublin as one of its first forays into Europe with the service. Jump launched in London late last month.