IRISH SALAD CHAIN Freshly Chopped has been told its Grafton Street store is in breach of planning regulations and has hampered the “retail character” of the area.

Earlier this year, a ruling issued by Dublin council also told the company it has no permission to trade from the city centre outlet.

The ruling was posted after Freshly Chopped applied for permission to continue to operate one of its takeaway salad bars from a Grafton Street unit previously used by Maguires newsagents.

At the time the decision was published, a spokesman for Freshly Chopped told Fora that the company was “disappointed” with the initial decision handed down and they will engage with authorities to address the issue.

It added that the area is a ‘category 1 shopping street’ and Dublin city’s development plan outlines that the priority should be to “protect” the retail function of these streets “with an emphasis on higher order comparison retail and a rich mix of uses”.

“The proposed retention and permission would seriously injure the amenities of the area, (and) would detract from the retail character,” planners noted.

Freshly Chopped has said if this store closes, “it could damage the company so much that it will jeopardise the brand entirely along with over 600 jobs”. The council can issue a planning enforcement with or without the backing of An Bord Pleanála in order to force through the closure of the store. However, the latest ruling can still be appealed to the High Court by the company.

Dublin City Council told Fora: “As the matter is the subject of legal proceedings, DCC cannot comment on the matter.”

A Freshly Chopped spokesman said the company will continue to engage with the relevant authorities to “find a solution that works for everyone”.

In its appeal against the council’s initial decision, Freshly Chopped submitted research by property group Savills, which said the “constrained” unit is not conducive to retail use.

They argued its store is consistent with parts of the Dublin city development plan because it “promotes and enhances the city’s competitiveness” and has improved the business environment by supporting employment.

“How does refusing this application respond to current economic challenges?” the company said in its initial appeal.

Freshly Chopped also said they would accept a grant of permission for a period of five years and believed that this would be a fair outcome. 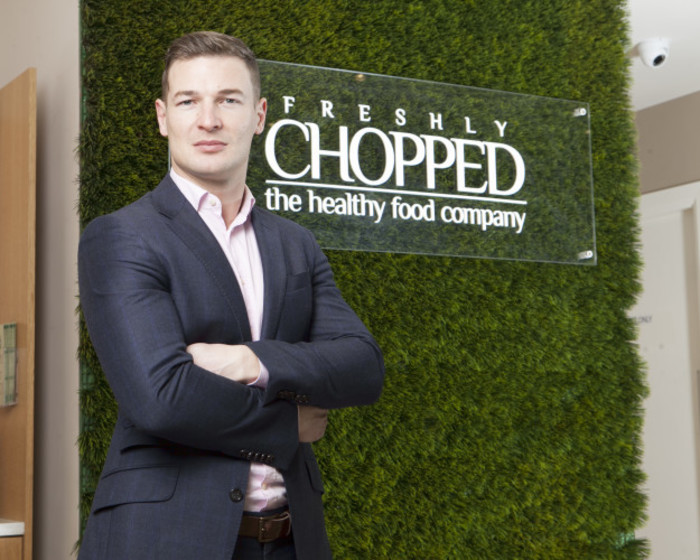 Founded by Brian Lee and Andy Chen, Freshly Chopped has rapidly expanded since it was set up in 2012 and now has 51 locations in Ireland.

The most recent accounts for the firm show that its profits topped €461,000 during 2016. Last year, the firm signed a multimillion-euro franchise deal with the retail group behind the Spar, Mace and Londis brands in Ireland and also expanded the brand to Cyprus.

The company opened its Grafton Street outlet in February 2016 in a unit that is currently zoned for use as a newsagents, delicatessen and off-licence.

The store was launched by a franchisee and one year later, Lee and Chen purchased the store back “at a considerable cost,” according to planning documents.

UPDATE: This piece was updated to include a comments from Freshly Chopped and Dublin City Council.