THE SPENCER HOTEL has been approved for a major expansion – but it has run into a roadblock over its large illuminated sign.

The hotel, formerly called the Clarion, is located in the heart of Dublin’s financial district and fronts onto North Wall Quay. It is located next to the offices for law firm A&L Goodbody and the Clarion Quay apartments.

Last year, the hotel’s owner applied to Dublin City Council for permission to add 40 bedrooms to the 169-room complex.

Space for the additional rooms will be made through the demolition of some existing conference facilities. Upon the completion of the project, the hotel will be boosted to 209-room capacity.

A few months prior to the application to expand the facilities, the hotel also applied for permission to retain a large sign located on the fifth floor of the building that reads ‘the Spencer’ and faces the Liffey River.

Both planning applications were approved by the local authority and subsequently appealed to An Bord Pleanála by the Clarion Quay Management Company.

The appellant complained that the proposed expansion would result in over-development of the site and cause issues for the neighbouring residential areas.

An Bord Pleanála’s inspector agreed that the Clarion Quay Management Company raised some valid concerns, but they didn’t justify the expansion being refused planning permission. However, the hotel wasn’t as successful when it came to its signage. 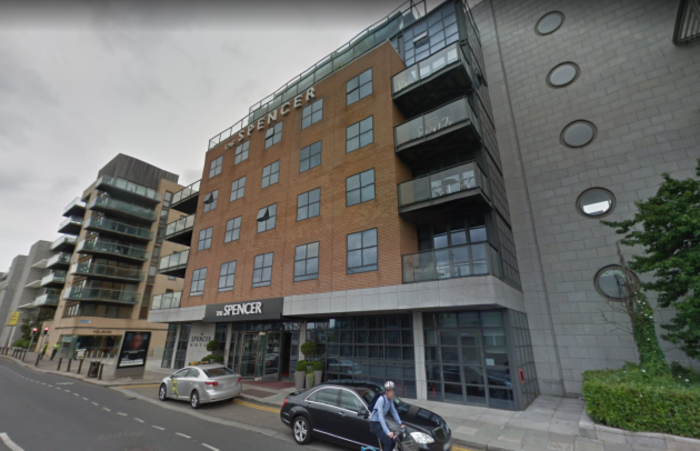 The Clarion Quay Management Company complained that the illuminated sign had an unnecessary visual impact from the nearby Samuel Beckett Bridge.

A planning inspector advised in their report that the hotel should be granted permission to keep the illuminated sign, but the board ruled against the recommendation.

In its judgement, An Bord Pleanála stated that the due to the location of the hotel, the signage would “detract from the visual quality of the quays”.

“The board considered that the signage proposed to be retained would constitute a strident and visually discordant feature at this location,” the ruling stated.

Following the ruling, the Spencer will effectively be required to removed the sign from the development unless An Bord Pleanála’s decision is appealed to the High Court. 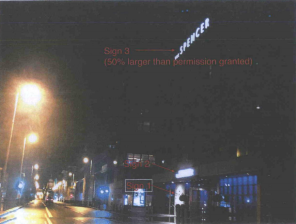 The Spencer Hotel was acquired in 2016 by Virgin Media Ireland owner John Malone as part of a deal that included three other Irish hotels. It is part of a wider hotel group that also contains the Westin, the Glenlo Abbey Hotel and the Trinity City Hotel.

The plans to expand the hotel have come at a time when Dublin is suffering from an acute shortage of tourist accommodation.

Statistics provided by hospitality analytics firm STR Global showed that the Irish capital had an occupancy rate of more than 86% in April, higher than that for any of the other major European destinations studied.

However several major tourist accommodation projects are in the pipeline for Dublin, such as an eight-storey budget hotel and eight-storey aparthotel recently approved for the site of the existing Ned's of Townsend Street pub.