A RECENT DECISION to approve one of the largest tourism accommodation blocks in the country has shown that planning officials have opened the door to increases in the height of Dublin’s low-rise skyline.

Last month, an eight-storey budget hotel and aparthotel on the old site of Ned’s pub in Dublin city centre was given the go-ahead by An Bord Pleanála.

An inspector for the national planning body had earlier recommended the project be refused as the buildings exceeded the height limits set out in Dublin’s city development plan.

However that opinion was overruled by the board, which noted that the building project was in line with guidelines set out in the government’s new Ireland 2040 policy paper – which was unveiled with much fanfare in February.

The latest city development plan, which was compiled by Dublin City Council, noted the “intrinsic quality of Dublin as a low-rise city and considers that it should remain predominantly so”.

“The vast majority of the city area is identified as not being suitable for mid-rise or taller buildings,” it said.

The plan does acknowledge that buildings over 50m are acceptable in certain areas of the city, such as the docks, where Dublin’s tallest building is being built.

It includes a 28m limit on the height of commercial developments, and a 24m limit for residential developments in the area where the new hotel is being planned.

However the planning board instead pointed to the Ireland 2040 guidelines, while adding that the accommodation development “did not materially contravene” Dublin’s city development plan. 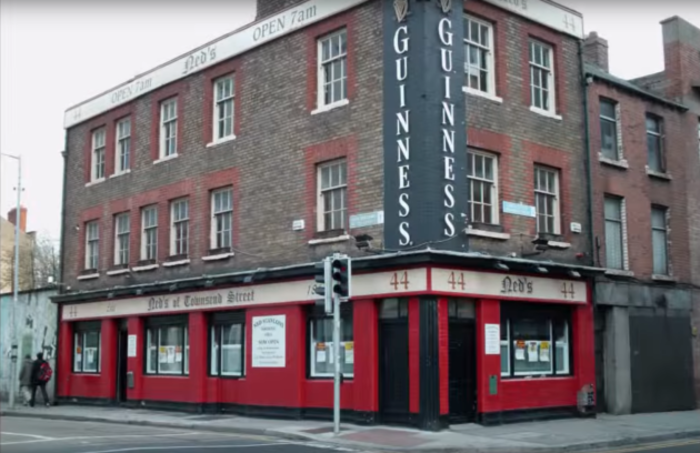 The Ireland 2040 strategy document set out a long-term vision for infrastructure development in the country on the basis that the country’s population would swell by around one million people in the next two decades.

In its recent ruling, An Bord Pleanála said the ministerial guidelines and national objectives justified planning permission being granted for the 29m block:

“In urban areas, planning and related standards, including in particular building height and car parking will be based on performance criteria that seek to achieve well-designed high-quality outcomes in order to achieve targeted growth,” it said.

While the An Bord Pleanála inspector’s report pre-dates the Ireland 2040 guidelines, the board’s final judgement shows the weight the new national policy will carry with the planning authority.

Lorcan Sirr, a lecturer on housing at DIT, told Fora that these planning decisions showed the beginnings of city councils being “politically castrated”.

“The penny hasn’t dropped with them that the Department of Housing are now in control – and that’s really bad. We elect councillors on the basis they will do A, B and C; one of the jobs they do is focus on the development plan.

“So they go through a development plan, and unaccountable civil servants say, ‘No, we have written something else because we have spoken to industry and it overrules your development plan.’ So what’s the point of a councillor?”

“The national planning framework has prioritised compact urban growth, particularly it has identified five metro city regions where half the projected growth out to 2040 will occur.”

He added that roughly 36,000 new homes are needed every year until 2040 to meet current and future housing demand.

“We’re going to have to strategically use lands for increased development and also have to build up. That doesn’t mean a trade-off between commercial or residential, it can be mixed-use.

“Height restrictions have caused urban sprawl. The commuter belt in Dublin stretches from the border to Wexford and out to Athlone, and that is impacting quality of life.”

Building up has long been put forward as a solution to addressing not just the issue of housing but also solving the scarcity of grade A office space in prime locations.

The shortage of both has pushed up the price of both office and residential rents and caused headaches for companies, according to Sweeney.

He added that Irish businesses are only as strong as their workforces, and if the cost of living continues to increase, Dublin-based firms will struggle to retain staff.

“Dublin is not a low-rise city, it is an even-lower-rise city. We looked at some analysis using satellite data, and on average Dublin’s buildings are about 30% lower than say Paris.

“We need to design the cities around people’s needs. People want to live within a city area, so government guidelines need to be looking at say six storeys for apartments as almost the default minimum standard.” 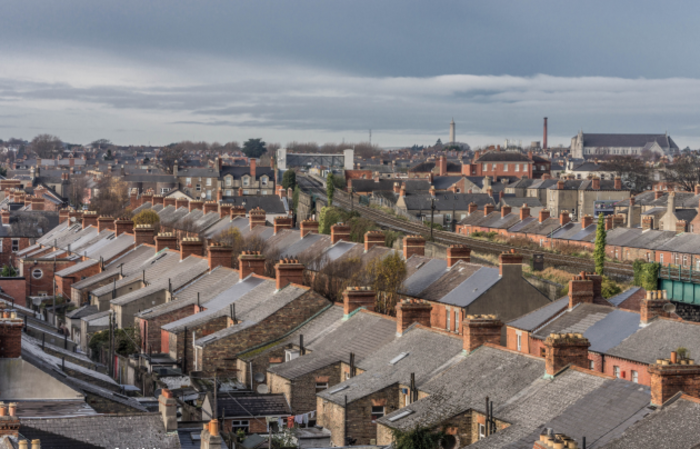 Sirr agreed that six-storey housing was the way to go – but he added that going taller wouldn’t work in most areas of the city.

“Six-storey housing would be about right for Dublin, but you also need to look at the ratio of the height to the width of the street. We have narrow enough streets in Dublin.”

Sirr added that “high-rise is a very simplistic solution to a much more complicated problem”.

He said constructing taller residential blocks wouldn’t necessarily address the rising rents or property prices in Ireland since it can be more expensive to build high.