A CONTROVERSIAL STARBUCKS café in Cork city centre has closed following a long-running planning battle between its owners and the local council.

The Patrick Street store was opened three years ago without proper planning permission, with its owners warned to shut the café on numerous occasions.

A notice outside the store now says it has been closed, pointing to nearby outlets on Princes Street and Opera Lane that remain open.

The café was operated by the Entertainment Enterprises Group, which is owned by Ciaran and Colum Butler. The company holds the franchise licence for the coffee chain in the Irish market.

The pair were previously ordered by the council to close the operation because the café was trading in a unit zoned for retail purposes, rather than the sale of food or drinks.

However the store continued to trade despite Cork council issuing an enforcement notice. The order was not observed, and the council previously said the matter would be referred to the courts.

During the protracted planning battle, Starbucks has continued to operate from the location and said it wanted to work with planners to settle on an appropriate use of the site.

Last year, a firm owned by the Butlers lodged a request with An Bord Pleanála to clarify if its Patrick Street store was still in violation of planning rules.

The pair claimed they felt it was now in line with planning regulations because the café was scaled back to a takeaway coffee store with no sit-in areas. 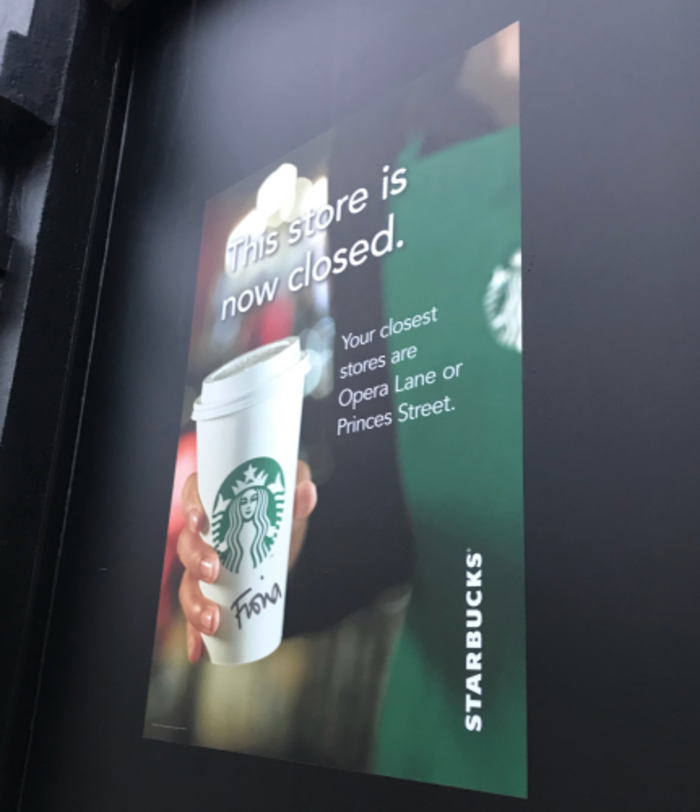 The national planning authority continued to side with the council and told the Butlers, for the third time, that their Patrick Street store was in breach of planning regulations.

A spokesman for Cork City Council confirmed that an enforcement notice had been issued in relation to the store last year, adding that the matter was due in court next month.

Entertainment Enterprises Group could not be reached for comment at the time of publication.

A spokesman for the Starbucks parent company, which does not operate the store, said: “This is an issue between the local planning authorities and the Entertainment Enterprises Group and we have not been informed of a decision.

“We encourage all of our licensees to adhere to local planning laws and do the right thing as part of their role in the local community.”

The Butler brothers took charge of the Irish Starbucks franchise six years ago and have opened more than 40 stores.

Previous analysis by Fora has shown that the brothers have been involved in numerous disputes with councils over unauthorised outlets nationwide since they took over operations.

They have not commented publicly on their approach to planning regulations, however according to planning filings the coffee franchise has opened at least eight outlets in Ireland without prior planning approval.

In these cases, firms connected to the Butlers have retrospectively applied for approval once the outlet was in operation. In the vast majority of these instances the company was granted retention permission at a later date.