STARBUCKS HAS FACED almost no negative repercussions for opening a slew of stores around the country without prior planning permission.

Analysis by Fora shows that the US coffee giant opened at least eight outlets across Ireland with no planning approval in place. In these cases, the company applied for council clearance only once the store had already been built.

Despite the fact that some councils warned Starbucks not to build its stores without prior approval, in the vast majority of these instances the company was later granted retention permission.

While Starbucks would have had to pay more to apply for retention than for normal planning permission, the fee would likely be no more than a few thousand euro. Just two councils appear to be taking further action over planning breaches.

Cork City Council has previously said it would take Starbucks to court to try to get it to shut a Patrick Street store, and Fora has learned that Fingal County Council is also planning to take legal action against the firm over an Airside outlet.

However, both of these outlets have already been open for about two years each, and neither case has a date set for a hearing.

That is despite the fact that Cork City Council said it would take legal action over six months ago, while Fingal first said it was taking enforcement proceedings nearly a year and a half ago.

The findings illustrate what critics say is the reason for Starbucks’ strategy. Rather than going through a lengthy pre-opening approval process ending in a potential refusal, the coffee chain has instead opened its shops without seeking prior permission. 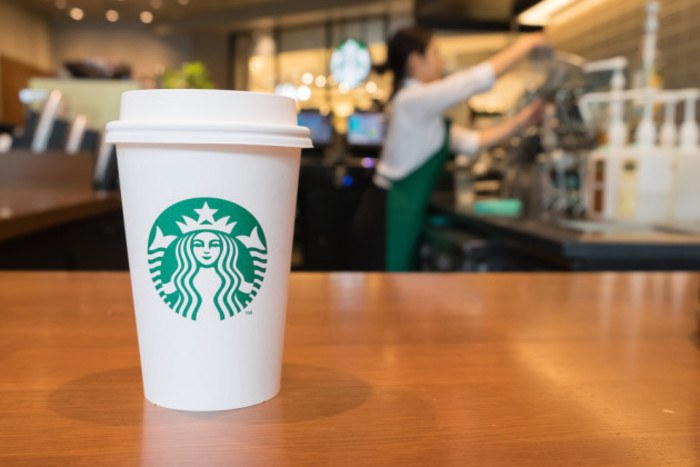 Then, if individuals complained or the local council told it to close, Starbucks could continue trading while fighting the order. Critics say this gives the coffee chain an advantage over other businesses.

In many cases where enforcement action was taken, the process has dragged on for years and Starbucks has faced little downside while still trading out of the shop established with no planning permission.

Starbucks is run on a franchise basis internationally, and in Ireland it is overseen by brothers Ciaran and Colum Butler. A Starbucks spokesman said the Butlers were “unavailable for comment” on their approach to planning when contacted by Fora.

Since the pair took over the Irish franchise in 2012, the number of Starbucks has soared, jumping from 27 to more than 70 at present.

In a statement to Fora, the Starbucks parent company said it was disappointed that the opening of stores such as the one on Patrick Street, “caused issues with the local authorities”.

“This is not representative of Starbucks and how we operate as a company. We encourage all our licensees to adhere to local planning laws and do the right thing as part of their role in the local community,” a spokesman said.

The vast majority of the stores opened without planning permission were established around 2014 and 2015. Starbucks appears to have revised to its approach in Ireland since then, and recently applied for permission to refurbish a prominent kiosk in Ballsbridge. 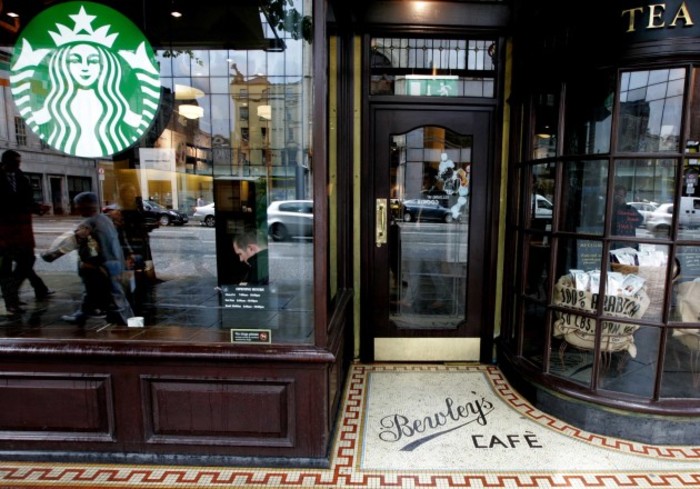 However, the slow action against a large number of outlets that did open without permission calls into question the effectiveness of Ireland’s planning enforcement system.

In Ireland, commercial premises are zoned for different uses. If you want to change the use of a retail unit from a shop to a restaurant or café, you have to apply for planning permission.

However in multiple locations across the country, Starbucks has opened an outlet without going through this process.

For example, in 2015 the firm opened in a former mobile phone shop on Patrick Street, the main shopping boulevard in Cork city.

It did so despite the fact that this was the third outlet it was opening in the city centre without proper planning, having already followed a similar blueprint for its new outlets on Opera Lane and Princes Street.

The council even warned it during construction of the Patrick Street shop to stop work on the new outlet. Despite this, Starbucks opened the store.

Once the outlet was trading, Cork City Council went through a protracted process to try to get it closed. The local authority twice referred the issue to the planning appeals body, An Bord Pleanála.

Starbucks then removed the tables and chairs from the store, arguing that this made it a takeaway rather than a coffee shop.

An Bord Plenála disagreed and sided with the council, which has since zoned Patrick Street as ‘prime retail’ and refused to give another major coffee chain, Caffé Nero, permission to open there.

However, more than two years later, Starbucks still trades on Patrick Street. A similar story has played out in other parts of the country.

Starbucks has opened at least eight outlets without planning permission: three in Cork city, two in Fingal and one each in Dublin city, Limerick and Waterford.

Several councils issued warning letters to Starbucks. For example, Fingal County Council served notice on the coffee giant’s Howth outlet, giving it four weeks to discontinue the unauthorised use of the premises. Other councils did the same thing.

For six of the eight stores, Starbucks then applied for – and was granted – retention permission. This is when someone applies for permission to keep a structure that had already been developed.

Many cases for retention permission involve minor domestic issues, such as removing a garden wall to make space for parking.

Starbucks use of retention permission for new stores it established has proven a source of frustration for many locals. 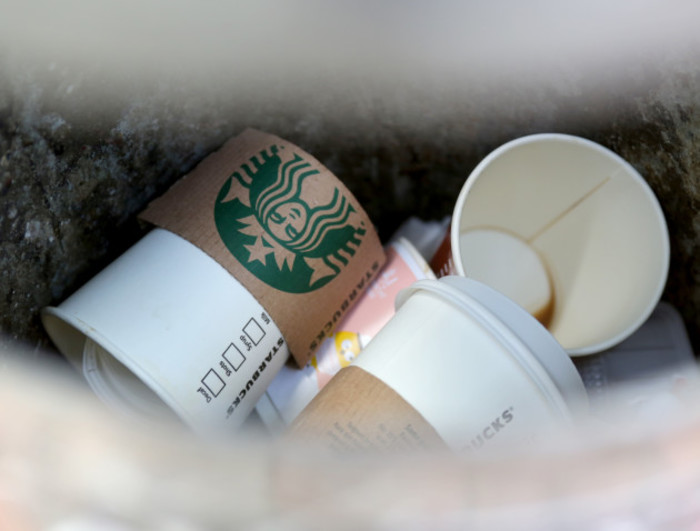 A typical response was contained in a letter to Cork City Council regarding the Starbucks on Princes Street, where the local asked: “Why was planning not applied for in the normal way? Why don’t we all plough on and apply for retention?”

In two cases, Airside retail park in Swords and Patrick Street in Cork city, the councils have pledged to take legal action against Starbucks.

A spokeswoman for Cork City Council said that the Patrick St case “is with the courts”.

“We have no information regarding when a hearing date or ruling will be,” she said.

A spokeswoman for Fingal said: “Regarding Starbucks Airside, Fingal County Council is dealing with this unauthorised use through planning enforcement and will initiate legal proceedings shortly.”

In the meantime, both outlets are still trading.

So what is to stop other businesses emulating Starbucks and opening up outlets without planning permission? Indeed, discount chain Dealz has done exactly that. Several local councils pointed to retention fees as a disincentive.

“The fees for retention are considerably greater than standard fees so there is a deterrent,” a spokeswoman for Waterford City Council said.

While it is true that retention fees are three times greater than standard planning fees, they are still relatively small change for a well-funded business.

For example, based on the floor space for its Howth outlet, applying for planning permission would cost Starbucks about €850, while applying for retention costs just over €2,500.

Berna Grist, an adjunct full professor in the planning School in UCD, said that people will often get retention permission as long as an area has suitable zoning.

For example, even if Starbucks opened an outlet on a street without planning permission, as long as long as the area was zoned to allow coffee shops it would likely get retention permission.

“If you go back and ask for planning permission, all things being favourable, you should get it,” she said.

“While a retention fee of a few thousand euro is a considerable disincentive for a householder, it isn’t for a large commercial entity which stands to make a great deal of profit from the use.” 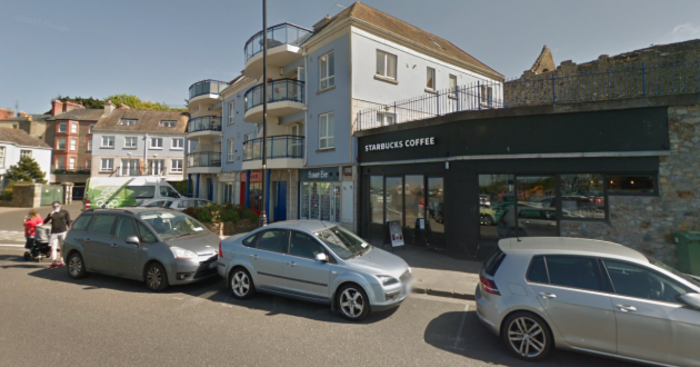 In both Swords and Patrick Street, the area was not zoned to allow coffee shops, which may indicate why the councils pursued legal action rather than granting retention permission in those cases.

Stephen Purcell, the co-founder of planning and research firm Future Analytics Consulting, said while Starbucks “shouldn’t look to replicate its strategy on a widespread basis”, councils appear to be slow to crack down.

“Based on the resources available to local authorities in the last few years there has been very limited enforcement unless a complaint is made,” he said.

“The enforcement process isn’t like what you would see in the UK; (Irish councils) are just not geared up for it.”

When councils do pursue a case, Purcell acknowledged that the system can move very slowly, illustrated by the fact that many Starbucks outlets didn’t receive retention permission until they were trading for more than a year.

“There is certainly a case to be made that if local authorities were sufficiently resourced, it could be done in a more prompt manner which could sort out enforcement,” he said.

Grist voiced a similar opinion, saying that there “is and always has been huge public frustration with planning enforcement in Ireland”.

“It does seem that if there are a large number of developments, such as Starbucks, getting retention, then there is a real problem both with abuse of retention permission and enforcement,” she said.

“In my opinion, there is no culture of planning enforcement in Ireland.”

Grist said a possible solution could be establishing land courts, similar to those in Australia, that would be set up to deal with such cases, but this would be difficult as it would likely involve changing the constitution.