EMMA DEVLIN WORKED in environmental science before she made the move to join her husband, Cathal Donoghue, in running Rascals Brewing Company.

The pair started in Rathcoole in 2014 and have since opened a new base in Inchicore, now home to their pizza restaurant, taproom and brewery.

The company makes craft beer – think mint chocolate stouts, and strawberry vanilla milkshake IPAs – and employs about 20 full-time and part-time staff, while its turnover increased by about 30% in 2018 compared to the previous year.

As part of our weekly question-and-answer series, we spoke to Devlin about time management, leaps of faith and the elusive ‘wow factor’.

It’s very important that you have a business plan. A lot of people might start out a business because they are passionate about what they’re doing but without a real plan. Also, you need somebody dedicated to sell whatever product or service you have.

From our point of view, we started out with the passion but maybe not the sales pipeline and salesperson in place. I think that’s where we went wrong in the beginning. You must have that passion though as well.

One thing that always stood out to me is that you must always have the ‘wow factor’. The wow factor in your product, what you’re selling, and the wow factor in how you act with your customers.

I did a business retreat course in 2017, so that was one of the pieces of advice one of the people who was delivering the course gave us.

Before, I was working in energy management. I did a masters in environmental science, so it’s always been an interest of mine.

We had two private investors come into our company in 2016 – they had approached us and they were interested in buying in to the company. Obviously with that, if they were to buy in, we’d have to give away some of our shareholdings.

Deciding what a fair valuation was and a fair investment for the amount of shares that we would exchange for that investment, that was certainly the hardest decision we’ve had to make. But it was also the best decision we’ve ever made for this company. 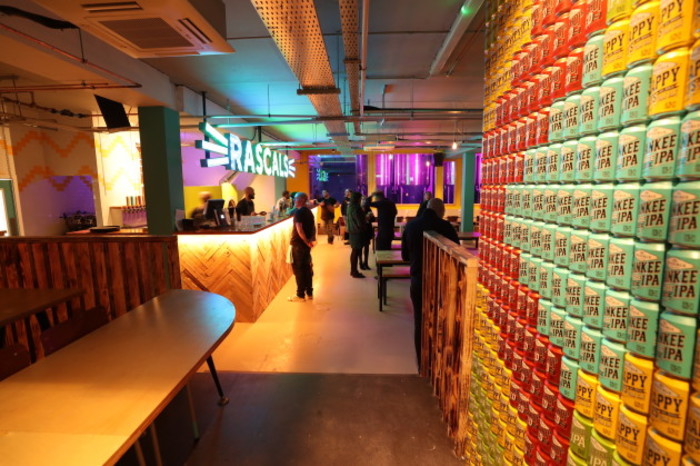 My college degree was business studies, but I used to always joke that the last thing I’d ever do would be to become an entrepreneur.

When I was younger, I used to try to take the easy way out of things in life and do easier jobs, although that has certainly changed in my time. I thought I would never have that personal drive: I never really was a hard worker in college or in school.

I was more looking for a good time than looking to do hard work, up until maybe the last eight years or so. I’ve grown up and my attitude to work and drive has changed.

The hardest thing to deal with was our expansion and complying with all the regulations that come with this type of business, due to the fact that we are a restaurant and a microbrewery and we’re in an industrial estate. We did it, and it’s done.

In the past year and a half we started having performance meetings. Every six weeks to two months I’d sit down with the permanent staff and go through how they’re getting on, what goals do they have, and try to set a few tasks for the period ahead.

I always find when performance is measured, staff are more on it, they’re more focused.

Our biggest challenge is always to grow our draught sales. That means getting new taps and really making the taps that we do have perform well.

The big players in the markets – the macro beer makers – they have a huge amount of cash to play with, they give pubs certain types of backhanders in terms of ‘marketing support’, which could actually be a cheque for €10,000. Not in a million years could we compete with that.

I’ve needed to start organising my time a bit better so I’m not just answering emails and answering the phone. It’s something I’m still working on. I’m just aware of how time can get away when you have distractions.

What’s the oddest item in your office / workplace?

There’s a dismembered mannequin sitting in front of me in my office. We have a little merchandise section for our brewery, so one idea was to dress up mannequins in our T-shirts and stuff.

One mannequin we got was massive and the legs and arms were falling off of him; he’s lying on the floor in front of me.