AFTER A CAREER in the finance sector, Enda Gunnell founded energy company Pinergy in 2013.

The business started as a pay-as-you-go metered electricity service for the domestic market but is now shifting focus to business customers, providing smart meters that connect with apps to give users data on their consumption.

The company currently has around 40,000 customers in Ireland and recorded sales of €26 million last year.

As part of our weekly question-and-answer series, we spoke to Gunnell about starting a new business from scratch, making time for family and doing farmyard stocktakes. 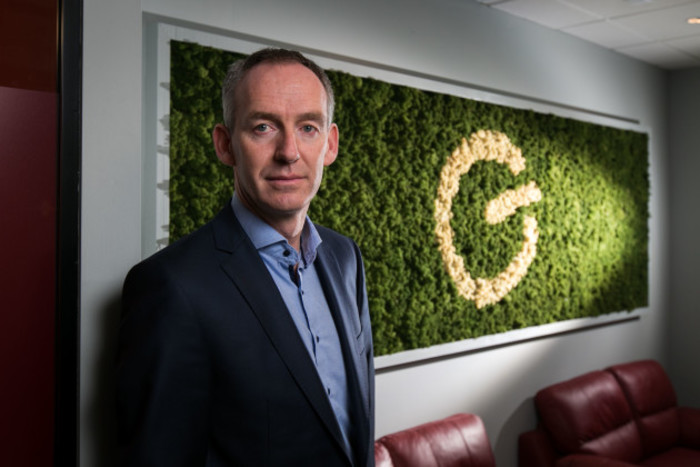 Growing up in Tipperary I wanted to play hurling for the county. Then I wanted to be a pilot, but the fact that you need perfect eyesight was a problem for me so I moved on and found something else to do.

I did accounting and ended up working in Mazars for 23 years. But when I was growing up my family had their own business, so I think there was always a fondness for entrepreneurship that ultimately led me to set up Pinergy.

When you start your own business from scratch there isn’t necessarily a standard day – there’s a huge variety in what I do.

Typically in the morning I get the kids up and drop them to school. I purposefully spend time with the family before I go to the office because I usually work late in the evenings.

It’s not always 9 to 5, sometimes it’s more like 24/7. You don’t just go home in the evening and forget about it – you’re thinking about work all through the week and the weekend too.

What’s the worst job you ever had to do?

In my training days as a chartered accountant I was often asked to go do stock takes. I can remember one client had a commercial farm and there was a stock take to be done on-site.

So I had to get rid of the suit and go out to the farm, counting thousands of sheep and hundreds of pigs that wouldn’t stand still. It wasn’t the easiest job in the world. The smell wasn’t the nicest either.

What’s the biggest problem you’ve had to deal with in your business?

The way people have bought electricity in Ireland has nearly been the same since the foundation of the State. The Irish market is very much focused on price, and it’s a challenge to convince people to switch energy providers otherwise.

Pinergy came into the market offering people something different. We’re not focused on price, but we’re using technology to help people understand how they’re using electricity, give them the ability to control consumption and reduce their spend on the back of that.

Everybody needs electricity, but it’s a challenge to educate people and convince them that there’s a different way of doing things.


What’s the one thing that would put you off hiring someone?

The important thing is making sure that anyone we hire will fit within our company culture. So we’re looking at their attitude, energy, a positive outlook.

Most importantly, have they a sense of humility and willingness to learn? If someone didn’t have that I wouldn’t be inclined to hire them.

My background is in finance but after founding a business I’ve had to get involved in lots of different things like marketing and sales.

However one area that’s really important is technology – it’s a big part of our business. But it isn’t something I’m particularly strong on. That’s why it’s important I have a good team around me that can compensate for my weaknesses in that area.

That’s one piece of advice I’ve lived by. Before I set up Pinergy I was probably on the lookout for maybe 10 years for a chance to start my own business.

There are days that are stressful and tough, but this is something I wanted to do and it’s about pursuing what you’ll enjoy.

I think entrepreneurs in general are underrated in this country. From people who have a corner shop to a tech startup based in a bedroom, right up to big companies or high-profile figures like Michael O’Leary in Ryanair.

All of those people create jobs, income, opportunities, services, competition – they’re key to the Irish economy. I think anybody who sets up a business should be supported and acknowledged for giving it a try.