IRELAND’S BUDGET WATCHDOG has given a tentative thumbs-up to government plans for a ‘rainy day fund’ – provided it is designed and run properly.

In January, Finance Minister Michael Noonan first revealed plans to set aside €2.5 billion over the next five years to shield the economy against external shocks.

More recently, the idea was included in the new programme for government, however it didn’t feature any details on the size of the fund, when or how it would be established or what it would be used for.

In its latest report, the Irish Fiscal Advisory Council, which was established in late 2012 to scrutinise the government’s financial policies, warned against the kind of boom-time spending that overheated the economy in the Celtic Tiger era.

It said Ireland may need to go beyond tight EU budgetary constraints to ensure the public purse was kept on a “sustainable path”, which would include having money left over to spend during future economic downturns.

“This could be achieved by the government using unexpected revenue surges to run larger budget surpluses, possibly supported by the establishment of a rainy day fund,” the council said.

The fund could be a better option than simply running surpluses and paying off debt because it offered the government a way to “withstand political pressures to loosen fiscal policy when tax revenue is growing strongly”, it added.

This chart shoes how the fund could have operated in Ireland if it was set up in the 1960s and benchmarked against employment:

However the council also noted that there were no details available on how the fund would be structured or what funding would be left available after the government met its other spending and tax commitments.

The government has also pledged to phase out the USC, cut various business-related taxes and reduce the extra tax burden on the self-employed, alongside a string of additional spending measures.

The Department of Finance would not provide further details on the fund or the timing of its launch when contacted by Fora.

It instead pointed us to a written response Noonan gave in the Dáil last month, when he said “my officials are examining the necessary key features” for the fund.

“In considering the rainy day fund, my officials will also examine how it interacts with the existing Irish Strategic Investment Fund and its unique mandate to invest on a commercial basis earning an economic return while creating jobs and economic growth,” he said. 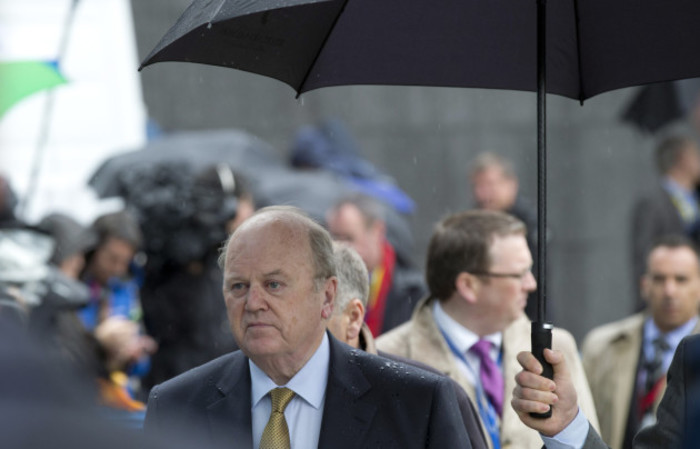 The €2.5 billion Noonan has so far committed to the fund over the next half decade is only one-tenth the peak value of its closest predecessor, the National Pensions Reserve Fund, which was plundered for nearly three-quarters of its pool to bail out the two pillar banks.

The fund has now been rolled into the Ireland Strategic Investment Fund, which has a dual mandate of spending based on getting a return on its investment and having an economic impact.

While the council was generally positive in its assessment – calling the recovery in the Irish economy “impressive” – it identified the property market and the concentration of the country’s export base as two key risks.

Inflation in both the housing and commercial real estate markets would hurt competitiveness, while the country’s dependence on a few sectors also left it open to global upheaval, it said.

“Specifically, changes to the US tax code, particularly in relation to corporation tax, could have a large impact on inward (investment).”

Only 10 firms accounted for more than 40% of Ireland’s windfall corporate tax take last year and together the same group was responsible for around 6% of all revenue for the exchequer. 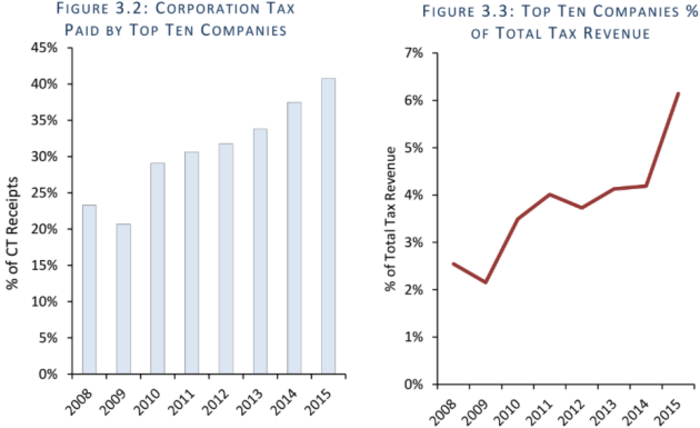 The council’s warning follows a similar one earlier this year from the Department of Finance, while the OECD recently recommended Ireland do more to support smaller, domestic firms, rather than offering tax breaks to multinationals.