IT WAS A snappy visit to Dublin for Ryan Smith – the founder and head of billion-dollar US tech firm Qualtrics – earlier this week, but an important one for his company’s Irish operation.

He flew in, made a 30-minute appearance at tech conference SaaStock, made “decisions” about future expansion plans at its EMEA headquarters in Dublin, and flew out.

The company, which has European offices in London, Paris, the Netherlands and the Nordics, raised $180 million in funding earlier this year and is eyeing up an initial public offering in the near future.

In the meantime, it is looking to scale from around 1,500 staff to 2,000 across the world by the end of the year. As part of this move, Qualtrics’ Dublin office is in the middle of hiring drive to take on 250 more people in the coming years.

The company, which has roughly 200 staff in Dublin, previously said it was looking to build extra space on its office near Grafton Street that would allow it to have as many as 500 or 600 people on the site.

While keeping his cards close to his chest, Smith said the plans to expand its space in Dublin may not necessarily be on the same city centre site.

“We’re still looking through that (plan). As you know in Dublin, real estate is not easy anywhere. I always thought I wanted to be around that part of Dublin and I was a real big fan of it.

“When that office came up we grabbed it because we said, look, if we could be right down on Grafton Street that would be awesome.” 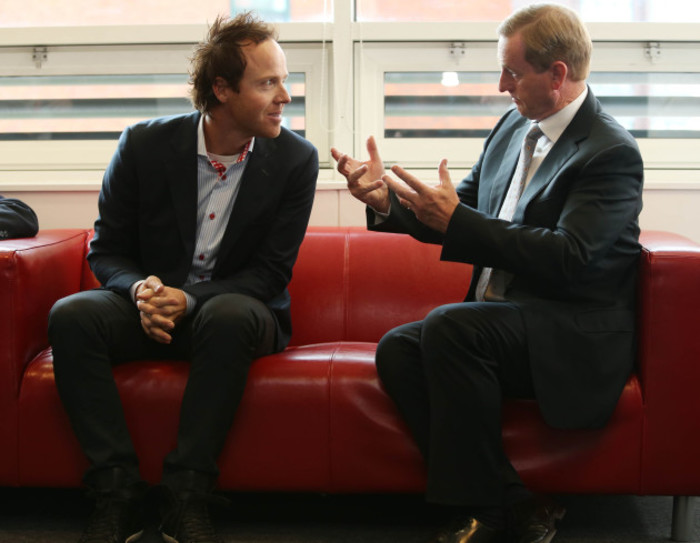 Four years ago, the US market research company opened its first European operation in the Irish capital, a four-person sales team.

The move was partly prompted by a visit to Dublin for the Web Summit tech conference, according to Smith.

“The reality is my brother worked at Google and Bryan Schreier, my board member, opened up the Dublin office,” he said.

“I came out here for the Web Summit a few years ago and loved it. And I was like, we can do business here, I like it.”

But there’s one thing that Smith is adamant wasn’t a big influence on his decision to move to the Republic – Ireland’s cut-price corporate tax rate.

“I don’t care about the tax stuff. I don’t have that big of a tax problem here yet. That’s more of you guys talking about it. No one else outside of Dublin or Ireland talks about tax.

“There are a lot of countries that would offer phenomenal tax breaks, actually better than Dublin. If you want to take a step back, I can think of 20 countries, and you can think of them in your head, that would basically go no taxes if you operated in their country.”

Tax is a subject that gets Smith animated, and leads him to explain his decision-making process for choosing what cities Qualtrics expands into in more detail.

“I just think it’s a narrative that sells a lot of people short to what’s really going on,” he said.

“We’re not going to operate somewhere where we are not successful. So the very first thing I look at is their talent, second thing I look it is has someone been successful there before.

Smith reiterated that access to talent is the key driver for tech companies that choose Dublin as a base.

And if the flow of talent starts to trickle, there won’t be much keeping tech companies on Irish shores, he added.

It’s a sentiment shared by the heads of many large multinationals on Irish shores and some have called for personal tax breaks for foreigners that relocate to the Republic.

A recent survey showed that there has actually been an increase in foreign workers turning down the chance to relocate to Ireland for high-paid tech jobs due to “horror stories” about the Irish rental market.

“The reason why people like California is because you can be successful and there’s great talent. So if Ireland wants to focus on something then it should be their talent,” said Smith.

“They should be incentivising and doing everything they can to keep and attract as much talent to Ireland as possible because that will drive the tech companies.

“The taxes are great, but the second there is no talent, no one will be here.”