TODAY’S A DAY for the history books: for the first time in five years, a representative from Irish government spoke at a Web Summit gathering.

As if to prove that all is well between Leinster House and the Dublin-headquartered events firm, Web Summit co-founder Paddy Cosgrave stood alongside Minister of State Michael D’Arcy at the (second) official launch of Moneyconf, the fintech shindig that’s coming to the RDS from 11 to 13 June.

D’Arcy, who has special responsibility for financial services and insurance – “I can’t forget insurance,” he said – was only delighted to kick off the briefest of announcements, which lasted a grand total of nine minutes.

“This is the first time in five years that a government representative has spoken on one of our stages,” Cosgrave told the handful of journalists and dozens of assorted tech heads and Web Summit employees.

“The last time, Enda Kenny spoke with Elon Musk and … yeah,” he said, referring to the former Taoiseach’s appearance with the billionaire entrepreneur at Web Summit 2013 – two years before the tech conference upped sticks for Lisbon. 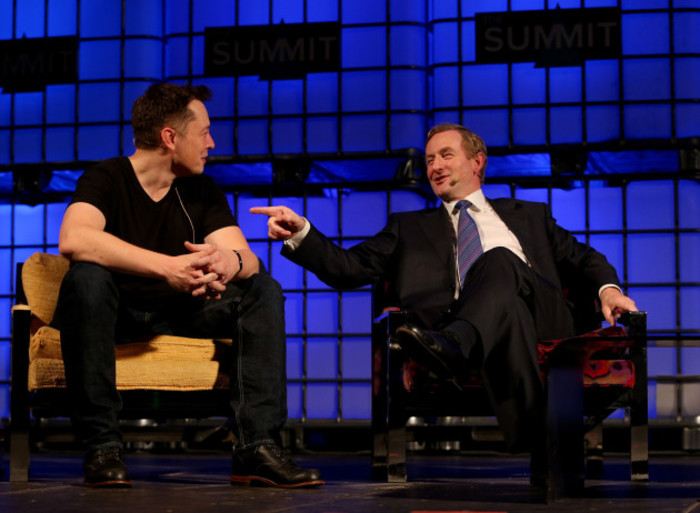 Since Web Summit’s flagship event exited Dublin in 2015, there has been much media speculation about the state of its relationship with the Irish government.

Correspondence published around the time of Web Summit’s breakup with Dublin revealed concerns around transportation infrastructure, soaring hotel prices and the state of the much-bemoaned RDS WiFi.

When Moneyconf’s move from Madrid to Dublin was first announced in June of last year, Cosgrave insisted the decision had nothing to do with Enda Kenny’s resignation as Taoiseach.

There was certainly no tension between Cosgrave and Fine Gael’s D’Arcy this morning.

“We kind of hammered out the ‘Pancake Tuesday Agreement’ upstairs,” Cosgrave said.

Some 30 of the 100 Moneyconf speakers were announced today at a press conference in the swanky Huckletree D2 co-working space on Pearse Street.

“Moneyconf will bring about 5,000 people. We’ve already about 3,000 attendees from 100 countries around the world, so it’s a very international gathering, which just reflects the nature of the (financial services) industry,” Cosgrave said.

By day, Moneyconf promises to be a standard conference – “a couple of stages, a couple of breaks” – but by night it will “take over the city”.

“We’ve been trying to do pub crawls in Hong Kong,” Cosgrave said – Web Summit organises the Rise tech conference in the region. “They just don’t work as well as they did back in the day in Dublin, so we’re very excited about that.” 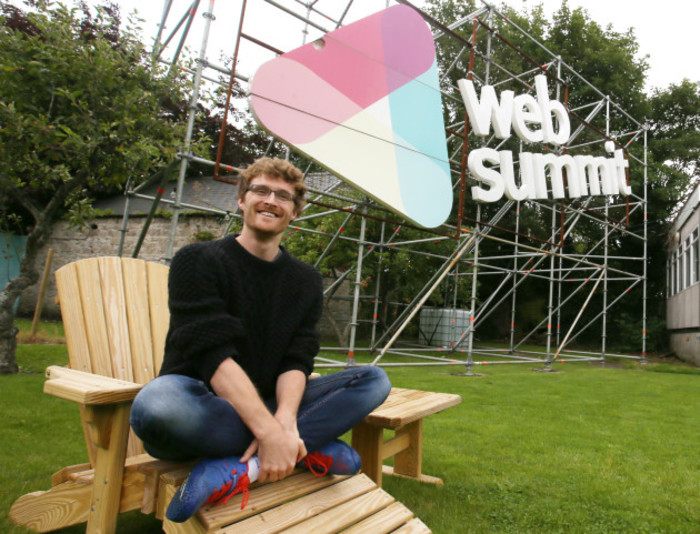 After the nine-minute presentation, Cosgrave invited members of the press to field questions in a “very-controlled environment” – aka, Huckletree’s Zen-themed room.

There, in the tranquility of the plant-covered space, Cosgrave suggested a flurry of Chinese firms could soon go on a company acquisition spree in Ireland, especially in light of Goodbody stockbroker’s reported €100 million sale to a Chinese investor.

“In the space of a year since Fosun International came to Web Summit (in Lisbon), they bought the largest bank, largest energy company, largest insurance company in Portugal – and they’re just getting started,” he said.

“They’ll be in Dublin, so who knows what they might end up buying 12, 18 months from now.”

When asked about his views on whether US tax reforms will hurt Ireland’s position as a hub for foreign direct investment, Cosgrave said they may “pose some challenges” but most large tech firms will stay here – with the exception of pharmaceuticals.

“I would be worried about what’s going to happen with the large pharmaceutical companies that domiciled in Ireland over the last number of years and whether they might be seen as a gigantic trophy for (President Donald) Trump in an election cycle,” he said.

“There are certainly rumours that a large number of these companies are getting ready to undomicile from Ireland back to the US. Whether it has a material impact or not, I don’t really know because most of these companies don’t employ anybody.”

On Ireland’s housing crisis – which has been criticised by Apple, the largest company in the world – Cosgrave said it was “definitely a concern” for Web Summit, which recently added 40 people to its 160 Dublin workforce.

However, he’s sceptical about whether or not there’s truly a problem with rent prices.

It was reported this morning that rents in every county in Ireland rose in the last quarter of 2017, with the average Dublin rent €4,500 per year higher than at the Celtic Tiger peak.

“I question the methodology of these surveys that are put out by people who have a vested interested in rent increasing,” Cosgrave said.

“If we were all listening to the chief nutritionist of Danone saying that yogurts are going to be big, we’d be rightly sceptical. I question some of the rigour between some of these surveys.”