RENTS IN EVERY county in Ireland rose in the last quarter of 2017, according to a new report, with the average Dublin asking rent €4,500 per year higher than at the Celtic Tiger peak.

The Daft.ie quarterly report for the end of 2017 showed that asking rents jumped another 2.4% nationally during the three-month period and 10.4% compared to the same period in 2016. 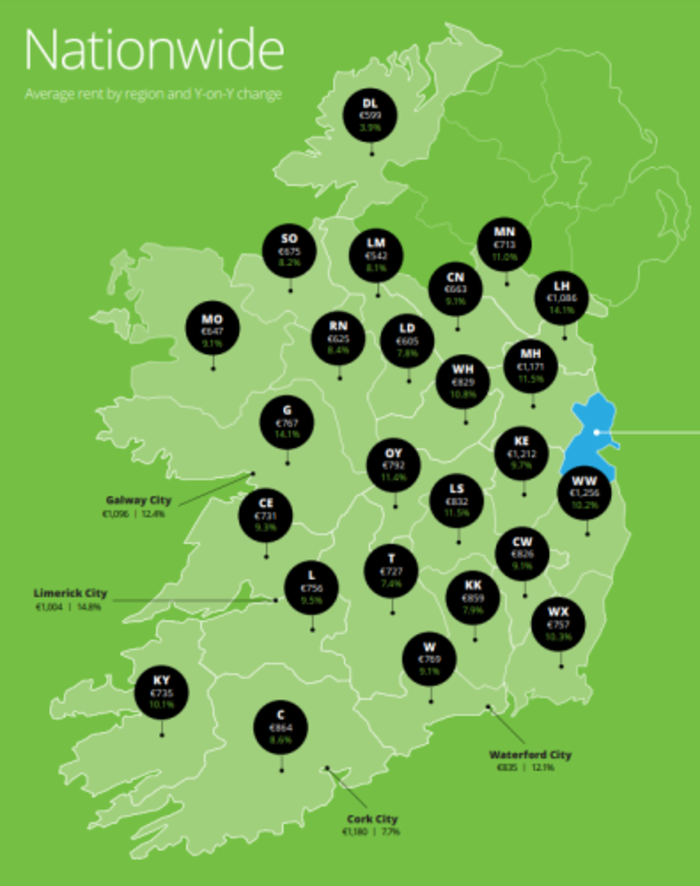 There were 3,143 properties available to rent nationwide on 1 February this year.

This is the lowest number ever recorded for the same date since Daft.ie’s series started in 2006, and the figure marks a 15% decrease on the number of properties available to rent at the same time last year.

The south city and county were the regions with the highest average rents, but the city centre and north city had the greatest increases in rents compared with the same period a year earlier. 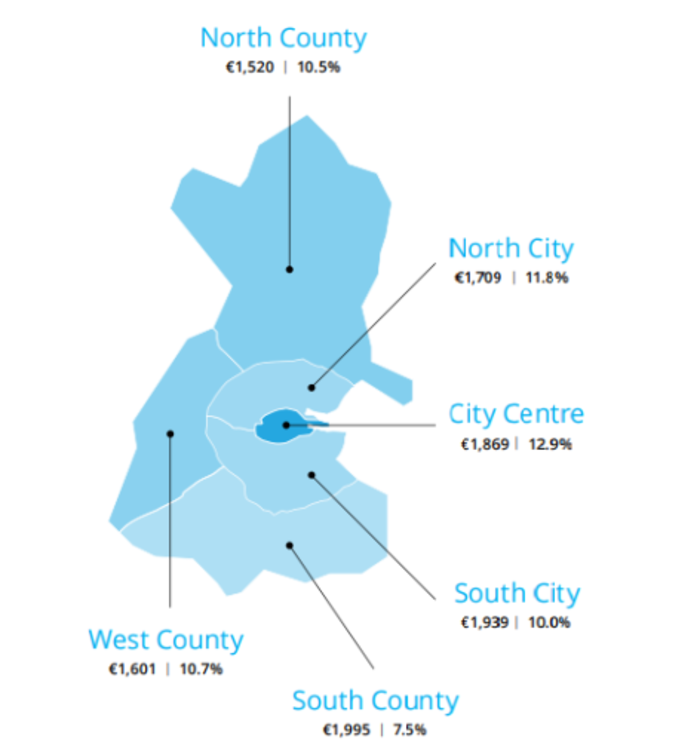 The average rent in Dublin has increased by €4,500 a year – or €380 per month – on the peak levels of the Celtic Tiger period. In central Dublin, rents have increased more than 90% since their lowest point in 2010.

Ronan Lyons, assistant professor of economics at Trinity College Dublin and author of the report, said that Dublin was the focus of concerns about the rental market for good reason.

“Outside Dublin, rents have increased by 52% on average - well below the increase seen in the capital.

“And this figure itself is dragged up by areas within the functional Dublin economy: Meath and Louth, for example, have seen rents rise by 81% and 78% respectively since bottoming out.”

Cork, Galway and Limerick have also seen significantly larger rent rises than the national average – with increases of slightly more than 65% in each case.

“These changes highlight the structural shifts at work in the economy. In particular, Ireland is converging to its economic peers in Europe and elsewhere, shifting away from agriculture (and manufacturing) and into services,” Lyons said.

“A shift into services means a shift into cities and this is what is putting pressure on the housing market, especially in urban areas.”

You can read the full report here. Written by Gráinne Ní Aodha and posted on TheJournal.ie