WHILE MANY PEOPLE struggle to get their finances back in order after the Christmas splurge, the good folks at Goodbody are likely to be in better shape than most.

The stockbroker is on the chopping block and looks likely to be sold in a huge deal in that will value the firm in the region of €100 million.

As the company is Ireland’s oldest major stockbroking firm, and its second-largest, the move would be a hugely significant one for the Irish financial services industry.

Here’s what we know about the deal so far:

The buyer will likely be Chinese

All indications are that Goodbody will be sold to a Chinese investor. Goodbody has declined to comment on the potential identity of the purchaser, or on any other aspect of the deal.

However the Sunday Times, which first reported the sale, said at the weekend that Zhong Ze is in advanced talks with the Dublin-based firm.

Zhong Ze is a subsidiary of the Aviation Industry Corporation of China (AVIC), a state-owned aerospace company. AVIC is the biggest defence and aerospace manufacturer in China and is estimated to employ more than 450,000 people.

While that may not seem like a direct link to stockbroking, AVIC has over 100 subsidiaries and has its fingers in plenty of pies. Acquiring Goodbody would give it a financial base in the European Union.

The sale price will likely be around €100 million

Several publications have reported that the sale price is likely to be in the region of €100 million.

While the price tag may seem large, it doesn’t even take into account the €46 million that the firm will receive from the sale of the Irish Stock Exchange. Goodbody owns a large stake in the exchange, which is being sold in a deal worth €137 million. 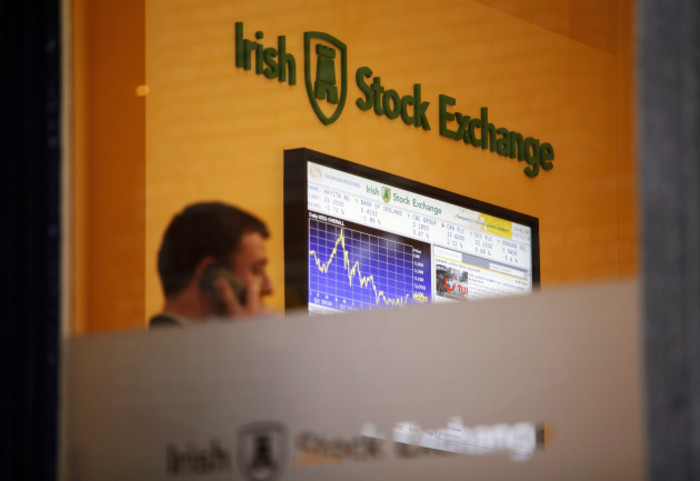 This could be paid to the company’s existing shareholders as a dividend or could form part of the deal.

Goodbody’s current owners will cash in

Either way, Goodbody’s current owners are in line for a big windfall. AIB sold the stockbroker just before the bank was bailed out by the State.

Kerry-based fintech firm Fexco currently owns 51% of the stockbroker after paying €24 million for the share. The stockbroker’s management own the rest of the company.

Fexco has been receiving dividends from Goodbody for years and has already made most of its purchase price back from these alone.

This means that any cash made from the sale of the ISEQ, as well as from Goodbody itself, will largely represent pure profit to the Kerry company.

While both parties are keeping quiet about the state of play, the Sunday Times reports that a deal could be completed within a month.

The Irish Times reports that Roy Barrett, who has led Goodbody for over 20 years, recently emailed staff to say that the talks would not result in any job losses or a change in the company’s strategy.

Whatever way it goes, the sale of the ISEQ appears to have wheted the deal-making appetites of stockbrokers, with reports that Davy is on the hunt for acquisitions and AIB is eying up Investec.