KBC BANK REVEALED this morning that it plans to stay in Ireland in a move that will come as a relief to the 1,000 staff employed by the organisation.

The bank, which is Belgian-owned, had been conducting a strategic review of its operations in Ireland.

As previously explained by Fora, KBC Ireland was loss-making for years after the crash and required a bailout of about €1.4 billion from its parent company.

However, it has returned to profitability in the last two years, and at the start of 2016 the group said that it was planning a strategic review of the business.

One of the options that was being considered was to sell off its Irish arm, in a move that cast uncertainty over the positions of the 1,000 people who work for KBC Ireland.

However, announcing its full year results today the bank said Ireland is one of its “ core countries” and is a “a sound and attractive market in which we wish to play a more active role”.

The Irish company’s chief executive Wim Verbraeken this morning laid out why the Belgian bank decided to stay put.

Speaking to Newstalk’s Business Breakfast he said that there were three key reasons.

“It is fair to say that the strong recovery of the Irish economy in the last couple of years combined with very strong fundamentals and attractive demographics have been viewed very positively by the group.

“Secondly, there was the turnaround performance of the bank itself. Returning to profitability in 2015 and the confirming that in 2016.

He added: “Finally, and most importantly, there is the acknowledgement by KBC that we are very well positioned and have a plan to capture the opportunities that are out there in the Irish market.”

The bank has attracted a share of about 12% of all new mortgages in a market that is growing at an annual rate of about 25%.

Strong pent-up demand for homes, coupled with increasing prices, has led to forecasts from Davy analysts that the total Irish mortgage market will double from €5 billion to €10 billion by 2020. 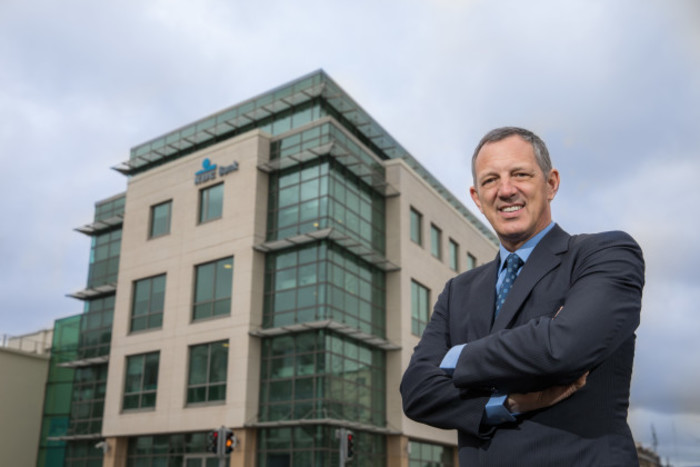 The bank also announced this morning that it is putting a new focus on the small business market. Before the crash, KBC had focused on corporate and real estate lending.

Since then, it has repositioned itself to focus mainly on retail mortgages. The announcement that it will be taking aim at the small business lending market is likely to come as a welcome one to any SMEs.

Small business loans in Ireland are some of the most expensive in Europe. This has been linked to the lack of competition for business lending in Ireland, as the market is dominated by the main pillar banks.

In a research note published this morning Goodbody analysts said that KBC’s objective of at least a 10% share in the retail and micro-SME markets “is likely to add incrementally to competition for the larger banks”.

The bank will also continue to offer life and non-life insurance products through collaborations.