FOR YEARS, JULES Coleman wanted a dog. So when she found herself with more free time after leaving the company she founded, she knew exactly what to do.

Over five years, Coleman and her friends Alex Depledge and Tom Nimmo built up their on-demand cleaning startup, Hassle. However she left the company, since rebranded as Helpling, only a few months after it was sold in 2015.

She’s now back in the startup game with a venture called BuildPath – an online architecture advice service – which already has 15 employees after its launch last year.

For the latest installment of Fora’s question-and-answer series, Coleman talks about finding her feet with Hassle in the early days, her not-so-memorable time in retail and one of the most over-hyped trends in startups. 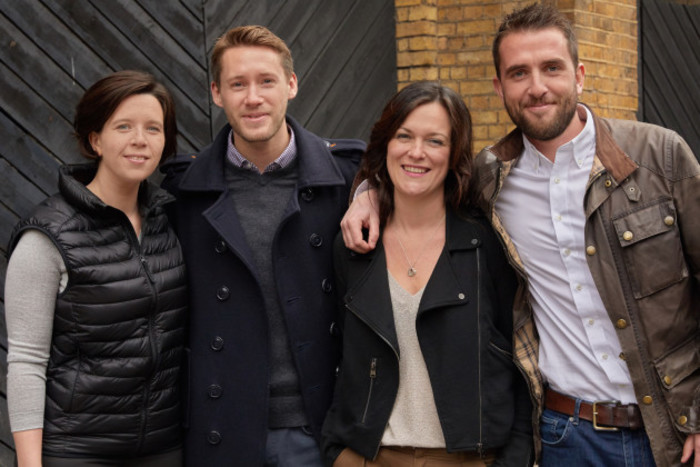 What’s your favourite question to ask in an interview and why?

I tend not to go in for the tricky interview questions because they put people on the defensive. Some people thrive and most people hate them. I tend to just ask people to tell me a bit about themselves and see where the conversation goes.

One question that does tend to be kind of eliminating is, “So what do you know about BuildPath?” It’s shocking the amount of people who turn up for an interview and know literally nothing about the company at all.

That tends to show you how serious a candidate is or how much research they’ve done. I’m not expecting them to know everything about the company, but knowing what industry we’re in would be a good start.

Not to be a cliché, but I don’t really believe in failures. Looking back now, we see the first year or two of what became Hassle was about figuring things out.

I think it was formative, but we could have called time sooner on the approach of trying to provide 27 different services.

People were telling us this wasn’t the right approach, and we were adamant we were right. It turns out they were right and we were wrong. But it all set us up for what Hassle became.

Realistically I’d still be in management consulting, but I always wanted to be a radio DJ. It’s ridiculous, but it’s my childhood dream.

Myself and my husband, Simon, also talk about one day running a boutique hotel, because it’s an intersection of a lot of what we’ve done to date.

Before I get to work, I take my dog for a walk and I get to the office between 8am and 8.30am, depending on the tube in London. Then I’m headlong into the day. I probably should have more structure to my day, but I fail miserably at that.

At the end of the day, myself and my husband try to cook together. We get a meal kit box that gives you all the raw ingredients. We work pretty long hours and this way we don’t have to scramble around Tesco Express to try to find something to make.

When I was in university I worked my way around retail stores in Liffey Valley Shopping Centre and worked weeknights in a pharmacy – that was pretty terrible.

I had to wear a nurse uniform, which wasn’t a highlight of my career. That job showed me that people buy some very weird collections of things. Back in Hassle, because I did the technology piece, people assumed I was a complete nerd in all aspects of life.

Not that there’s anything wrong with geeky hobbies, but people might say, “What did you think of the latest Star Wars?” – when I’ve literally never seen Star Wars.

I think the Collison brothers because what they have done at Stripe is amazing. If I could get John and Patrick’s brains in this business, we would be light years ahead.

However, a piece of advice we were given when we started out was that when you’re a young company, the best kind of people you can bring in are people who are about 18 months ahead of you. So maybe a superstar entrepreneur would be the best hire.

What’s the oddest item in your office / workplace?

I got the Eir Internet Hero award last year and the award itself is in the shape of a golden spider. It’s quite unusual looking, which is usually a bit of a conversation-starter. 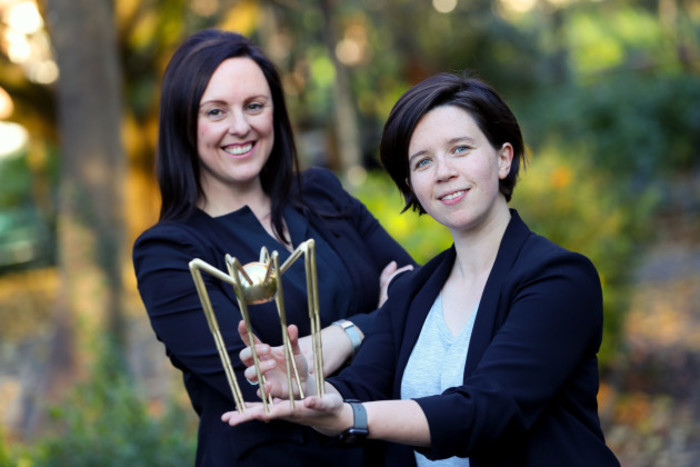 I’m not sure if ‘possession’ the right term to use, but it’s probably my dog – Percy. When I left Hassle in January 2016, the first thing I did was get a dog.

I grew up with dogs and always wanted one but working in startups for five years meant it never really made sense to get one. But when I was out of Hassle, I had more time, so I got a cockapoo puppy.

It gives me something outside of work. There is a reason to leave the office and go home, because we need to feed Percy and bring him for walks.

What business sector do you think is the most over-hyped?

During my time at Index Ventures – after I left Hassle – we saw a lot of early-stage companies, and we didn’t see a startup come in that didn’t claim to have some artificial intelligence component.

I think there is some amazing stuff being done with AI, and we will make some great strides. But I think there is a lot of over-hype about what is being achieved currently and what is consumer-ready.