IRELAND’S OLDEST OUTDOORS clothing and equipment retailer is planning to open a new store on Dublin’s George’s Street after Dunnes Stores ditched plans to open a restaurant there.

Burger chain Five Guys has since moved into one of the units while the Dunnes-owned Asian eatery, Neon, was expected to move into the second space.

However, the owners of Dunnes Stores has submitted a new planning application requesting permission to convert the unit that was tipped to house Neon back into a retail unit.

Derek Moody, co-owner of retailer Great Outdoors, told Fora that if planning permission is secured by Dunnes, his business will open a new flagship store at the location and close its existing outlet on Chatham Street, where it has traded since 1976.

“The layout of our Chatham Street store hasn’t been right for a number of years and we’ve had our eye out for a bigger location,” Moody said.

“We couldn’t do in Chatham Street what we can do in George’s Street; knocking walls down where we are now isn’t feasible.” 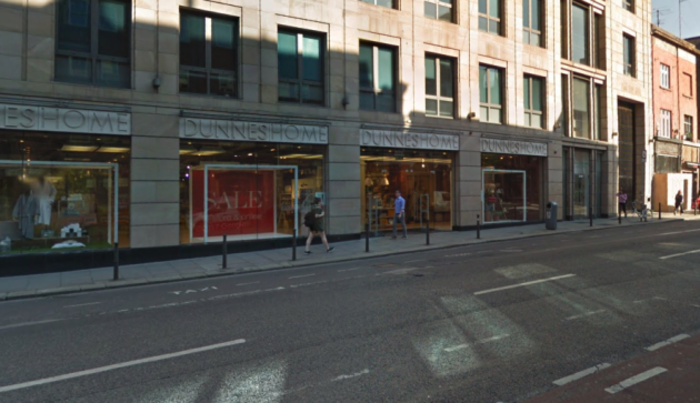 If it is approved, Moody said Great Outdoors will continue to trade from its Chatham Street store for a period, but “ideally we’ll switch over completely to George’s Street in time”.

“Footfall on George’s Street is phenomenal and this will give us the opportunity to get in front of more people.”

Moody added that he is hopeful the new outlet could be opened by early 2019.

Great Outdoors is the oldest outdoor shop in Ireland and has traded from its location just off Grafton Street since 1976.

The most recents accounts for Great Outdoors Limited show the firm recorded a profit of over €112,000 during the 12-moth period to 31 August 2017.

The firm’s potential move comes at a time when the retail landscape of South Great George’s Street has changed.

Dunnes shut its homeware outlet on the street because it was “underperforming”, the family-run music store Waltons also closed down and doughnut chain Aungier Danger shut up shop after it filed for liquidation.

However, there has been an influx of new businesses into the area too, including Danish homeware brand Søstrene Grene, burrito chain Boojum and Five Guys.

Across the street from the proposed unit for the new Great Outdoors store, plans have been approved to develop a new Premier Inn hotel in a building vacant for nearly three decades.