IRISH PROPERTY DEVELOPER Gerry Conlon is taking his fight to build a new pub on Dublin’s Dame Street to An Bord Pleanála.

Earlier this year, the firm lodged permission to turn a five-storey office block at 37 Dame Street, opposite the former Central Bank building, into a pub.

The building, which previously housed the Irish Migrant Rights Centre, was acquired by Conlon last year for €1.6 million.

However, the plan was rejected by the council last month, ruling that a new pub would lead to “an over concentration of entertainment uses” and would not support a “balanced mix” of businesses on Dame Street.

Third-party objectors also noted that the street is already saturated with pubs and bars, and that the redevelopment work would have an impact on the protected structure.

However, Conlon has now appealed to An Bord Pleanála in an attempt to get the council’s decision overturned. 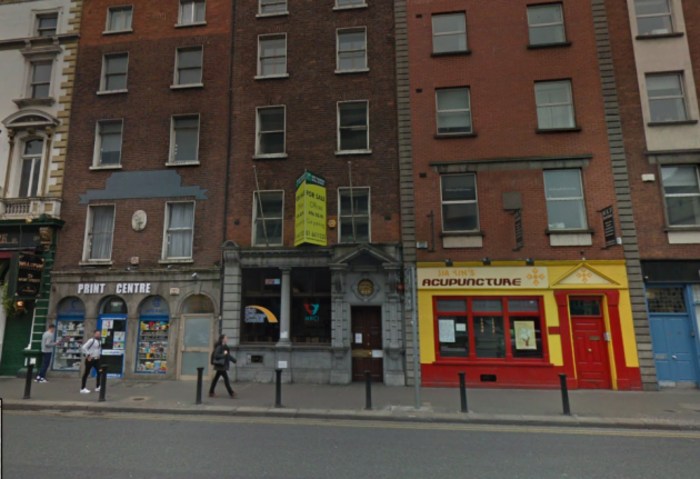 The proposed Dame Street pub is only part of Conlon’s redevelopment plans for the area.

On the other side of the street, he is looking to develop a new hotel in the building that contains the recently closed Mr Simms Olde Sweet Shoppe and pizza restaurant Skinflint.

The developer also owns the nearby Central Hotel on Exchequer Street, where he is planning a multimillion-euro redevelopment project, as well as Trinity Street car park.

Elsewhere, Conlon has taken a stake in hospitality group NolaClan, which owns Dublin hotspots such as Xico on Baggot Street and House on Leeson Street.