IRELAND’S REPUTATION AS a base for international tech companies got some additions to the roster in 2019.

According to the American Chamber of Commerce, foreign direct investment had another strong year but looming shadows of Brexit and a possible global economic slowdown are causes for concern.

Corporation tax remains a key reason for many of these location decisions but the organisation’s president Mark Gantly said that Ireland has developed a strong track record over several decades.

“There is a history of companies coming here to do manufacturing and 20 or 30 years later, they are a multi-business campus,” Gantly, who is also senior R&D director at Hewlett Packard Enterprise, said.

“It’s unusual now to see an operation that’s purely manufacturing. You tend to get a diverse campus with R&D, business services, sometimes you’ve got the IT function, treasury etc.”

Intel, one of the longstanding multinationals in Ireland, celebrated 30 years in the country in 2019 and secured planning permission for €3.6 billion expansion of its facility.

As the curtain closes on 2019, foreign direct investment in Ireland remains in a reasonably strong shape but what will 2020 hold for the FDI landscape?

A great albatross over Ireland’s destination for investment is a global push for change  around corporation tax. Experts and investors have poured over the potential changes coming down the track internationally as the Organisation for Economic Co-operation and Development (OECD) laid out its long-gestating plans to overhaul the world’s corporate tax structures. 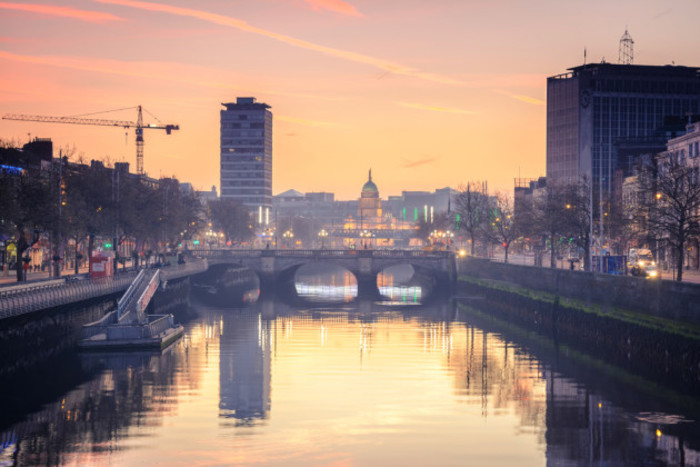 In October, the intergovernmental organisation opened a consultation process to hammer out a “unified approach” to proceed with revamping taxation in an age of tech giants and digitalisation.

At the core of the issue is getting tech firms to pay tax based on where they generate the revenue rather than booking the revenue through a low-tax location like Ireland.

Changes to corporation tax have been on the agenda internationally for some time with Ireland caught in the crossfire.

For Joe Bollard, an international tax partner at EY, 2020 will be the year that these changes start to take shape but their impacts will not be felt until the years to come.

This echoes statements from finance minister Paschal Donohoe but medium and longer-term effects are “much more speculative” on how the OECD process plays out.

It places companies in something of a tricky position.

“Businesses don’t have the luxury of waiting for the outcome of that in terms of the structure of the business etc,” Bollard explained. “I think at least for the near term, into 2020, we will still see folks continue to evaluate Ireland as one of the best options for where companies might continue to locate.”

However the eventual outcome of the OECD’s efforts will start to “loom larger in people’s investment decisions as the clock continues to turn”, he added.

Yet another unknown is Brexit. After Boris Johnson’s decisive win in the UK’s December election, the path to Brexit is clearer now.

While Ireland has benefited in one sense with companies opting for Ireland over the UK, the future relationship with our neighbours could have some effect on FDI decisions.

Depending on how the UK’s exit and eventual trade deal with the EU shakes out, the UK could emerge as a new FDI destination with favourable incentives.

“It’s easy to agonise over external (issues), US trade policy, Brexit, corporation tax changes, but in some respects, we’d be best served to focus on what we can actually control,” Gantly added.

“We would say that the primary threat to the continued success of FDI is around access to talent. The pendulum has very much swung toward challenge over the last number of years.”

Gantly said that more needed to be done to secure the talent pool in Ireland to ensure the country remains an FDI landing spot with talent that wants to come here.

A general election is on the cards at some point in 2020 and these will be hot button issues, he said, if Ireland wants to maintain healthy amounts of investment as well as activity in the indigenous sector.

There is a litany of issues at play on that front, from housing to transport infrastructure and rural broadband to income tax rates.

“Personal tax rate is, in our view, probably more of a threat than some of the external factors,” Gantly said.

“They’ll come here and stay here if they feel there’s an opportunity to build not just a career here but a life here.”

Gantly said younger generations, especially in Europe, are more mobile than ever and have the luxury of choosing where to work – whether this is people coming to Ireland or leaving.

“One point that we have made over and over again is that we think that we have a really good plan, the National Development Plan. Most of the right things are in there,” Gantly said.

“The issue is execution and there has to be (the) speed of execution. Our biggest concern is not around the ambition that’s in the National Development Plan, we think that’s great. Our concern is that we have the ability to execute on that plan quickly.”