FOR SOME IT may have seemed like poetic timing.

Last week the government delivered Budget 2020, its no-surprises plan laid out under the pall of Brexit. The same week, the Organisation for Economic Co-operation and Development (OECD) laid out its long gestating plans for overhauling the world’s corporate tax structures.

Ireland’s 12.5% corporation tax rate has long been the government’s golden goose, but one that has come under increasing scrutiny and attack. Finance Minister Paschal Donohoe, to the surprise of no one in his budget speech, said “it has served us well and it will not be changing”. The world around Ireland, however, is.

This week, Donohoe was mingling with officials from the World Bank and International Monetary Fund in Washington DC, where corporation tax was very much on the agenda.

On European and global stages, leaders have pushed for harmonised tax rates for multinationals, often focusing on tech giants.

This focus has often landed on how the relationship between customer and product has changed. With tech companies dealing with intangible digital goods or software products, booking these sales through one jurisdiction has been an effective way to keep tax bills down.

It has served Ireland very well with Facebook, Google, Apple and many others doing so here – though it has drawn the ire of many, including EU antitrust officials in the case of Apple.

Organisations such as the Irish Fiscal Advisory Council have previously said that the government is still relying too heavily on revenue from corporation tax to fill up the public purse.

As Donohoe said in his speech in the Dáil, corporate tax receipts are up from the previous year, totalling €5.8 billion, an increase of 13.2%.

“While the increase in receipts is welcome, I am acutely aware of the risks associated with their concentration,” Donohoe said.

The OECD proposals – which are to be put out to consultation – make the case for maintaining taxation rights in the country where the profits are generated, not where the company is located.

The times they are a-changing

A change is coming, but just how in-depth or transformative it will be remains to be seen.

According to Ibec, the OECD proposals, if adopted, would wipe away around $1 billion from the State’s corporate tax intake.

In the face of this change, how can the government ensure that it is not left with a gaping multi-billion euro hole in the public finances?

Frank Barry, professor of international business and economic development at Trinity College Dublin, tells Fora that he doesn’t think that radical changes are imminent as “agreement on them is still a long way off” and the OECD will have to contend with possible opposition from the US and concerns of smaller nations.

Should a change of some kind to corporation tax come to pass eventually, Ireland will be left with the challenge of making up a shortfall in tax receipts.

“If we want to make up those tax revenues, we clearly have to raise other forms of taxation,” Barry says.

“That would most likely be in the form of income tax but the other way to deal with a major shock to your tax revenues is to borrow and adjust to the shock slowly,” he adds.

“International borrowing at the moment is really dirt cheap so I think the Irish strategy would be to borrow and adjust to the loss in tax revenues more gradually.”

The OECD has set a 2020 deadline to get something over the line. It may seem ambitious but the organisation has had these reforms on the agenda since 2015.

Brid Heffernan, tax manager at Chartered Accountants Ireland, says it’s likely that the OECD proposals “will come to fruition” at some point so Ireland needs to make its voice heard to avoid being left behind – this involves taking advantage of some key points in the latest set of proposals.

“These new proposals outline that the new rules must ensure that small countries with smaller economies can also benefit,” Heffernan says.

Secondly, she adds, the proposals recognise that profits generated from commercial assets would be excluded, given the focus on ‘marketing intangibles’ like user data and digital services.

“Thirdly, these proposals have outlined that the rules should only apply to large consumer-facing businesses, which would mean that Ireland’s manufacturing, pharmaceutical and research and development businesses would be largely unaffected,” Heffernan explains.

“There is an acknowledgement that these new rules will be difficult for a small, open export-orientated country such as Ireland but the government must continue to make its voice heard so that wherever these proposals land, they will work for Ireland.”

Trinity College’s Barry says that he believes the US will present a hurdle in reaching a global consensus. 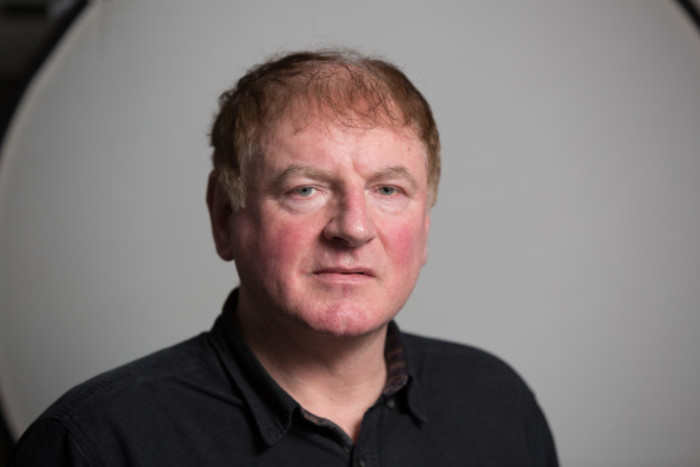 “I don’t see this proposal as being accepted in the short term at least. It’s not going to be a major problem that will hit us in the short-term,” he says.

“The longer-term is a different issue and I think sooner or later, a proposal like this will probably make some headway.”

The EU has attempted to introduce its own digital services tax that would applied across the bloc in a bid to harmonise regimes. The plan ultimately fell due to conflicting views among member states.

Since then, a frustrated France has introduced its own digital services tax that taxes large tech companies based on the revenue they generate from French customers – it’s a move that drew the ire of the US, claiming it can be discriminatory to American companies.

Other EU nations, Italy the latest, have expressed an interest in following France’s lead.

The OECD is keen to avoid repeats of France’s action. OECD Secretary-General Angel Gurría said at the release of the proposals last week that if no agreement is reached by 2020, more countries will act unilaterally and it would have a negative impact on the global economy, creating a patchwork of corporate tax laws.

“We must not allow that to happen,” he said.

Such unilateral moves could inflame trade and tariff spats in the world too, Barry adds.

“Given the current administration in the US, if they’re hostile to that as they have been up until now, that could lead to a heightening of the current tariff war that’s taking place,” he says.

“America still has a lot of clout and if it’s resistant to European countries doing this unilaterally then there’s going to be a cost to pay in the sense of heightened global trade tensions.”