AMID THE BEWILDERING number of languages and the hectic bustle as the European Parliament convened in Strasbourg this week, Johan Van Overtveldt tried to put it as plainly as he could.

On an overcast Tuesday in the northeast of France, the Belgian MEP laid out the “extremely important junction” for the European Union.

Van Overtveldt’s briefing was one of a number that Fora sat in on this week as the bloc plots the future as it nails down a seven-year trillion euro budget.

It will be the first budget cycle without the UK, which had been a significant contributor until now. It is also the first that is going face-to-face with the issue of climate change and the need to pony up the funds for Ursula von der Leyen’s ambitious green deal.

Ireland will also be an interested observer as the discussion of finances in the EU inevitably lands on taxation, particularly digital tax.

The briefings were held ahead of a summit next week called by European Council president Charles Michel to come to a new agreement on the multi-annual financial framework (MMF) among the member states’ leaders.

The MFF is a seven-year framework that will affect the many cogs of the bloc, from migration to agriculture. The next seven-year cycle will commence on 1 January 2021.

As the European Parliament convened in Strasbourg this week, the MFF was a point of serious debate and contention. 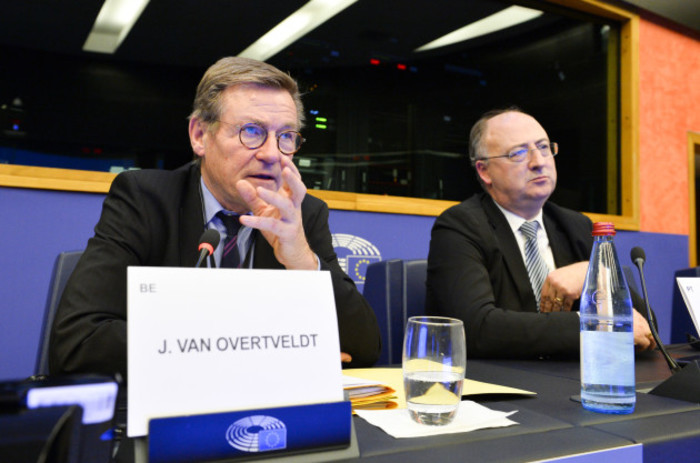 “At the end of the day, we showed ourselves to be able to make a compromise and a good compromise.”

Business and research investment initiatives like InvestEU, Horizon Europe, Digital Europe and the Connecting Europe Facility and the space programme are all due to see increases in their coffers through the MMF. The question is by how much and how much will each member state contribute.

The European Commission, the EU’s executive branch, presented in May 2018 a package for the new MFF.

It proposed a seven-year budget that would see the 27 member states contribute a maximum of 1.1% of the EU’s gross national income (GNI), which refers to the total amount of money a state brings in.

The European Parliament disagrees and argues that the MFF ceiling should be set at 1.3% of GNI.

The council, which brings together the heads of each member state, now has to put forward its view so that all three entities can agree. Next week’s meeting will be a pivotal step in making much-needed progress.

During Tuesday’s briefing, the negotiating team addressed some of the concerns it has with reaching a compromise and agreement with the council by year’s end.

Jan Olbrycht, the parliament’s co-rapporteur for MFF talks, said “there needs to be political will, not mathematics”.

The parliament arrived at the figure of 1.3% of GNI, he said, because it is a necessary amount to ensure the EU operates at a “pre-Brexit level” and is also prepared for future policies.

Time is ticking down on making headway. Croatia, which currently holds the presidency of the Council of the European Union, wants an agreement by the end of its term in June.

“If we want to be ready on 1 January, we should have more than 40 regulations finalised. If we want to have it finalised, an agreement should be at the latest (made) in the summer,” Olbrycht explained.

“I don’t think this meeting next week will give the final agreement. I think probably it will be the first positive partial agreement or something that will be the opening of the debate.”

As we learned with the UK in recent years, deadlines can be flexible. While the new MFF is due to take effect on 1 January, there is a contingency plan if no compromise is reached. This would mean extending the current agreements for further talks.

This is not a desirable situation but Olbrycht’s co-rapporteur Margarida Marques, from Portugal, said that parliament will not sign off an anything “willy nilly” either. 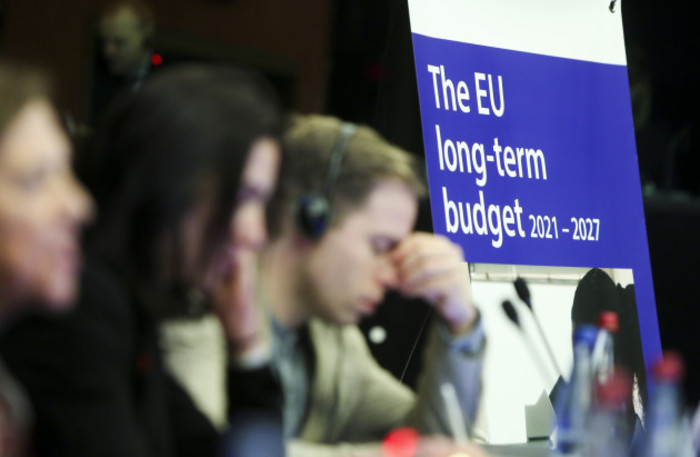 “If we have an MFF not fitting to the climate goals, we will have a problem at the end and that’s the reason why we think that we need more money in the European budget,” he said.

While these are centrepiece goals of the new commission and many MEPs, getting everybody onside has not, and will not, be easy.

These fissures were exhibited among MEPs in parliament. In the same week as the briefing on the MFF, representatives in the hemicycle voted 443 to 169 in favour of 32 gas infrastructure projects worth €29 billion. One NGO official called the move “climate hypocrisy”.

At the same time, there are competing strides from the green-focused segments of the European Union that want to push through the green financing plan at any cost – but this too has created a backlash.

“I don’t understand someone like Frans Timmermans who says whatever the financing, we will go ahead with the green deal. That’s totally irresponsible because that’s the way to chase away private investors,” Van Overtveldt said, referring to the Dutch official charged with implementing the green deal.

Another issue is the so-called “frugal” nations, a term commonly used during the briefing on the matter of some countries paying more than others.

José Manuel Fernandes, a Portuguese MEP on the negotiation team, took issue with member states criticising the amount they must contribute to the budget.

“The issue of frugal member states bothers me,” he said, adding that everybody gets something back and the 1.3% figure “did not come out of the sky”.

Any discussion of finances in the EU will inevitably land on taxation and more specifically digital tax. It has been a lightning rod for debate in every corner of the bloc.

For Fernandes, it’s “a question of justice” to ensure that “those who benefit from the single market have to pay”.

The EU has been going back and forth on introducing a harmonised corporate tax regime that would see a more equal footing for taxation, especially of the major tech companies.

Ireland’s 12.5% corporate tax rate has been a regular target for criticism with the country playing host to the low-tax-paying bases of Facebook, Google and many others.

Efforts to force tech giants to pay taxes based on the origin of their revenue – for example, paying tax for French-generated revenue in France – have stalled over the years.

Now the talks are happening at the OECD level for a more international approach.

When that bears fruit remains to be seen but EU officials and ministers have indicated desires to take up the baton in Europe again if no progress is made.

This is yet another complicated spoke on the vast sprawling wheel that is the financing of the European Union.

Fernandes insists that the European Parliament’s position and its figure of 1.3% of GNI are “completely realistic” and that the team does not want to reject a deal.

He added that come January if no deal has been made, it will not be the parliament’s fault.