A NEW HOTEL chain is making its first move in the Dublin market and has snapped up a freehold site in Dublin city centre.

The “super budget” brand EasyHotel, which is owned by EasyJet airlines operator EasyGroup, has acquired a site near Smithfield on the corner of Benburb Street and Wood Lane.

There is pre-existing planning permission for a 96-bedroom hotel at the location, but the budget chain wants to amend these plans to develop a 130-bedroom hotel.

The group stated that the total cost of its first steps in the Dublin market will run to €18 million – with half of that expense already spent on the acquisition of the site.

There are currently 28 hotels that operate under the EasyHotel brand in the UK, Europe and the United Arab Emirates with a combined 2,505 rooms between them.

The majority of the hotels are franchise-run, with EasyHotel the owner and operator of seven locations – all of which are in the UK.

The move into the Irish capital by EasyHotel’s owners is part of a wider continental Europe expansion plan. The Dublin hotel will be the chain’s second owner-operated European hotel, with its first, in Barcelona, due to open this summer.

EasyHotel is also expanding the spread of hotels it owns in the UK and plans to open eight new locations across England and Wales. 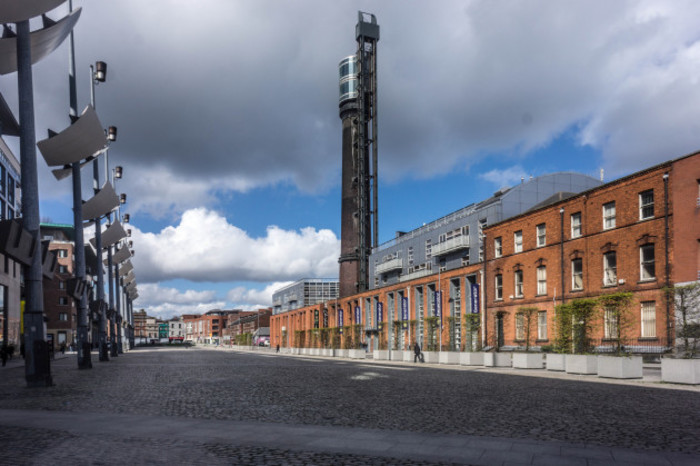 The new hotel will be located near Smithfield
Source: Flickr/infomatique

The rapid rise in hotel developments across the city has come at a time when there is an acute shortage of tourist accommodation in Dublin.

“Dublin’s already high occupancy levels have left little room for year-over-year growth,” according to STR analysts. ”However, the market’s popularity as a destination and consistent demand for rooms continue to result in record-breaking performance.”

EasyHotel’s planned expansion to Dublin has come a matter of weeks after German boutique hotel brand Motel One received planning permission for its first Irish location.

A number of other large hotel developments are also planned for the Irish capital, with a new nine-storey hotel on the old site of Ned’s pub in Dublin city centre recently cleared for construction.