IRISH RETAIL GIANT Dunnes Stores is up against local government once again after deciding to go ahead with works in a Blackrock store before clearing the planning system, a cause of concern for Dún Laoghaire-Rathdown council officials.

The secretive supermarket last year applied for permission to operate a store in the former Playwright pub at Newtownpark Avenue and began trading at the site in November.

Dunnes Stores had in October applied for additional planning permission to make various amendments to the new supermarket and its car parking facilities.

It requested permission to amalgamate the supermarket and an adjacent ex-flower shop in order to increase the total retail space by some 400 sq m to 1,100 sq m.

It also asked to change a first-floor restaurant space and upstairs offices into additional supermarket space and a staff area and sought permission to extend the car park from 50 to 66 spaces.

However, a planning inspection completed by Dún Laoghaire-Rathdown council suggested that internal works to amalgamate the supermarket and ex-flower shop “have already been undertaken”.

This prompted officials to seek further information from the company and issue a warning that Dunnes Stores may need to submit a new planning application for the works.

Recently filed documents show that Dunnes Stores responded to the council’s concerns at the end of last month, claiming that it doesn’t need planning approval for the works because they “do not impact the external appearance” of the store.

The response prepared by Wicklow-based firm Project Design Architects said that the bulk of the renovation has yet to be completed, although “works have been undertaken to get the units ready for amalgamation”.

This included “stripping the shop floor, the stripping of walls and ceiling tiles and the replacement of stairs”, it said.

“As the works undertaken are internal and do not impact on the external appearance of the structure, it is considered the works listed are exempt (from planning permission).” 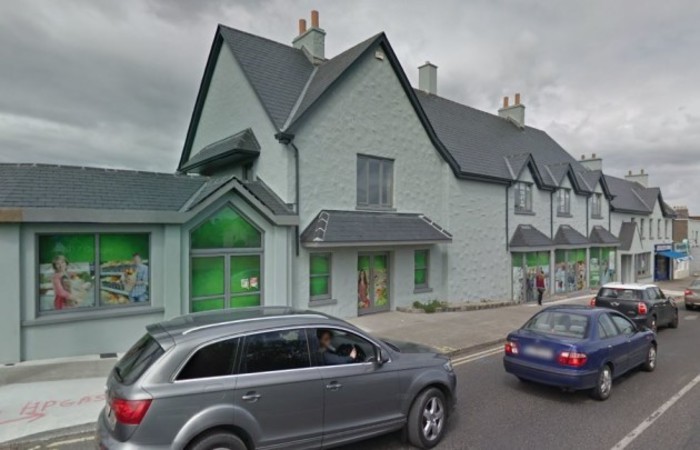 The company was also ordered by the county council to provide a detailed drawing of its proposed car park showing that the supermarket would provide at least seven spaces with charging points for electric vehicles.

In its response, Dunnes Stores said that it believes one charging point is sufficient to reflect the fact that it has already been given approval for 50 spaces and is seeking permission for 16 new ones.

“It is our position that the requirement to provide electric charge points should not be applied retrospectively and therefore should only apply to the 16 new parking spaces being created.”

It also noted that “the popularity of electric cars in Ireland does not seem to be growing as fast as originally projected”, although it told the council it would add the underlying infrastructure for future charging points “as required”.

Last December, the retail giant came up against South Dublin County Council over a Café Sol in its Liffey Valley store which the local authority stated had gone up without planning permission.

South Dublin County Council said Dunnes never received the required planning permission to open the outlet and that it was only allowed to operate a retail store at the site.

An appeal against the enforcement notice was lodged by Dunnes after the two parties agreed for the case to be reviewed by An Bord Pleanála.

As previously explained by Fora, the retailer has been at the centre of several planning disputes involving some of the country’s largest retail establishments and its own landlords.

Dunnes Stores did not reply to a request for comment at the time of publication.