DUNNES STORES IS planning to open a new store in the former Playwright pub on Blackrock’s Newtownpark Avenue after submitting plans to the local council.

The Playwright had been a landmark pub in the area before it closed and was turned into a TGI Friday’s restaurant by Ciaran and Colum Butler, who also own the Starbucks franchise in Ireland.

That restaurant also closed and the prominent site has been vacant since 2011, but a fresh application by Dunnes Stores has now revealed it plans for the building.

The application lists Better Value Unlimited Company as the owner of the building with Dunnes CEO Margaret Heffernan among the company’s directors.

The plans submitted last week seek permission for the erection of illuminated shop signs and also include architectural designs for the facade of the building.

The front of the building facing Newtownpark Avenue.
Source: dlrcoco.ie

Speaking about the news that a new Dunnes is expected on the site, local councillor Ossian Smyth said plans for a supermarket had been spoken about for some time.

Smyth added that while he welcomes the news that Dunnes is investing in the area, he said that the company has other vacant sites in nearby Dún Laoghaire that are “hurting the town”.

“I’d be happy if they want to come in and talk to me, I’d talk to them, but if we’re not seeing anything more I’m going to be looking to effectively charging them rates on their empty properties, which they use to get a pass on,” Smyth said. 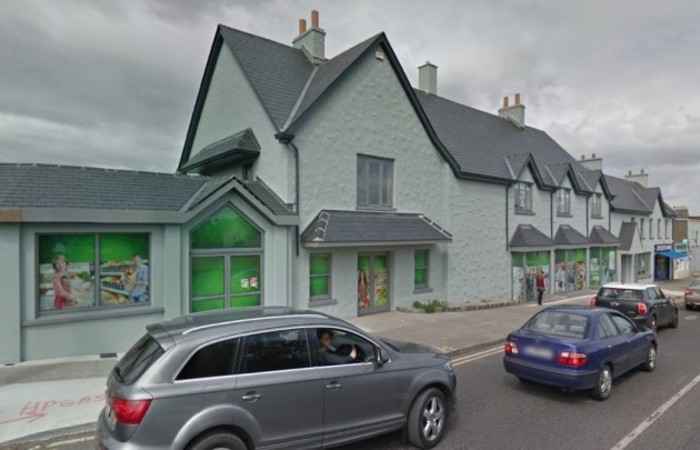 Retail lobby group Retail Excellence has previously claimed that Dunnes Stores is “undermining” trade in town centres by sitting on vacant shops around the country.

Speaking to Fora at the time, the group’s then-chief executive, David Fitzsimons, said the supermarket and clothing chain has left several main-street retail units vacant after moving operations to buildings in the outskirts of towns, an issue that has previously been raised before the Seanad.

Written by Rónán Duffy and posted on TheJournal.ie. Additional reporting by Conor McMahon