DUNDRUM TOWN CENTRE has the all-clear to scrap a number of retail units in an “underperforming” wing of the mall to create a new restaurant quarter.

The new wing of eateries will be located across multiple levels of the existing building facing Pembroke Square.

The area of the shopping centre already houses a number of food outlets, including Jamie’s Italian, Nandos and Five Guys.

Toy shop Hamleys was also located in one of the units due to be redeveloped before it closed its “no longer viable” Dundrum store earlier this summer.

Plans to redevelop the retail district were lodged earlier this year, with Dundrum Retail Partnership Limited requesting permission from the council to change the permitted use of several units from retail to restaurants.

Planning documents filed by the operators of the shopping centre said the building is in need of a revamp to ensure Dundrum Town Centre remains “best in class in an ever-changing retail environment”.

The firm wants to “move the focus from a struggling retail offer into a destination food, beverage and leisure offer”.

“The key aim of this proposal is to bring a more-focused food and beverage offer to the ‘Pembroke district’ which is currently underperforming and underutilised,” the planning application stated. 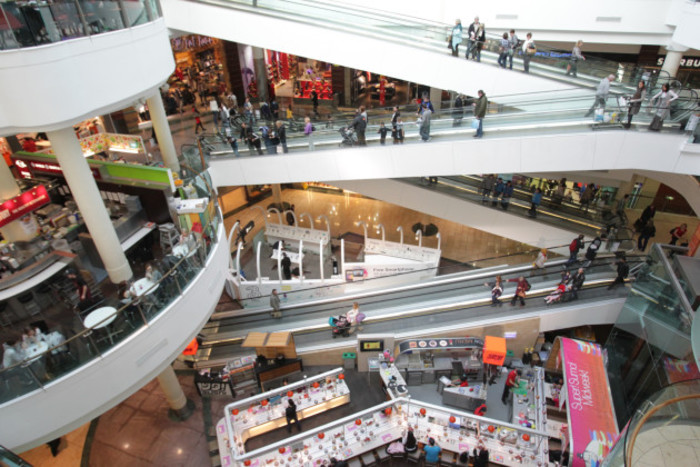 According to Dundrum’s website, some units in line to be developed house businesses such as Bella Baby, Gant and Miss Ali Stage School.

A spokesman for the co-owner of Dundrum Town Centre, property giant Hammerson, told Fora: “Hammerson is working closely with the small number of existing tenants affected, to plan for these alterations.”

As part of the project, the ground floor will remain largely untouched, apart from some minor alterations to the awnings at Jamie’s Italian restaurant.

On the upper levels, the façade of ‘building 13′ at the shopping centre will be renovated and internal changes will be made to four existing retail units on level one.

This remodelled space, totalling 1,352 sq m, will be turned into four new restaurants and a new 1,223 sq m bar. A separate leisure unit will be created on the mezzanine level above.

Some changes will also be made to the basement to create storage areas for the restaurants, which will result in the loss of nine car parking spaces .

The proposed works by Dundrum Town Centre also includes changes in the ‘Pembroke district’, including new outdoor seating areas for restaurant use. 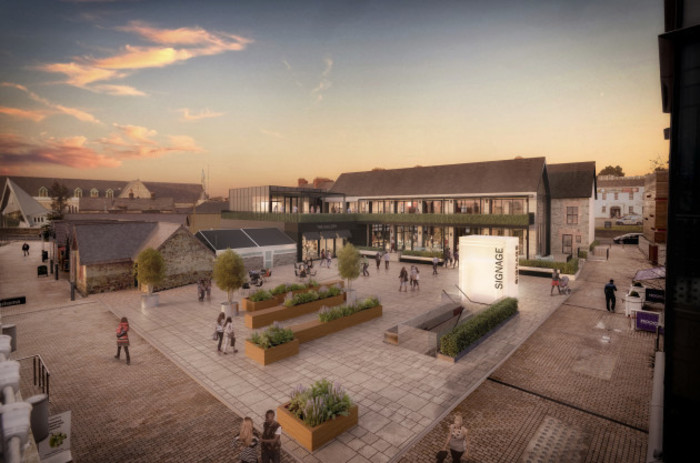 The approval for the new restaurant units by Dún Laoghaire-Rathdown County Council has come less than a month after a development in Pembroke Square was given the all-clear.

The separate project involves the creation of a new food hall, restaurant and revamped outdoor space. Upmarket food retailer Fallon & Byrne has already been lined up as a tenant for the site.

Property giant Hammerson previously said that the new Fallon & Byrne outlet will “reinvigorate a currently underutilised part of the centre”.

The plans for the new food and drinks quarter at Dundrum are similar to another Hammerson project underway at Pavilions Shopping Centre in Swords.

The UK-based property firm, which entered the Irish market in 2015, plans to create a new €3.3 million restaurant development later this year at the north Dublin shopping centre.

Earlier this year, the firm released figures that showed footfall was down by 3% in its Irish portfolio in the first half of the year.

Hammerson noted that the decrease in footfall at its locations was due to Ireland being “particularly badly hit” by Storm Emma in late February and early March.

Update: This piece has been updated to include a comment from Hammerson.