THE OWNER OF SuperValu has agreed a deal to acquire upmarket grocery chain Donnybrook Fair for an undisclosed sum.

As part of the arrangement, Musgrave will acquire Donnybrook Fair’s retail outlets spread across Dublin.

Donnybrook Fair operates food stores located in Donnybrook, Stillorgan, Malahide, Greystones and Baggot Street. It also has a gourmet food production facility based in the city.

The chain was founded by Joe and Mary Doyle and has roughly 250 employees on its books. The couple each owned 50% of the business before the takeover. According to a statement released by Musgrave, Joe Doyle will remain in the company.

Musgrave said the acquisition deal is part of its strategy to add “premium food offerings” to its group.

The food and drinks giant already operates a number of food businesses and retail chains in Ireland, including Centra, Daybreak, MarketPlace, Frank and Honest and Chipmongers.

Musgrave chief executive Chris Martin said the acquisitions La Rousse Foods and Donnybrook Fair are part of the group’s plan to expand its presence in the “premium foods sector”.

“Donnybrook Fair increases our penetration of the Dublin food market and our intention is to maintain and grow the brand for the long-term. We are looking forward to taking it to the next stage of development,” he said.

The deal is still subject to approval by the Competition and Consumer Protection Commission. 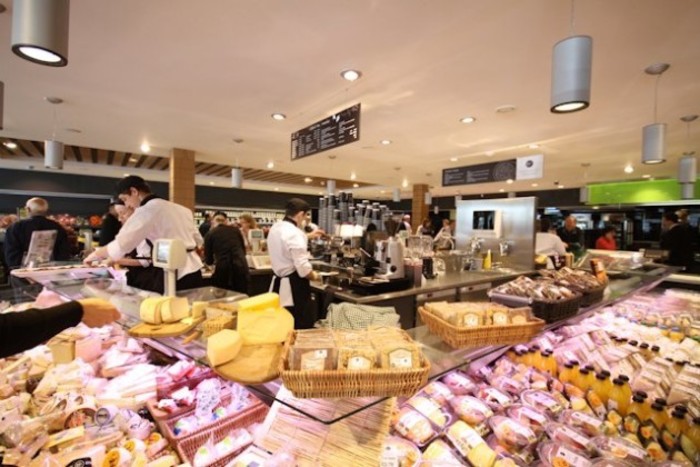 Last week, it was reported in the Irish Times that Dunnes Stores backed out of talks to acquire the Donnybrook Fair chain.

Speaking about the sale of his firm, Doyle said he was attracted to Musgrave’s offer because of the group’s intention to invest in Donnybrook Fair in the long-term.

Doyle has been in the retail business since he was a teenager and opened his own butcher shop when he was 17.

He acquired the grocery store Donnybrook Fair on Morehampton Road in Donnybrook in 1991 and in 2004 opened another store on Baggot Street. Since then, he has launched outlets in Greystones, Stillorgan and Malahide.

In addition to the grocery stores, Donnybrook Fair also has a wholesale food business, called Morehampton Foods, and operates a cookery school and a catering business.

Donnybrook Fair will represent a small wing of the Musgrave group, which employs more than 40,000 across its operations in the Republic, Northern Ireland and Spain.

It has 1,400 stores across these markets and registered total retail sales of €3.7 billion last year.

The most recent accounts for Donnybrook Fair Limited showed that the firm’s turnover increased by more than €3.7 million during the year to 31 January 2017.

This meant sales topped the €27.6 million mark during the 12-month period. The firm put the spike in sales down to its first full-year of business in Malahide.