THE LIMERICK BROTHERS behind billion-dollar payments firm Stripe have made the exclusive Fortune 40 under 40 club for 2017 – a list of the most influential people in the world.

John Collison, 27, and his brother Patrick, 28, two of the world’s youngest self-made billionaires, started the US-based company Stripe in 2009.

Since then, the company has gone on to receive $460 million in venture capital, a tranche of which was raised last year from US investors. That funding round valued the company at $9.2 billion.

With Stripe’s soaring valuation, it is estimated that the two brothers’ shares are each worth around $1.1 billion.

According to Forbes, there are only three self-made billionaires aged under 30 – the Collisons and Snapchat co-founder Bobby Murphy.

The Stripe brothers were listed sixth on Fortune’s list, just one place behind fellow Irish entrant Taoiseach Leo Varadkar, who made his debut in the club. They are among the youngest members of this year’s list.

However it’s not the first time the pair has featured on the exclusive list. Patrick and John first made their 40 under 40 debut in 2015 but did not feature in the 2016 edition. 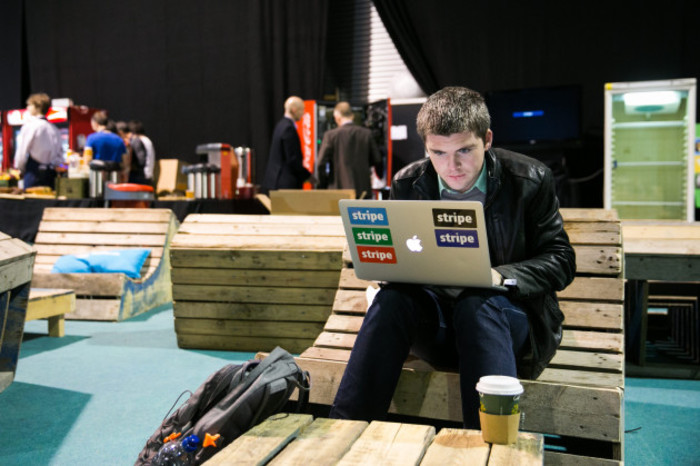 Stripe is the second startup success story the Collison pair has enjoyed. Before they created the billion-dollar payments company, the pair sold another company, Auctomatic, for $5 million in 2008.

Both companies have gone through the well-known tech accelerator Y Combinator in Silicon Valley.

Since Stripe launched in 2011, some of the tech world’s highest-profile investors have put their money behind the Collison brothers.

SpaceX and Tesla founder Elon Musk and Peter Thiel, one of the first investors in Facebook, both backed the payments firm in the early days.