AN POST REGISTERED a significant rise in profits last year, with the change in fortunes directly linked to the hike in the price of stamps.

Last year, the postal service announced plans to increase the price of a national stamp from 72c to €1.

At the time, An Post chief executive David McRedmond said the increase would bring stamp prices in Ireland in line with the European average.

The annual results for Irish postal service have shown that An Post yielded an additional €60 million from the stamp price hike last year.

McRedmond said this was one of the main reasons behind the organisation returning to profitability.

According to the latest accounts, An Post recorded an operating profit of €8.4 million last year compared to a €12.4 million loss for 2016.

Speaking on RTÉ’s Morning Ireland, McRedmond also attributed the “substantial turnaround” to a cut in the workforce and the relaunch of An Post’s parcels service.

Last year, headcount at the organisation was reduced by 333. The average number of full-time staff at the firm was 10,315.

McRedmond added that the group is on the verge of announcing a “breakthrough agreement” with the Postmasters Union that will see €50 million investment in the network of Post Offices.

He said there will be no compulsory post office closures in the near future, but there would be “some consolidation inevitably”.

Last year, it was suggested that 80 post office branches would be closed in rural areas of Ireland, but An Post denied these reports. 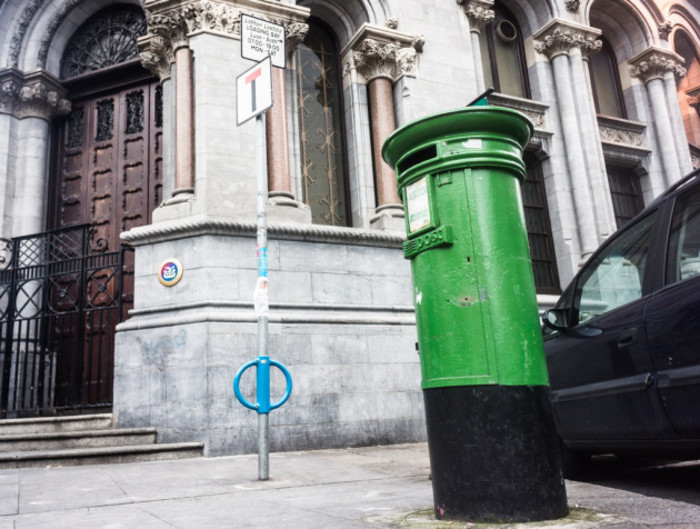 The vast bulk of turnover for 2017, some €542.3 million, came from the mails and parcels division.

It was forecast by business consultancy firm PwC the group could have suffered losses of up to €60 million this year, but the cost reductions across the organisation and €8.4 million gain in revenue from parcel deliveries boosted An Post’s finances.

An Post also made some gains through the sale of its former depot on Cardiff Lane in Dublin, which was placed on the market at a guide price of €150 million.

A restructuring of An Post last year saw the organisation split its mail delivery and post office network into two separate divisions.

The retail side of the business is responsible for management of the post office network and is also overseeing the organisation’s move to branch out into new areas, such as the provision of financial services.

McRedmond said An Post now has 30,000 people signed up for its new current account service, which was launched last summer.

He added that the group will get into the provision of small loans to individuals and SMEs in the near future, but there are no plans to offer mortgages.