HOME-SHARING GIANT Airbnb has hit back at new government laws that aim to regulate short-term lets in Ireland, calling them a “cut and paste” job.

Airbnb said that new restrictions on letting are “unlikely to significantly boost Ireland’s housing stock” and will “place new limits” on homeowners that rely on the tourism economy.

It added that there is “no clear rationale” for the rules being proposed.

“This appears to be a cut and paste from regulations in other cities, without properly adapting them to the needs of Ireland’s residents and communities,” the tech firm said in its statement.

Housing Minister Eoghan Murphy is due to introduce the new stricter letting laws next year, which will mean home-sharing on platforms such as Airbnb will only be allowed when the property is the owner’s primary residence.

The short-term let regulations will operate on a ‘one host, one home’ model in areas of the country where there is a high housing demand, such as Dublin city.

Homeowners will only be able to rent out their homes for a maximum of 14 days at a time and there will be an annual cap of 90 days.

The measures are seen as a way to tackle the current housing shortage and restrict the use of home-sharing platforms for short-term lets by landlords. 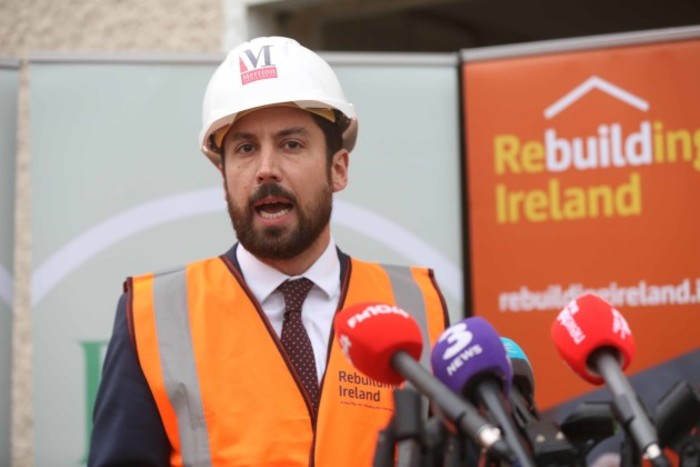 A spokesperson for Airbnb said that rules to legitimise home-sharing are “in everyone’s best interests” but said that it “didn’t cause Ireland’s historic housing concerns”.

“Community hospitality and holiday rentals are the backbone of many local economies, and cutting that lifeline will hit many communities hard,” the spokesperson said.

According to Airbnb, around 640,000 people used its service in Ireland over the summer, and the typical Irish host earns €3,500 per year renting accommodation for three nights per month.

The home-sharing platform argued that more accommodation is required as the number of visitors to Ireland continues to grow.

Around nine million overseas tourists came to Ireland last year, with 5.9 million travelling to Dublin. However, a shortage of accommodation in the capital has pushed hotel room prices to record levels.

Over 5,000 new hotel rooms are expected to come on stream by 2020, but tourism body Fáilte Ireland has said that’s not enough to cope with increasing demand.