BARRY DOWLING WANTS to convince you that he’s better than the banks.

Cheaper, faster, more convenient – the TransferMate co-founder fires out arguments for why you should use his company’s software at breathtaking speed.

Set up during the recession, the online payments company may be one of the few businesses in the country that benefited from the bank bailout and the subsequent economic collapse.

“During the recession, companies still had to buy and sell so if you were an Irish company selling to the UK, you may have sold less, but you were still selling,” he tells Fora. “Irish businesses hated the banks. All people needed to know was that we weren’t a bank.”

Dowling doesn’t harbour any particular animosity for the banks. He just sees them as easy prey.

“Banks spend the best part of 50 years building up a database of 25,000 companies that will make foreign exchange (forex) payments. They can’t possibly slice their rates or their margins, it’s their bread and butter,” he says. “They can’t adapt, so they’re a target.”

TransferMate has a way to go before it is up to anything near the size of one of the commercial banks, but Dowling is at least not lacking in ambition.

TransferMate moves money to different countries for its clients as cheaply as possible. The firm was founded by 39-year-old Dowling alongside serial entrepreneur Terry Clune, famous for his Taxback website and Sinead Fitzmaurice, who serves as the company’s chief financial officer.

Dowling and Clune set up Visa First in 2003 which, as the name might suggest, specialised in securing visas for people looking to travel.

Dowling found that the company was paying out a lot in charges when students were transferring money internationally and decided to set up accounts at home and abroad to try and get around paying large banks fees.

“The trading expenses were obvious to us. You pay a bank a fee to do the transaction, and they pay a bank on the other side for that transaction,” he says. “We saw so many people sending money back and forth and we decided that we could do it better.

“We thought it would be great to get registered in as many jurisdictions as possible so we could pay in and out to our own bank account and avoid the bank charges.”

The company processed $5 billion in payments by 2014 and according to Dowling is now processing about $1.5 billion a year with a staff of 165, the vast majority of whom operate out of the firm’s Irish base. 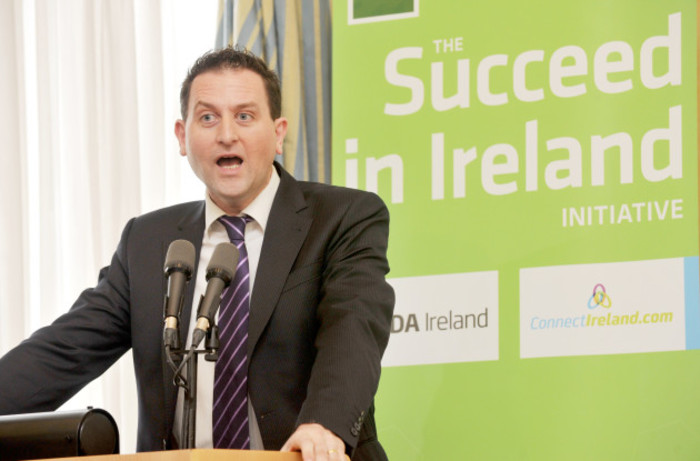 TransferMate started off buying currency at wholesale rates from Irish banks and then passing on the savings to consumers. Initially staff would have to manually ring up banks to arrange transactions for clients before the firm invested in an automated system to handle the bulk of the legwork.

When the company got bigger it was able to buy currency from international wholesale banks, like Standard Chartered and Bank of America, which wouldn’t bother dealing with smaller, individual customers. This allowed TransferMate to go head-to-head with traditional retail banks in countries such as Ireland.

The company charges a rate of about 0.5%, sometimes lower on larger transactions. Dowling claims that this is cheaper than traditional banks, many of whom would easily charge 1.5% or more on forex payments.

The company also offers several different services besides straight transfers, such as the option for clients to ‘lock in’ an exchange rate for several months, where a customer choose an exchange rate under which they will not buy.

Although not shown in the company’s abridged accounts, the company’s revenue likely runs into the millions thanks to the number of transfers it processes. Dowling says that the firm is on track to book $10 million in turnover and more than $1 million net profit this year.

A large portion of the firm’s cash is being sunk back into the business. TransferMate announced last year that it has invested €15 million into its operations and software, yet Dowling says that the firm has yet to take on any outside funding.

Staff, marketing and regulatory charges are the biggest costs for the firm. TransferMate is regulated in almost all of the states in the US as well as a range of countries around the world such as the UK, Australia and New Zealand. The expense of getting approval to operate in these countries can run into hundreds of thousands of dollars.

This cost is likely to shrink in the future, although the company will still have to pay recurring license fees for each market, however staff costs are rising as Dowling looks to expand aggressively.

TransferMate caters specifically to the corporate, rather than consumer, market. When the firm enters a new country it initially sets out to sign up large corporate clients and hopes that positive word of mouth about the company’s services will help it bring in more customers.

Ireland was the company’s biggest market initially, however this has radically changed over time.

“Ireland was where we proved the concept, it is easier to get feedback from clients when you both speak the same language,” Dowling says.

“We went international pretty quickly though, once we started building the online system we moved into the UK which is now probably our biggest market.”

As well as New Zealand, Australia and the US, the company is active in a smattering of countries across Europe, such as France and Spain. Dowling says that the firm is now focusing on bedding down in the markets it’s active in, rather than expanding into new ones.

For all his bravado, TransferMate is still a relative minnow in the foreign exchange game. The forex market is by far the biggest market in the world.

Although transfers of $1.5 billion a year sounds like a lot, over $5 trillion is traded every single day on the foreign exchange markets all over the globe. It would take the London Stock Exchange two months of trading to match the amount of forex trading that takes place in one day.

There are plenty of other companies offering similar services who are trying to move into the same territory as TransferMate. Other Irish firms, such as CurrencyFair, claim to offer extremely cheap exchange rates, while companies such as Western Union have carved out a niche in the international space. 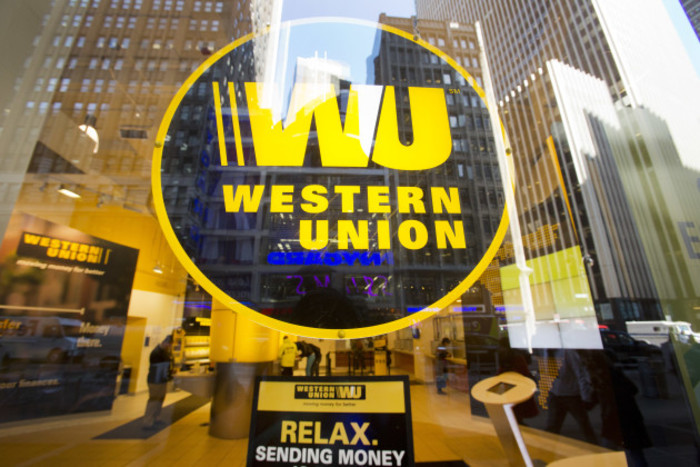 However, Dowling says that the biggest competition in the forex market is still easily the banks.

“If we call 100 clients in the US, 95% will still use a bank for exchanges,” he said. “We would come across Western Union maybe one time. CurrencyFair is still mainly used by individual clients, we wouldn’t really compete with any one company like that.

“The main competition is apathy. It’s clients who don’t understand the system and who don’t move over and stay the same as always. It’s still mostly the banks.”

Dowling is aiming big. He says that the company is looking to reach $18 billion in transfers in the next five years.

“(That) is the aim. What we have done to date has been done on a very tight budget, so we will most likely talk to investors and take on some outside funding,” he says. “I can’t say how much, but it will probably be this year.”

One of the Dowling’s big hopes is a new ‘wallet’ that the company has developed and is trialling. “In the same way that PayPal provides a virtual account, we have done that for businesses,” he says. “You can have an account with a wallet for 15 different currencies and have loads of different payments into that wallet.

“We have just started the beta tests with clients in the last couple of weeks. We hope it will have a big impact.”

By industry estimates PayPal processes over $300 million per day. Does Dowling really think that TransferMate can go up against companies like the US giant in the payments market?

“If you are using PayPal today you have to accept their exchange rate,” he says. “They charge between 2.5%, we charge much less and we have a product that is very marketable.

“We have a solution that can rival them.”

Read: ‘Fossett’s is part of the fibre of Ireland – we’re the national circus’