IRELAND’S MOST FAMOUS circus is going to stay in the Fossett family.

Co-owner Robert Fossett already thinks that it is very likely that his children, aged 10 and 11, will take over the reins of the institution when it is time for him to pass it on.

“Some people might ask me from a perspective of, why would you do that to your children,” he says. “Sometimes when you’re contemplating life that’s a question you ask yourself, but at the same time part of my children’s DNA is that they’re Fossetts.

“I don’t mean to sound pretentious, but unless you’re on the road with us and you tour the country and you see the place that we have in people’s hearts, it’s very difficult for you to understand.”

Fossetts, jointly owned by brothers Robert and Edward, is Ireland’s most famous circus. One of Ireland’s oldest companies, the 128-year-old firm went into the examinership restructuring process last year amid mounting debts. After its creditors took a hefty write-down, the show is back on the road.

Fossett’s has been doing the same thing for the last 128 years: try to entertain and dazzle the public by putting on the best show it possibly can. After moving away from animal acts at the turn of the decade, Fossett’s focuses more on human performance such as clowns, acrobats and trapeze acts.

The company was started by Corkman George Lowe, who toured the US with famed showman William Cody aka ‘Buffalo Bill’, before he returned to Ireland and set up his own circus troupe. Accomplished horse rider Edward Fossett joined in 1918, falling in love with and marrying Lowe’s daughter, Mona.

The couple had six children who followed them into show business and established Edward Fossett and Sons Circus, which has been passed down through the family since.

Fossett’s has gone through hard times in recent decades. A dispute between the extended family led to legal action that started in 1992 and was not resolved until 2008, leaving a settlement bill of €500,000.

The company went into examinership in October 2014 following the battle and a dispute with Revenue over unpaid VAT. After securing a write down of almost €180,000 from its creditors bringing accumulated losses down to just under €14,000, Fossett’s came out the other side of the process and brothers Robert and Edward are now looking to steady the ship. 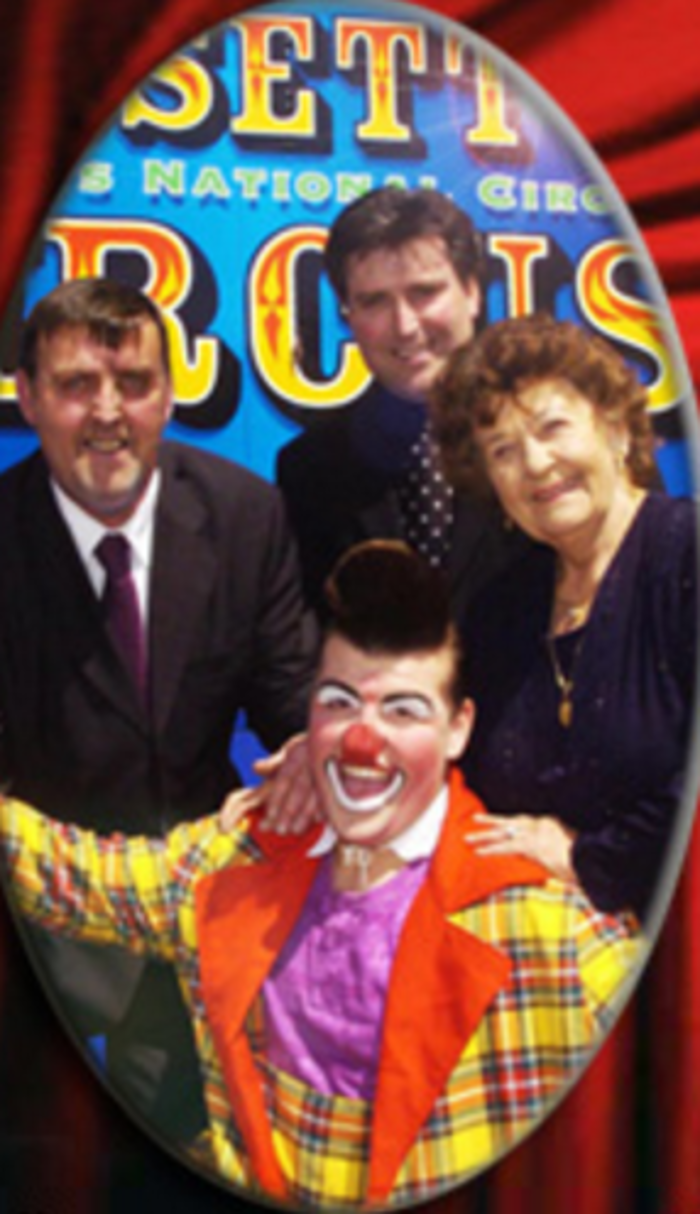 Fossett’s is pretty low margin. The company takes in about €800,000 a year through through a mix of entry charges at its shows and retail sales, such as the the money made from selling soft drinks. It’s about a 50-50 split between the two, a dramatic change from several decades ago where ticket sales made up about 85% of sales.

“We’ve had to focus more on retail as part of the business,” says Robert Fossett. As part of this the company offers offers several different levels of discounts through websites and community outlets, such as local rugby clubs, to help drive spending.

However, the circus spends almost exactly as much as it takes in. “If we were registered in other countries, we could register as a non-profit,” he says.

Like most companies, Fossett’s biggest cost is its staff. The company employs about 40 people between performance artists and backroom workers. The other major cost is transport. Fossett’s travels all over the country, often moving from one end of the country to the other, which Fossett says leads to costs quickly stacking up.

“On one hand we’re running a transport company, if you want to look at it like that,” he says. “Fuel is the other big one. In July, we’ll spend about €1,100 a week on generator fuel, when we open our doors in Christmas time that cost will have trebled, it’s as simple as that.”

Who are you selling to?

Fossett’s is tied to the Irish market. The circus is Ireland’s oldest and most famous, travelling the length and breadth of the country multiple times every year in an attempt to be seen by as many people as possible. 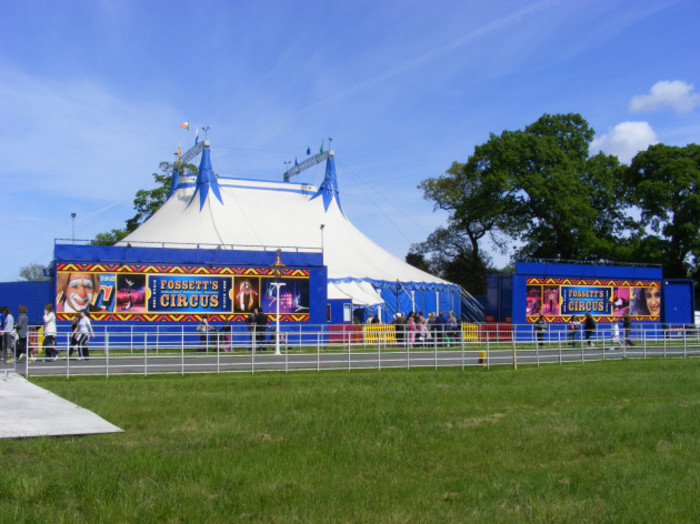 Fossett's tent in the Phoenix Park

Fossett looks shocked when the possibility of expanding abroad is even mentioned. “Circuses don’t leave their own country normally, it’s very, very rare,” he says. “And it’s not really what we’re about, our ethos is about the legacy of what we provide year after year as a national circus.

“(It’s like) a familiar entity that gives you a different show, almost like a different edition every year.”

The company has also looked to move into the corporate market, performing at shows and festivals such as Electric Picnic in recent years. “(The corporate events) are coming along nicely, there’s a security about it and it also helps spread the brand,” he says. “It’s a side of the business that’s really been cultivated in the last few years and really has the edge on competitors.”

There are a small number of other circuses who have made Ireland their base, such as Circus Gerbola and Tom Duffy’s circus, however Fossett says that they are not the main concern for the firm.

“Reputable circuses go about their business and sort of keep away from each other,” he says. “Even if they are close it’s ok. My father had a saying; ‘You can follow a good show, but you can’t follow a bad show.’

“The problem is that if you have a particular spurious type then they may look to jump in front of you and that can be problematic and then people aren’t going to come (to the circus).”

Although it had large debts before the examinership, Fossett thinks that the company’s position has stabilised after coming out the other side.

With much of its debt gone, for Ireland’s oldest circus it’s now a case of slow and steady; there will be no exponential growth as the Irish market is already largely tapped, no rapid expansion abroad.

That’s just fine by Fossett. “I would like to think that we can get to €900,000 turnover revenue over the next couple of years,” he says, as the company hopes to grow from corporate gigs and by targeting more performances during holidays such as Christmas. However, according to Fossett the bottom line is not the focus for the circus, as long as it makes enough to keep things running smoothly.

“We just try and get the costs covered and keep everything in play,” he says. “We don’t work for profit.”

More important for Fossett is to keep promoting the family brand, with the goal of ensuring that it is identified as Ireland’s ‘national’ circus.

“We’re part of the fibre of Ireland and that’s where our loyalty is. It’s not about my brother and I making money to buy a big house,” he says. “We are just the current caretakers of Fossett’s. We need to keep it steady, so that it’s still there to hand onto the next caretaker.”

Read: The man behind the money: Meet one of the country’s best investors