TONY CORRIGAN SPENDS a lot of his time working. The CEO of Orbidal also spends a lot of time training for marathons – which gives him some more time to think about work.

Orbidal - which was previously known as Tenderscout - helps businesses find and procure government contracts. It’s already working in the US, UK and Europe and is planning to launch a major product upgrade by the end of May.

As part of our weekly question-and-answer series,  we talked to Corrigan about solar powered Kindles and the importance of honesty in the business world.

I’m firm but fair. I like to give people autonomy and I like people to learn from their mistakes.

Some of the toughest decisions I’ve had to make, especially in building up this company, have been trying to decide what to spend very little money on. A lot of the time it’s choosing between something like paying someone a salary that they really deserve or doing something that it more impactful or longer term for the company.

A lot of the time people don’t have all of the information to understand the decisions that you make. It can be quite hard to balance the long term future of the business with the short term needs of the people working in it.

I spend a lot of my time working, and I’m the kind of person that if I really want something I’ll just get it and figure out how to pay for it. I guess my attitude is you only live once and opportunities only come around once, so you kind of have to take them when you get them.

There’s nothing I particularly want – except maybe tickets to the next Kate Bush concert.

A magic lamp might be useful, or a solar-powered Kindle. The Kindle is my favourite thing in the world, I reckon if I had a solar powered one I’d be happy forever.

It wasn’t in words, it was more of an attitude, and it was from my mother. She was in an accident that left her paralysed when she was 19, she never lets it get in the way of anything she wants to do.

That taught me that there’s no real adversity that can’t be overcome with resilience, determination and a positive outlook. 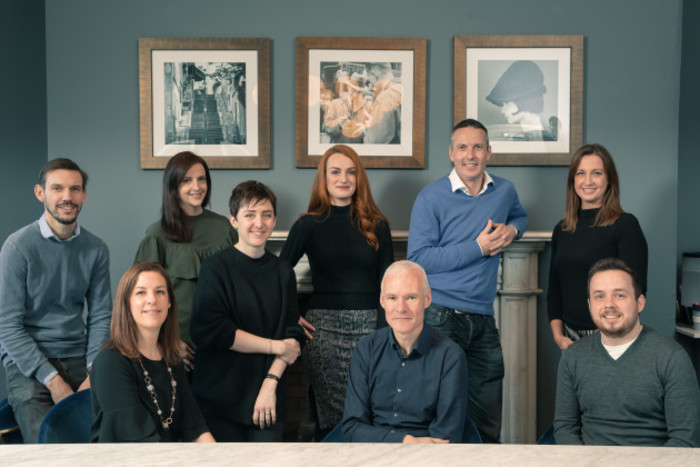 Somebody who is not willing to be a partner and only sees the relationship as a win-lose relationship. More than that, I’ve met plenty of people in business who are not quite honest and don’t really mind who they upset to get what they want out of life.

The best way to motivate staff is to make sure that they are included in the big picture, so they feel that they have an input into the important decisions that are being made in the company.

I don’t think I’ve kicked any of the bad ones. I tend to work continuously and if I’m not working continuously I’m thinking about work.

I get up in the morning and spend about an hour fighting with the children to try and get them to wear clothes – it’s important to me they do that when they leave the house. From 8.30am I’m working and I don’t switch off until 11pm.

10.04.2019'Any financial planning that you do, build in some resilience - things will never go exactly to plan'

I have admired Workhuman for a long time. I know the founder so I’ve had an opportunity to see the evolution of that company and the challenges that have been overcome.

Getting to a point where you have momentum. We’re doing an awful lot of the right things but you have to do them for a lot longer than you think before the business starts to get a momentum of its own.

We’re starting to see that momentum. Maybe in another six or nine months time I hope that momentum will turn into something that really builds a long-term sustainable business.

I have a few and they’re all pretty mean. One of the questions that I like to ask is, ‘if you were to get this job, what’s the first thing that you would change about this business?’

Most people spend a lot of time presenting their best face in an interview. Sometimes you wonder, do they even know what they’re interviewing for? I think asking them a question that’s less about them and more about the job they’re going to do, helps to understand whether they actually understand the company.

I have had people at the end of an interview ask what is the interview for? They are just on a treadmill of companies that they’re interviewing for.