TAYTO PARK WILL introduce animatronic robots to the “queue experience” at one of its attractions to make the sometimes hours-long wait more entertaining for customers.

The company behind the crisps-inspired theme park in Ashbourne, Co Meath has tendered a contract to provide various upgrades at the Viking Voyage water ride.

Visitor feedback surveys identified that the queue for the ride was “the key area which needed to improve to ensure guests remained satisfied”, according to a tender document.

“During our peak months of visitors (June, July and August) the queue can reach up to two hours in length,” it said.

To improve the visitor experience, Tayto Park plans to break up the waiting area into “a sequence of mini destinations”.

It will provide customers with a “mixed media, multi-sensory encounter” telling the story of the Viking invasion of Ireland through live actors; male and female animatronic characters; audio and video installations; and other media.

“We are open to ideas on how we can use the dramatic history of Vikings in Ireland to create an experience that animates the queue area of Viking Voyage and engages and entertains visitors,” the tender document stated.

The project – slated for completion in June of this year – will cost €233,000 and is being funded by State agency Fáilte Ireland under its budget for tourism marketing brand Ireland’s Ancient East. 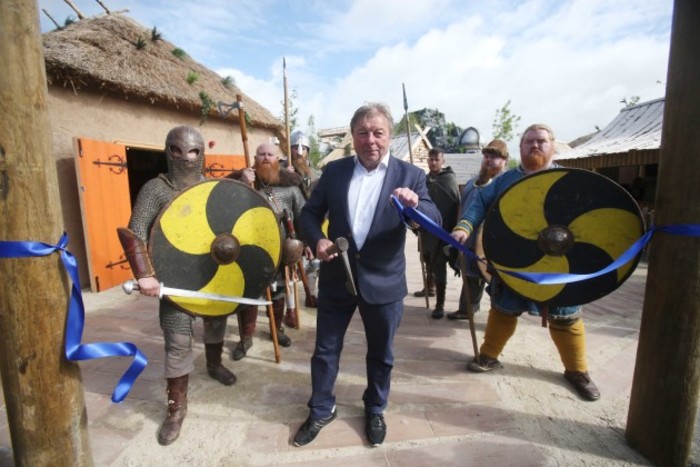 Tayto Park is one of the country’s top 10 fee-charging attractions, attracting hundreds of thousands of mainly Irish visitors.

The company noted in its tender for the Viking Voyage upgrades that about 8% of annual visitors come from Europe and the UK.

“We hope to increase the amount of people coming to Tayto Park from these markets by 2% a year, every year for the next five years,” it said.

For that reason, the successful bidder will have to translate any materials into French and German, as well as Irish.

“We would like some of the audio to contain Old Norse,” the company added, referring to the north Germanic language once spoken by the inhabitants of Scandinavia.

The upgrade to the Viking Voyage ride comes months after it was announced that Tayto Park plans to build a steel roller coaster estimated to cost €14 million.

The company behind the park, Ashbourne Visitor Centre Limited, submitted a planning application for the project in December of last year and a decision is due in February.

In a rationale for the project, prepared for Meath County Council by planning consultant Declan Brassil on behalf of the company, it is noted that the last major attraction introduced at Tayto Park was the Cú Chulainn wooden roller coaster.

The letter to the council’s planning department stated that visitor numbers peaked at 700,000 the year Cú Chulainn opened in 2015 and have yet to return to such heights.

“Since the peak visitor numbers of 2015, Tayto Park has experienced a gradual decline in yearly and peak day visitor numbers. Yearly visitor numbers dropped to 600,000 the year after the opening of the roller coaster and have remained slightly below this number for the last two years,” Brassil wrote. 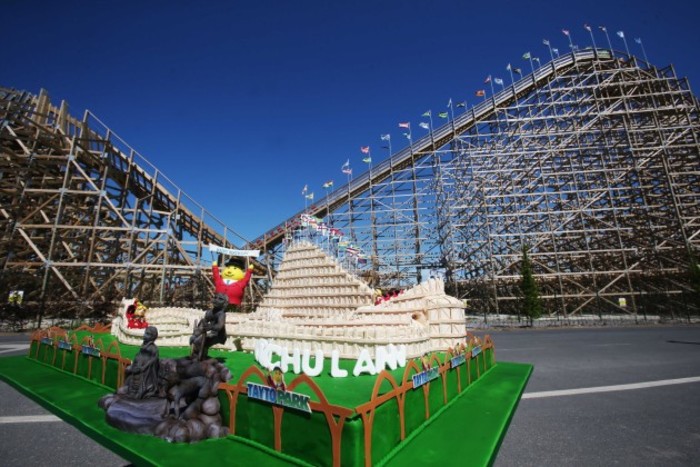 The consultant said that given the relative size of the Irish market and the “underlying trend of declining visitor numbers”, it is necessary for Tayto Park to invest in a new attraction to protect its position as one of the country’s top attractions.

Considering it won’t be until 2021 that the proposed steel roller coaster is up and running, Brassil said the development – consisting of two separate rides with a combined track length of 972 m – is “critical in securing the future of the park and its ongoing contribution to the local and regional economies”.

Tayto Park opened in 2010 and was the brainchild of former farmer Ray Coyle, who started snacks manufacturing giant Largo Foods in 1982 and acquired the iconic Tayto and King crisp brands for €62 million in 2006.

After 35 years at its helm, he retired from Largo but is still CEO of Tayto Park.

Tens of millions of euro has been invested in the attraction, including €10 million of Ray Coyle’s cash for the Cú Chulainn roller coaster.

In addition to that ride and the Viking Voyage experience, Tayto Park operates a zoo and a driving school for children which is run in partnership with motoring brand Nissan.