THE OWNER OF a so-called ‘superpub’ that fought Dublin council and won is battling city planners once again to win approval for its latest expansion.

Last May, Gambetta Limited – a firm owned by the couple that runs Dublin’s Nurse On Call agency – was granted permission by the national planning board to build a licensed restaurant, cafe and bar development at 16 Harcourt Street, which the council had labelled a “superpub” in a rejection that was ultimately overturned.

An Bord Pleanála overruled both the council and its own inspector at the time when it said the use of the premises as a bar, restaurant and cafe was suitable and would fit in with the nature of other commercial businesses in the area.

Despite approving the development, the national planning authority attached stringent conditions to the project at the time.

For example, the venue was prohibited from being used as a nightclub, and the bar and restaurant was only allowed operate during the hours of 8am and 11pm.

Having already pursued its original application through the full planning process, Gambetta submitted a fresh proposal in December of last year to demolish several nearby buildings on Montague Street to accommodate a five-storey restaurant/cafe bar, pizzeria, coffee shop and hostel. It also sought to complete various renovation works at 16 Harcourt Street.

In its application, the company said the development would “increase commercial density on an under-utilised site within a built-up area” and said it believed the project would “upgrade Montague Street and Montague Lane which is in need of being regenerated”. 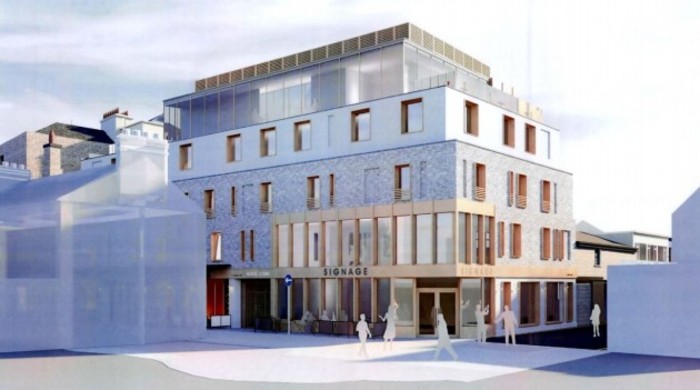 However those plans were knocked down in recent weeks when Dublin City Council refused to grant permission for the project.

It rejected Gambetta’s proposal for the five-storey block on several grounds, including concerns that it would “lead to an over-concentration of licensed premises in this area of the city”, also home to the famous Copper Face Jack’s nightclub, which was recently put up for sale with an asking price of €40 million.

“The proposal would result in an undesirable precedent for further such development, would depreciate the value of property in the vicinity and, as such, would be contrary to the proper planning and sustainable development of the area,” the council stated in its decision.

The city authority also expressed concern over the extent the proposed demolition works would have on unprotected buildings in the area.

Gambetta has since appealed Dublin council’s refusal to An Bord Pleanála and a decision to due to be made on the matter by 18 July.

Cuffe claimed in his observation that the development was “of an exceedingly mediocre  standard” and blasted the build as a “cheap, ill-considered and crass proposal”.

“More bars and hostels catering for inebriated short-break tourists are the antithesis of what Dublin city needs at this juncture.”

The latest financial results for Gambetta Limited show that it had an accumulated profit of €198,736 at the end of 2017 and fixed assets – namely investment properties – worth €2.9 million.