A RESTAURANT NEIGHBOURING St Andrew’s Church has claimed the proposed multimillion-euro renovation of the historic building could cause a “major vermin problem”.

The neo-gothic church, which is currently vacant, was formerly used as a tourist information centre. The famous Molly Malone statue is located in front of the building.

The €5 million plan for the building included an internal re-fit and the construction of three new extensions to the building to house necessary plant, storage and waste management services.

Limited alterations were proposed to the external structure, however the plans noted the car parking area will be removed and replaced by a mix of hard and soft landscaping with new movable seating.

In a letter to the council, the owner of tapas bar and restaurant Salamanca, which is located beside St Andrew’s Church, said they were particularly concerned about the development of the car park area.

“If it involves the digging up of the car park it will lead to a major vermin problem,” wrote Caroline Boyle. Fora contacted Boyle for comment but she was unavailable at the time of publication.

A spokeswoman for the restaurant confirmed that there is a rat problem in the car park and if the site was dug up there were fears that vermin could migrate onto Salamanca’s premises. 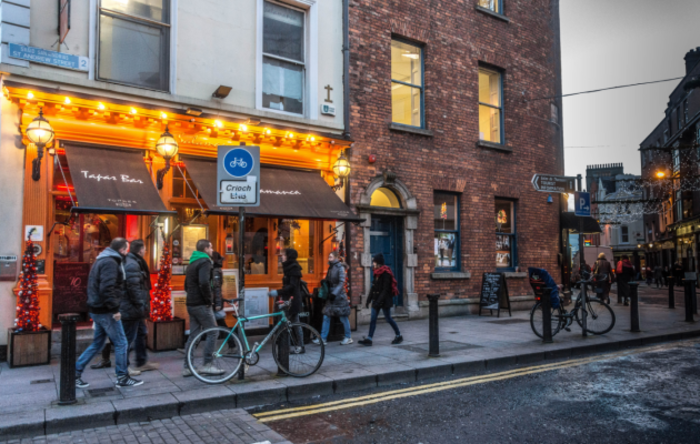 The redevelopment of the old church is being led by a company connected to Wright, a member of the Howth family which owns several restaurants, a seafood business, the Dublin Airport’s Marquette food hall and The Wright Venue in Swords.

At the end of March, Wright was granted a seven-day drinks licence for the proposed food hall, which he said could rival Cork’s famous English Market.

In attendance at the Circuit Court, Wright said plans for the new market are modelled on the Marquette at Dublin Airport. He said he was confident the work would be complete within a maximum of nine months.

The final dates for observations on the proposed development is 18 April. A decision on the application for planning permission will be issued by Dublin council in the coming months.

With reporting from Ray Managh