RESTAURATEUR MICHAEL WRIGHT has told a judge his company will pour €5 million into a complete re-fit of the historic St Andrew’s Church as a licensed food court, banqueting hall and culture centre in Dublin city centre.

Wright is a member of the Howth family which run restaurants, a seafood business, the Marquette food hall at Dublin Airport and The Wright Venue in Swords.

He told Constance Cassidy SC, who appeared in the licensing application with barrister Niki Andrews, that the St Andrew’s proposal was modelled on the Marquette at Dublin Airport.

He said his company has already been approached with regard to setting up similar outlets at New York’s JFK Airport, Vancouver airport in Canada, Manchester and Birmingham airports.

Wright said he looked forward to the challenge of redeveloping the listed building and he was confident the work would be complete within a maximum of nine months. 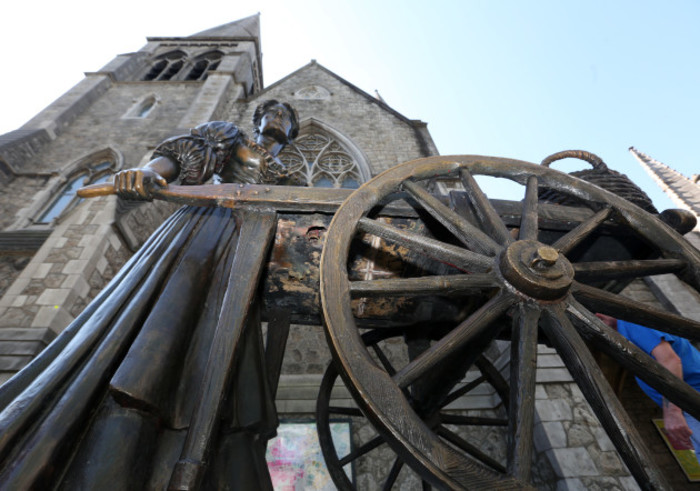 The plans involve limited alterations to the external structure, but it does include three new extensions attached to the building to house necessary plant, storage and waste management services separate from historical fabric.

The car parking area will be removed and replaced by a mix of hard and soft landscaping with new movable seating.

The currently vacant neo-gothic church was formerly used as a tourist information centre and the front of the building is now home to the world-famous Molly Malone statue.

The company plans the provision of a new vibrant public space for the city and does not propose the removal of the historic 19th century surrounding gates and railings.

Architect Joseph Doyle told the court the proposal primarily related to the interior of the building and as such there would be little or no visual impact on the surrounding area.

Mink Fusion proposed providing public access to the site for the duration of opening hours of the food hall but to secure the site during night hours to avoid misuse and safely preserve the historic gravestones spread around the perimeter of the site.

Judge Groarke granted Mink Fusion a ‘declaratory order’ for a full seven-day publican’s licence and restaurant certificate on the basis of completion within the parameters of planning permission.

Cassidy said that in order to facilitate the grant of a new licence, an existing licence in Main Street, Castleconnell, Co Limerick, had been extinguished.