RYANAIR BOSS MICHAEL O’Leary wrote to the European Commission last year asking for its help in resolving a legal dispute with Irish officials over where it taxes European staff.

In November 2018, the airline launched legal action against Revenue and Minister for Finance Paschal Donohoe over laws the company said require it to put European staff on Irish contracts.

The budget carrier has had a long-standing practice of putting some direct and agency staff on Irish contracts even if they live and work elsewhere.

This has been a source of frustration for pilot and cabin crew trade unions, which the airline has been in negotiations with since its shock decision to recognise unions in December 2017.

Ryanair sought to change a measure, introduced in 2011, that provides for the taxation of income earned by flight crew members who work on Irish-registered and -managed aircraft that operate in international traffic.

O’Leary – who will soon step away from the day-to-day running of the business – told the company’s annual general meeting in September 2018 that Ryanair was lobbying the State to change these laws.

Documents obtained by Fora show that O’Leary contacted EU Employment Commissioner Marianne Thyssen on 21 December asking her to “add your influential voice” to the dispute and write a letter of support for the company.

He asked the commissioner to call on the Irish government – specifically Paschal Donohoe – to refer the matter to the European Court of Justice “so that other European Governments can express an opinion on, or intervene in, this case”. 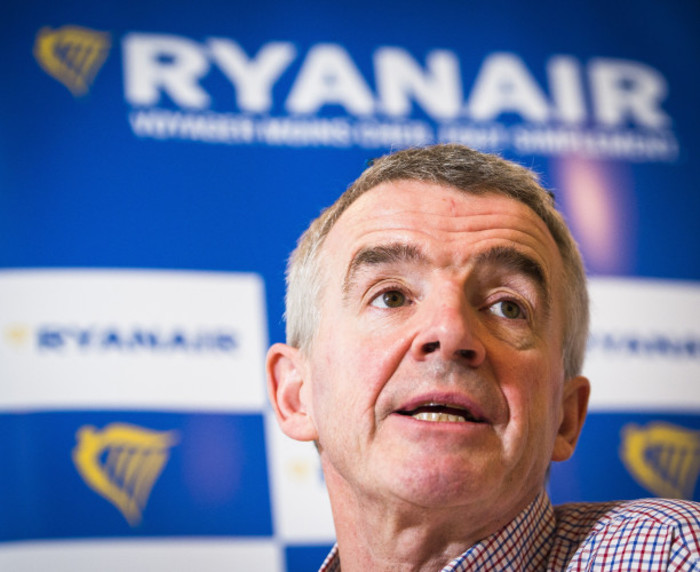 “Ryanair has committed in our negotiations with pilot and cabin crew unions across Europe to move to local contracts at the earliest possible date in 2019,” O’Leary wrote.

He told Thyssen the move was “subject only to reaching agreement with the Irish government that we may move these individuals to local income tax … in exactly the same way they currently pay local social taxes”.

“The Irish Government has refused this permission, and is insisting that these non-resident pilots and cabin crew continue to pay income tax,” he alleged, explaining that Ryanair had taken High Court action over the matter.

“We need the help and support of the EU Commission, and the other European Governments, to persuade the Irish Government to release this tax liability upon Ryanair crews who are based in other EU countries to pay their income taxes here in Ireland – solely because Ryanair is managed and controlled here in Ireland.”

Accompanying the letter was a copy of an Irish Examiner article reporting on the High Court proceedings.

The report stated that Ryanair claimed it could lose €5 million a year because of Ireland’s tax laws.

Prior to its shock 2017 decision to recognise trade unions for the first time in its history, Ryanair had argued that certain workers’ contracts should be viewed as legitimately Irish because the employees benefit from local social security and their salaries are paid into bank accounts opened in Ireland.