THE NUMBER OF flights Ryanair has cancelled due to disruptions in air traffic control (ATC) services increased in June.

New figures released by the Dublin-headquartered, low-cost airline show that over 1,100 scheduled flights were axed last month, compared to 1,000 cancelled flights in May.

“Ryanair calls for urgent action by the EU Commission and European governments to ameliorate the effect of ATC strikes and staff shortages in the UK, Germany and France from disrupting the travel plans of millions of Europe’s consumers this summer,” he said. 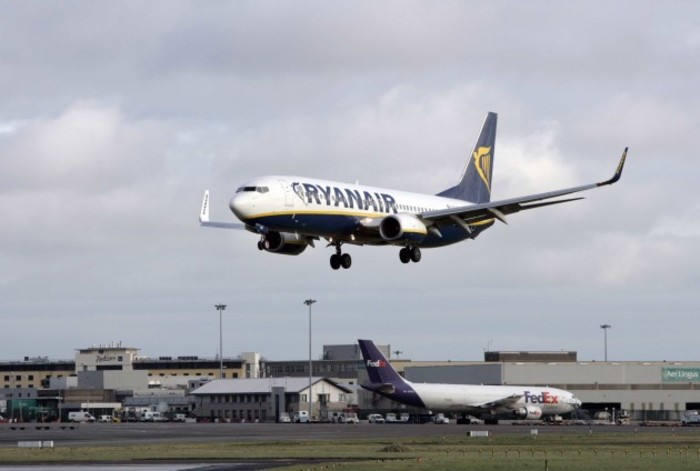 In a morning briefing note, analysts at Goodbody stockbrokers said the issue is “proving to be more of a headwind than last year”, when European air travel was afflicted by the same problem.

Goodbody researchers Mark Simpson and Nuala McMahon suggested the latest wave of cancellations is having a “negative impact” on Ryanair’s sales because passengers reallocated on new flights are taking up empty seats that might otherwise have been sold at a premium to customers booking at the last minute.

Under the guise of airline representative group Airlines For Europe, Ryanair has joined forces with Aer Lingus-owner IAG in a plea for the European Commission to take “urgent and decisive action” to ensure ATC providers are adequately staffed and the minimise disruption caused by strikes.

“They are destroying European air traffic and having a huge impact on consumers,” he said of the ATC strikes.

Some 12.6 million passengers flew with Ryanair in June, a near-7% increase on the same month last year. Load factor – which measures the average number of seats filled on a flight – was stagnant at 96%.

So far this year, it has carried 72 million passengers, an 11% increase on the same six-month period in 2017.

Separately, it is expected that Ryanair pilots will soon announce the result of a ballot on whether or not to take strike action.

As previously report by Fora, the airline has struggled to cut a deal with Dublin-based pilots after announcing in December its intention to recognise trade unions.