FIRST, THE FAMILY pet slept in the back yard. Then it was welcomed into the house. Now, it could very well share a bedroom – if not a bed – with its owner.

The evolution of people treating cats and dogs like one of the family has helped pet care evolve into a lucrative, multibillion-euro industry, opening up new opportunities for Irish entrepreneurs.

Some 80 million households across the EU alone own at least one pet, according to 2018 figures compiled by pet food industry representative FEDIAF, with cats and dogs collectively making up most of the bloc’s domesticated animal population.

Widespread pet ownership has helped the cat and dog food market generate annual sales worth €21 billion, while the pet accessories and services industry is clocking in revenues of €18.5 billion each year.

Looking at Ireland alone, it is estimated there are some 450,000 dogs and 325,000 cats living among the human population, according to the FEDIAF. A 2018 Allianz pet insurance survey estimated that each mutt and feline costs their owner an average of €1,250 a year between food, toys, grooming and treats.

James McElroy, co-founder of dog-sitting marketplace HouseMyDog – which merged with Spanish competitor Gudog earlier this year – agrees that one of the biggest trends to emerge in the pet care category has been ‘pet humanisation’, marketing lingo for when animals are treated like people.

“This idea of a dog being just an animal is changing to a dog being a member of the family,” McElroy tells Fora.

Founded in 2015 by brothers James and Timothy McElroy – both shortlisted for the 2019 EY Entrepreneur of the Year award – HouseMyDog allows dog owners to book vetted pet-sitters and walkers online. 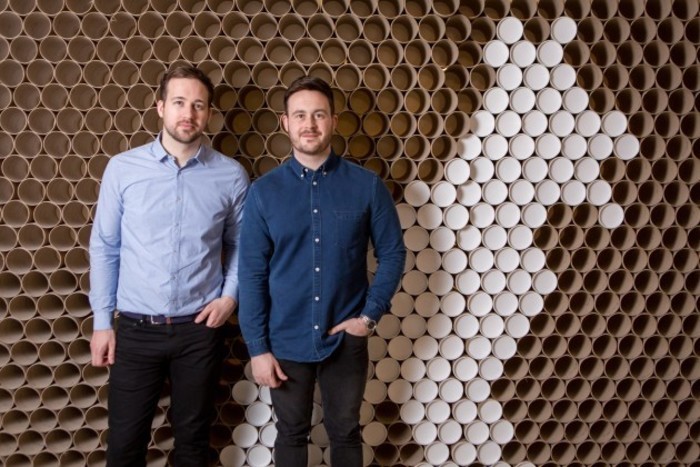 The pet-humanisation factor is particularly prevalent in HouseMyDog’s boarding service, where users can find someone to mind their mutt overnight.

McElroy says that although most owners of old-fashioned kennels love animals, “there are the negative connotations that people get with your dog being in a cage environment”.

“I think people don’t like the change of environment that (the dog) would have from its normal home,” he says.

Typical users of HouseMyDog – which will rebrand as Gudog by the end of the summer – are also reluctant to leave their hounds with family and friends.

“They’re not always available and if you’re travelling a couple of times a year it’s a big commitment to ask someone to look after your dog. People are also conscious that they want someone with the experience of looking after animals,” McElroy says.

Euromonitor International, the market research company, suggested in a recent report on pet care in Ireland that millennials in particular are willing to pay for premium products and services.

Though HouseMyDog is used by many families, young couples make up a big cohort of its core business, reflecting the so-called ‘pet parenting’ phenomenon.

“We find that couples are having kids slightly later and are getting a dog beforehand – that seems to be the trend.”

The merger with Gudog has opened up Spain and France for the McElroys, though HouseMyDog was already active in cities throughout the UK, Austria, Belgium and Germany, showing there’s high demand for such a service in densely populated urban areas.

When James McIlvenna and his wife, Lauren, decided to get a Labrador pup, they quickly realised how much work is involved in nurturing a young dog – which ultimately inspired the foundation of toy company K9 Connectables.

“We would take her for walks and try and drain the energy, but she still would have tonnes of energy when you’d get home after an hour’s walk. We found a lot of problems can come from not channeling their energy into appropriate behaviour,” McIlvenna says.

The couple bought dog toys to occupy the pup, Sandy. A product designer by trade, McIlvenna thought what was on offer was “pretty basic”.

Using contacts he had built from spending two years working in China, McIvenna started producing the K9 Connectables range of advanced dog toys, 60,000 of which were sold in the first two years of operation with the company listed in 400 stores across Ireland and the UK.

“The idea is that the dog has to break them apart, so they get the satisfaction of breaking something but in a positive way. You also hide treats between (the two parts of the toys).”

As human relationships with animals become more evolved, so too do the techniques for managing their behaviour.

“(Dogs are) a full Duracell every day they wake up, and if you don’t discharge that battery, they’ll find ways to discharge it and that usually results in negative behaviour that you don’t want,” McIlvenna says.

“It’s always going to be, take your dog for a walk first and foremost, preferably off the lead. And then use our product for an active lifestyle.”

As K9 Connectables looks to grow its business, the company received funding from dog food maker Connolly’s Red Mills to the tune of €300,000, which was matched with a further €250,000 investment from Enterprise Ireland.

That money has gone towards creating new designs and adding dog treats to K9 Connectables’ range as it pushes into Europe.

As the quality of care for cats and dogs improves, so too has their lifespans, which has contributed to a deficit in drug treatments for small animals as they reach middle age.

Waterford-based TriviumVet, which raised €3.2 million last year, is looking to mooch into this gap in the market and has developed a beef-flavoured tablet for treating gastric ulcers in older dogs. The drug is currently making its way through the regulatory process, while a heart disease treatment is also at the advanced stage of development.

Having previously worked in the pets supplements business, TriviumVet co-founder Louise Grubb has witnessed the changing attitudes towards pets.

“We are now looking at pet healthcare in a whole different light. We are looking at them as members of the family. Our expectation in terms of treatment, their general healthcare, that has all improved because of the expectation of the owner,” she says. 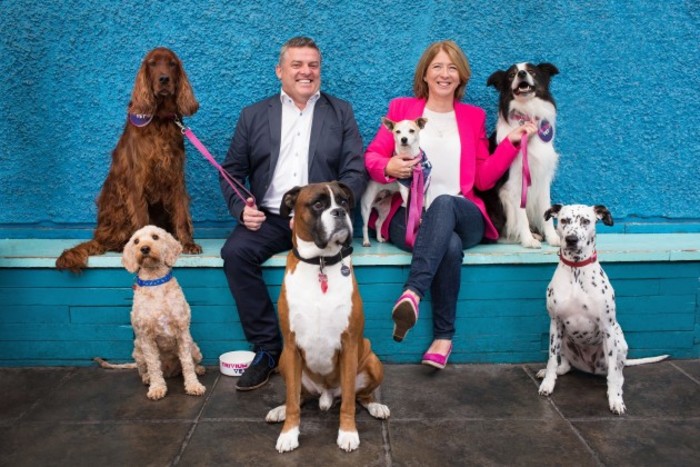 As well as developing its own drugs, the company has also acquired the veterinary licensing rights of some human treatments.

“We do look at what’s happening in human medicine and see if there is a potential for some of the developments that are done in human products for application in dogs and cats … That’s really where we feel some of the cutting edge stuff will come from.”

Grubb says the fact that the regulatory process for animal drug development is so lengthy and cumbersome demonstrates that pet humanisation is far from being a fad.

“If you wanted to register a veterinary medicine, the regulatory commitment is almost the same as for human medicine,” she says.

“The only difference is showing the efficacy. You can show it more directly in dogs than you can in people, but you’re still looking at a three- to five-year period during which time you need to do clinical studies to show the safety and the efficacy (of the drug).

“It is a recognition that it’s not going to change. The pet is part of the family … Fundamentally, if your pet is sick, you want top-class care for them.”