AFTER RAISING €3.2 million last year, Waterford-based animal therapeutics company TriviumVet wants to take on treatments for dogs that have been overlooked by big players.

As care for pets has improved over the years, animals are living longer, she said.

“The downside of that is that they develop diseases up to middle age and there are really not a huge number of drugs on the market for treating the chronic conditions like diabetes or arthritis.”

TriviumVet is developing its first drug for treating gastric ulcers in dogs and is preparing to enter clinical testing.

According to Grubb, it’s an ailment that has been largely under-estimated by multinational drug firms, which usually look at very common treatments such as drugs that remedy worms or fleas.

“The larger companies tend to look at a much bigger market whereas we’re able to look down at a niche area.”

The treatment of niche dog diseases remains a developing market, she said, but TriviumVet wanted to focus on these areas while there still “aren’t any products already registered in that space”.

“There are certain diseases that are now being treated that heretofore were not even being recognised. As dogs live longer, with some of these chronic diseases, there hasn’t been a requirement for treatment,” Grubb said.

She added that it’s very much possible that once these treatments gather steam, the multinationals may come knocking for small companies that are developing novelty drugs:

“This would be quite characteristic of the pharmaceutical market.”

Developing drugs for smaller animals like dogs and cats presents its own unique challenges. 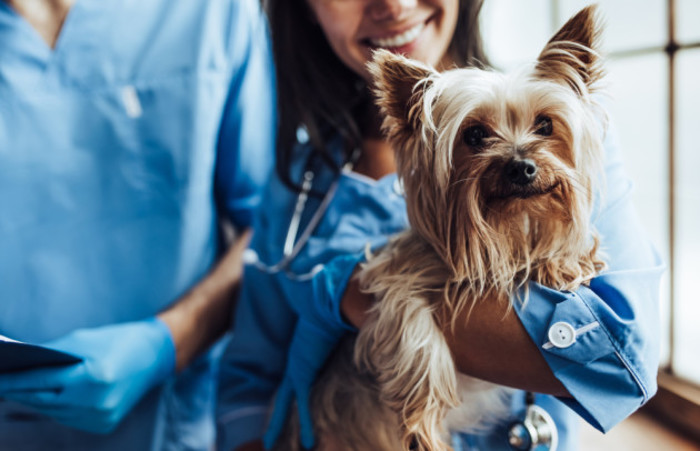 Much like all drugs, the makers must prove its efficacy and safety, but developing treatments for animals at the right dosage can be a hurdle, Grubb said.

“We start from the beginning and make sure the presentation is right so it’s easy to dose (for dogs),” she said.

TriviumVet is now prepping for clinical trials of its initial treatment within the next three months and is engaging with regulators on both sides of the Atlantic.

Grubb is reluctant to put a specific timeline on the process as there are many variables at play but is hoping to have the gastric ulcer drug on the market by the end of 2020.

The markets in the US and Europe have a lot of similarities, she said, but some tweaks will be made to satisfy different authorities’ standards.

Tom Brennan, TriviumVet’s other co-founder, said there’s an appetite among investors for these drug developments, evidenced by the duo’s €3.2 million round in late 2018 that was raised “pretty quickly, I think over a period of two weeks”.

“We’ve had other investors in our various previous companies that got a return. We had a track record,” he said.

“There was an appetite to invest in healthcare technology business where there was a clear path to market with a reduced risk and with founders that had a track record.”

Grubb added that the company, which has five staff and is currently recruiting, has a pipeline already in place for future products as well.

“We have three or four products under investigation at the initial stages where we’re looking to see what’s going to be necessary to get those through the regulatory process.”