LAST WEEK, FRANCE inched closer to making its digital services tax a reality when its senate passed a new levy. The rules will impose a 3% annual tax on revenue generated in France by digital companies that have more than €750 million in global revenues every year.

In particular, it has targeted companies whose revenues stem from the harnessing of consumer data to sell ads.

The tax has been ushered in by Emmanuel Macron’s finance minister Bruno Le Maire, who was a supporter of an EU-wide digital services tax before talks paused earlier this year.

The US isn’t pleased about this unilateral move and has opened an investigation into the tax, claiming it unfairly targets American companies.

What has been the global reaction?

Given the number of tech firms that are American, and their expansive reach, the French tax disproportionately impacts US companies – though one Norwegian firm that does significant business in France warned that it will be unfairly affected.

The probe, known as a Section 301 investigation, is the same method used by the Trump administration to impose tariffs against China.

In response, Le Maire said that the two sides “can and must sort out differences in other ways than by using threats” but has not backed down.

While Le Maire and Steven Mnuchin, the US Treasury secretary, were able to have a a chat at a meeting of G7 ministers in Chantilly this week, a compromise seems no closer.

Any discussions of tech multinationals’ tax situations inevitably thrusts Ireland into the spotlight once again.

As the home of Google, Facebook, Apple and an assortment of others, this gallery of giants has been often championed as Ireland’s foreign direct investment (FDI) successes, creating thousands of jobs. 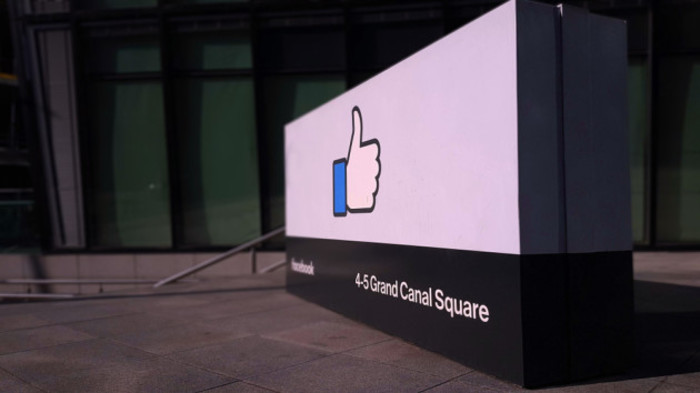 But for many years, Ireland’s low corporation tax rate of 12.5% has drawn the ire of lawmakers on the continent – not to mention the matter of Apple and the 13 billion big ones.

France moved forward with its own tech tax after negotiations for an EU-wide levy halted earlier this year, pending the outcome of talks at the Organisation for Economic Cooperation and Development (OECD).

Ireland and other countries like Sweden and Finland put the kibosh on an EU tax, which requires all members to be onboard. Ireland seemingly dodged a bullet for now but the issue of digital tax is not going away.

It has been taken into the hands of individual member states – France’s effort is by far the most advanced.

The Czech Republic has been mulling its own levy that would slap on a 7% charge on the so-called ‘GAFA’ companies (Google, Apple, Facebook, Amazon) and Austria is considering a 3% tax.

Each country’s efforts are different but the core is the same – making Big Tech cough up.

Any efforts that force large tech companies to pay taxes on revenues in each country will greatly damage Ireland’s attractiveness to FDI firms looking to base operations and revenue here.

A local or global approach?

Ireland has remained steadfast in its position that any changes to tech tax policy should be handled at a global-level through the OECD.

Susan Kilty, head of tax at PwC Ireland, said that unilateral efforts, such as France’s, would cause disruptions to this.

“The unilateral action by France – even if it is interim in nature – is one example of the unilateral type action the OECD are expressly working to avoid,” she said.

“The OECD have set an ambitious timeline for their work and that reflects the urgency they know is needed to achieve consensus and resolve this issue.”

Kilty added that it would not be practical for the European Commission to revisit its tax plans until the OECD completes its work.

Germany has favoured a global approach too so Ireland may have an unlikely ally on that front.

“Minister Donohoe has been consistent in his message that challenges in international tax are best addressed by finding a sustainable globally agreed solution through the OECD,” Kilty added.

“The US has also consistently supported this approach. Aligning all jurisdictions to ensure there is a limit on the amount of unilateral action will be paramount as the digital tax agenda progresses over the next 12 months.”

In the meantime, France has not shirked under pressure from the US and this week, at a meeting of G7 finance ministers, it sought international support for its plans. With France currently holding the G7 presidency, the issue is staying on the table.