TOMORROW APPLE WILL have its first day in court as the company fights a €13 billion tax bill levelled against it three years ago.

Days after the tech giant revealed a new iPhone, TV shows and other trinkets, all the pomp has died down and Apple finds itself in the headlines for entirely different reasons.

On Tuesday, a panel of judges at the General Court of the European Union in Luxembourg will hear oral arguments from the iPhone maker in its appeal against the case that found the company owed billions in taxes to Ireland.

The findings of the investigation have been doggedly denied by both Apple and Ireland, paving the way for this week’s hearing.

In 2016 Apple chief executive Tim Cook called the whole affair “total political crap” and that the case would upend the international tax system.

The case has been a cause for consternation in the boardrooms of Cupertino, California as the tax arrangements of large tech companies come under increasing scrutiny.

But Ireland is on Apple’s side. It will argue that the EU’s investigation “made manifest errors of assessment in misunderstanding Irish law and the relevant facts” and that investigators never clearly explained its theories of state aid during the probe.

The appeal has drawn the ire of opposition parties with Sinn Féin MEP Matt Carthy calling it a “wasteful appeal”. All the while, the €13 billion – plus interest – is resting in an escrow account. 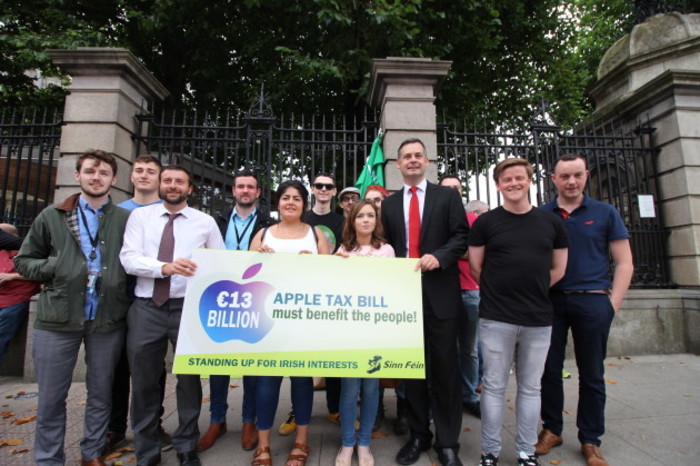 Commentators point out that Ireland could really use that €13 billion right about now to help address the housing crisis and shore up defences against the no-deal B-word next month.

However, in the government’s view, taking the money would admit wrongdoing and further damage Ireland’s tax system in global eyes.

The whole investigation was complicated and technical, but here’s a quick refresher.

The findings of the European Commission probe in 2016 deemed Ireland gave Apple illegal state aid worth up to €13 billion over the course of a decade and that it was effectively paying a rate of less than 1% – well below Ireland’s much-vaunted 12.5% corporate tax rate.

Apple has long been one of the many jewels in Ireland’s foreign direct investment crown, generating thousands of the jobs in the process.

At the heart of the European Commission’s investigation, led by antitrust chief Margrethe Vestager, are two tax rulings from Revenue in 1991 and 2007 that approved how profits are taxed at two of Apple’s Irish-registered companies.

It found that Ireland’s regime had “substantially and artificially” lowered Apple’s Irish tax bills since 1991 and that this was essentially special treatment. In the European Commission’s eyes, Apple needed to pony up and pay the money back from a period between 2003 and 2014.

EU lawmakers took issue with the wider implications of this, beyond Ireland. Apple was able to book much of its sales in Europe in Ireland – not the country the sale took place – and pay the rock-bottom tax rate.

This is all happening at a sensitive time for Ireland. Its corporate tax rate – and how tech companies are taxed generally – are firmly on the agenda. 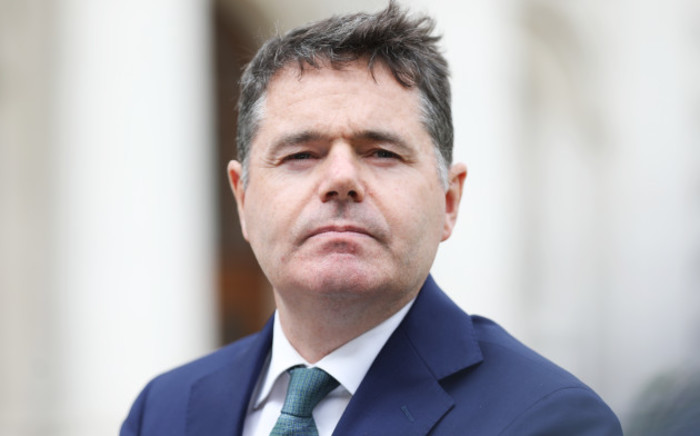 Ireland has managed to stave off an EU-wide tech tax rate for now, instead favouring a coordinated approach to reforms headed up by the Organisation for Economic Co-operation and Development.

Frustrated with slow advances in tax reforms, other EU member states, namely France, have introduced their own national-level tax for tech firms.

The European Commission will be getting some new faces in November when the new five-year term starts.

Nominated commissioner for economic affairs Paolo Gentiloni said last week that a digital services tax will be back on the table, whether that’s a global agreement or an EU one.

“The Commission will seek to reach an accord by 2020, but if that’s not possible, my mission will be to propose a European web tax … we’re not prepared to wait,” he told an Italian newspaper.

But one European Commission face that will not be changing in November is the role of antitrust chief. Margrethe Vestager is tipped to stay on for another five years with the added responsibility for digital regulation.

With an increasing political backlash against tech in the EU and the US, Apple’s appeal this week, in many ways, is the first major strike back from Big Tech.